September 24, 2012
Word that I had managed, through a friend, to purchase two Paul McCartney tickets (for the equivalent of a monthly mortgage payment) was received with a barely disguised yawn from Michael, our music-loving, 18-year-old son.

His argument went like this:  McCartney tickets cost more than tickets for Japandroids,  so, immediately, what's up with that? Then, there is the fact that McCartney is well past his best-before date. 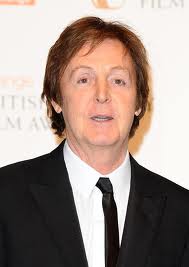 The argument continued like this: Yesterday, he was the real Paul McCartney. Today, he's part of an overpriced, overproduced appeal to nostalgia aimed at those who haven't listened to new music, don't support new music, are trapped in the past. And are willing to pay for that insulation.

(And his mom has a point, too, when she said wistfully, "Who I'd really like to see is John Lennon. What would he sound like today?")

But, here's the thing.

Paul McCartney's songs are monuments in our lives. They are more real than statues or the vinyl discs that carry them. We know every note. Every chord. When one Lennon-McCartney song ends, we know which song comes next on the album. We live in those songs. And we see through them.

If you insist on the argument that an artist is only what he was at his peak, then, yes, it's a hoax to say you're going to a Paul McCartney concert.

After all,  Johnny Cash played to the end. What we got was an artist when he was old, and he gave us a lot to love and consider in that honesty.

Is McCartney Cash? I don't know, but I'll take the chance that the intersection of past and present will be worth it. He was good enough to pay now to say thanks for then. 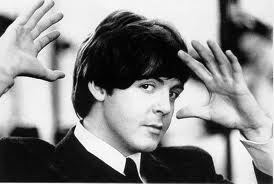