September 04, 2012
I'm sure I learned a lot in grade seven. Some Australian history, some Guy de Maupassant, some wrestling moves in gym class, no doubt. I think I learned how to light a stage in drama class and, in health class, how cows reproduce. I began to learn that some teachers were only a day or two ahead of their students.

But I also learned in grade seven how to be alone. And that was a lesson courtesy one of the few great teachers I have had in my learning life. I've never forgotten it. 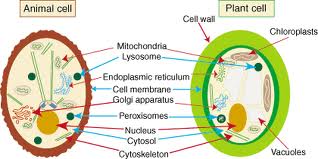 It was Mr. Litwin's science class at St. Francis of Assisi School in wide open northeast Edmonton. It was a time when teachers were known by their first names. Those names were either Mrs., Miss, or, as in Mr. Litwin's case, Mr. Of course, he had a first name. It was Nestor. It was still a few years before I would learn that Nestor was an iconic name, one of those names that might, in fact, indicate one's character, fate. For, Nestor was a Greek commander, counsellor to Agamemnon, known for his wisdom and oratory. *

The namesake of The Iliad's warrior was, that week, teaching a class of north end kids the structure of plant and animal cells. Each day in science class it was our job to peer through a microscope and return a decision to the class about whether the slide we were looking at contained a plant or animal cell.

But I see with the clarity conferred by time that Mr. Litwin was interested in another kind of emerging voice. And, so, when he saw me venture out on that animal cell limb, out he pushed me, forcing me to defend my decision, even as other students guffawed and I felt my private resolve go publicly limp. But, there I was, so I gave it my lonely best -- as my body temperature rose.

We handed in our hand-drawn cell diagrams. And when a day or two later we got them back, it turned out that I had been the only one who somehow had gotten it right. At the time, I didn't realize I had been given something more than a high mark. But, as life showed me again and again the pain of following a group for no other reason than its size, I looked back on that day in the science lab at St. Francis and, more than once, silently thanked Mr. Litwin for giving me the courage to speak my convictions.

Today was the first day of school in Edmonton. And there will be good lessons about getting along with others, working in teams, compromising and forging alliances and networks.

And that's good. Group work is good. But groups are also made up of individuals. And  I just hope there are still teachers like Mr. Litwin who teach students to stand, and speak, alone.

Because I certainly retained nothing about biology.


*Thanks to Alex, our son in his fourth year of classics (talk about standing alone! lol) at the University of Alberta, for the Nestor refresher!