How Stories Are Killed

Tonight, I have been watching a remarkable story unfold on Twitter. Here's the end of it in a retweet from Clay Shirky:

Clay Shirky ‏@cshirky
We did it! @HomicideWatch crosses $40K in funding, will keep covering murders in DC. Thanks and congrats to everyone who pitched in!

This is a deduction from afar, but the beginning of the story must have been a decision by the conventional media in Washington, DC, to stop covering every homicide in their community. Maybe there were just too many murders and there was an opportunity cost to covering them. Maybe there was research suggesting that readers stopped reading and viewers stopped viewing when they were asked to consume the facts and images of murder scenes. Maybe the chamber of commerce logic won the day, and editors were convinced of the argument that bad news was bad business. Maybe the advertisers couldn't sell as much happiness when the reality outside the door was so different and so sad.

When a murder is still terrifying, dangerous, weird or wild or heart-breaking, when it is still a breach of the norm, then it makes some sense to report it.

Whatever the reason was, the reporting stopped. And that compelled those behind homicidewatch.org to answer back.

This is what the site says about its mission:


The site relaunched in August 2011, adding a custom database to track homicide cases from crime to conviction, building the area's most complete public resource to for the people who need it most: victim's families, suspects' families, and all others affected by violent crime in D.C.

What a refreshingly unabashed defence of the storyteller's reaction to the irreversible fact of crime. Sad that it has to be made, but honest and clear-eyed, nonetheless.

From the time last century when I was a crime reporter at The Edmonton Sun to the days I was the news director at CTV Edmonton, I heard and felt each of the pressures listed above when it came to reporting murders.  I'm not in that part of the media world anymore, but I think it's accurate to say that those arguments, even in Edmonton, continue to have force. Besides, crime reporting takes time and resources and a reporter's touch to build contacts, and all of that is expensive. Those documents you want? You actually have to go and chase them down yourself.

But, not covering murders from start to finish doesn't make your community a safer place. It just puts a gate up in the community. Unavoidably, it draws a conclusion about the type of community you live in, and about the kinds of lives that matter.

Anyways, congrats to those who run and support homicidewatch.org. They strike me as the kind of people who would be very happy for the day they have no work to do. 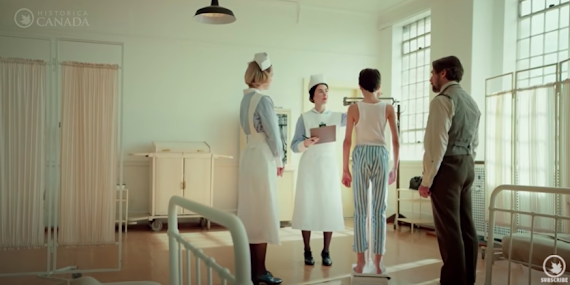