December 15, 2012
Let's start on a tight shot of a tweet posted today by CTV National producer Rosa Hwang, who is responding in words to the anger of those offended by some of the pictures and sound they see and hear in coverage of the Newtown murders. Here it is:

Rosa Hwang ‏@RosaHwangCTV
For those slamming media coverage of #Newtown, most reporters are doing their best to be responsible and measured. Many are parents too.


I don't know Rosa, but I enjoy her tweets and know where she is coming from. For years I worked in the conventional news media, most of that time in television, much of it helping decide if not exactly what to shoot, then what to air and what would be seen. And I have heard the anger and disbelief and sorrow of viewers who slam the media's coverage of disasters the core of which is human heartbreak. Over the years, I have been yelled at, sworn at, likened to a vulture, a ghoul, a piece of scum, and threatened with physical violence. And it never really got any easier, even though I knew what was coming when the phone, and, then, later, the Twitter feed, lit up. 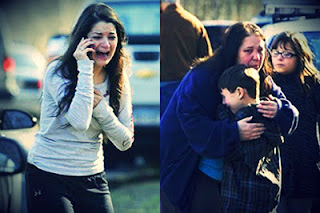 Of course, there were many ways to defend our actions, aspects of the story, coverage or context  the media consumer-cum-critic didn't immediately appreciate. You were offended by what you saw? Trust us, we edited out much more offensive content that the public will never see. We are responsible, we are measured. Too graphic? The truth is it is the truth. That is what we do as journalists. We witness the truth. This is happening in our community and you have a right to know. What right do we have to cleanse it, to censor it? You claim we are missing compassion or empathy for the victims by recording grief? Please know this breaks our hearts, too. We are parents, too. And a lot of us will give our kids a special hug when we get home. And so on.

Quietly, we drew conclusions about the hypocrisy and shame that run in currents alongside humanity's more obviously desirable qualities. And, we sensed people are just not comfortable with the implications of feeling most alive and charged and vibrant when confronted by disaster they can view from the safe distance of newspaper, TV monitor, novel – or that they have escaped from. 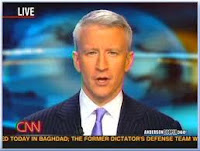 Yes, there is still so much that typical news consumers do not understand about themselves or the restraint and principle that do inform decisions made in modern newsrooms, warped as they are by commercial and staffing and competitive pressures. CNN's Anderson Cooper tried to pull back some of that veil on the first night of the Newtown story, telling his audience his network would not mention over and over again the name of the gunman for fear it would deliver the unintentional message that a mass killing would guarantee prime-time coverage.

But there is also much that our professional video storytellers don't completely or always appreciate. 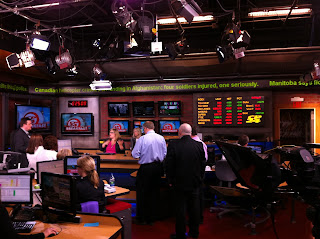 For the most part, television-viewing takes place within a home's four walls that themselves mark it off as separate from the public world. Pratt remind us that "all utterances take place against the background of a whole range of contemporary norms governing what styles, what subject matter, what degrees of formality, politeness, and so on are appropriate in different contexts" (p. 10). When the grammar of the disaster story floats unseen through the walls and into the home of a viewer whose life is built on different norms, the effect can be that of an invasion, a violence in itself.

Offended viewers fight back against that invasion, either by turning the channel or choosing technological channels to make their own voices heard – loud and last and, sometimes, just as violent.

Serious television news reporters have to make some kind of peace (and it can be made) with the fact their work, for the most part, is work that viewers will not pay for, or not pay much for. Their work can be glorious, but it finds its way out of the coagulate of everyday talk and onto the public stage because of either governmental subsidy or commercial support. The easy way to find peace with your work's being delivered by McDonald's is to ignore that greasy fact.  News stories are contained in different segments, but not as much attention is paid to the pitches for trucks, soap, and erectile dysfunction products that connect those segments. Another way is to be vigilant in your language: it's a "broadcast" and not a "show." They are "stories," it is "reportage," it is never just merely "content."

Viewers, or, at least, those viewers who don't pvr their way through commercials, see a news presentation from a different perspective, one that includes the steel core of the actual news plus the advertising that puts it all in motion. McLuhan taught us that we ingest news this way with probing aphorisms, including:


"The ads are by far the best part of any magazine or newspaper. More pain and thought, more wit and art, go into the making of an ad than into any prose feature of press or magazine."

And another that can also be updated for conventional, electronic, advertising-based media:


"Bad news give people a great survivor emotion...it helps sell advertising which is all good news."

This perspective is easier to acquire watching news as a viewer; that is, through a lens not shaped by your identity as a news person.

And, finally, there is the under-appreciated effect of the piece of technology at the heart of the television news enterprise: the camera. Yes, the viewer makes a decision to give his or her eyes over to the camera lens, his or her eye-directing brain over to the editor and the control room, but there are times when that trust can feel betrayed. Here is U.S. President Barack Obama speaking to cameras about the Newtown horror. Watch the decision made by the camera operator at about the 1:20 mark, when it becomes apparent the president will not contain his emotion.

(Of course, there is another layer to this presidential communication onion. Surely, the president knew his eyes were red, surely he knew he would openly fight to remain composed. He made a decision to personify the nation at that moment by appearing and sounding racked by pain, vulnerable to grief. And he made sure we didn't miss that point by reminding us of not only what happened, to whom, and when, but. also, how we should react – as grieving parents.)

So, thanks, Rosa, for the tweet that helped turn the lens back on my experience in television news. My time there taught me a lot, including the almost incredible ability we all have, producer and viewer alike, to get in the way and not always see the wide shot.