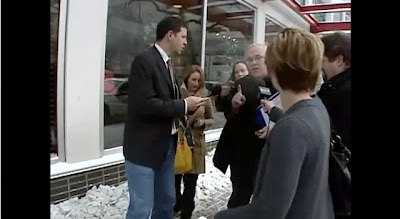 This blog is meant to do a few things. Capture my thoughts and pain as I train for a half-marathon. Make sense of my high school years. Figure out what is going on in the Duckett Cookie Episode video. I am confident of only the first.

I use as a point of departure the words Premier Ed Stelmach shared with the legislature earlier on the day he fired Duckett. He said that he thought "everyone in Alberta watched and saw the offensive comments. I'll just leave it at that."

The truth is nobody left it at that. Stelmach didn't. He booted Duckett hours later. Those captured by the story didn't just watch and see. They watched, saw, shared, commented, evaluated, transformed images into public opinion, awoke stereotypes, created narratives, mashed up video. In the process, they created an argument that modern media have externalized the image-making power, drawing on the reservoirs of recorded memory to reinforce the story-making instructions we arrive and navigate with.

I am struck by the newness that has seen, at last count, 341,000 views of the main video on Youtube. That's ridiculous. But I am also struck by the unspoken and unregarded sameness of it all. 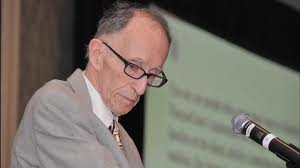 
It is the evaluation segment that I have been considering over the last couple of days. Pratt (1977) quotes Labov:


To identify the evaluative portion of a narrative, it is necessary to know why this narrative -- or any narrative -- is felt to be tellable... Evaluative devices say to us: this was terrifying, dangerous, weird, wild, crazy or amusing, hilarious and wonderful; more generally, that it was strange, common or unusual -- that is, worth reporting. (47)

As my friend and CTV Edmonton news anchor Carrie Doll would say about a possible news story idea: So what? Who cares?

Those questions,  so what?, who cares? are guides to what breaks out of the haze of stuff to become things that are tellable.

In the Duckett transcript, it is CBC reporter John Archer who adds this evaluative element, asking Duckett, "Isn't it rather ridiculous  [my emphasis] that you're talking about eating a cookie when the associate minister is talking about a cri-?" (Archer is seen asking the question at the top of this blog.)

Ridiculousness certainly fits the tellability criteria laid out by Labov. And one senses that Duckett senses this, too. There was one suggestion heard in the newsroom and in some of the Youtube comments that Duckett meaningfully engaged at this point because he was now being addressed by a man. I don't accept that. Because is it really misogyny or an appreciation of tellability that compels Duckett to counter: "We have issued a media advisory which says the media is available to talk in about 30 minutes. Isn't it ridiculous [my emphasis] that the media are not prepared to go to the media scrum?"?

Archer and Duckett do not agree on what is ridiculous, on whose actions and observations are ridiculous, but they seem to agree that the ridiculous is one way in which something stops being just something and becomes tellable.

And, to that extent, they agree that the ridiculous is worth sparring over. The ridiculous, it appears, is a serious laughing matter. 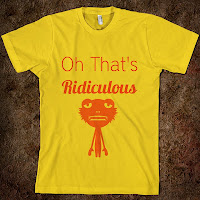