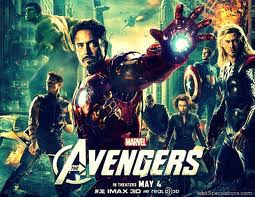 As far as 3D movie experiences go, The Avengers was good, not great. But while Hulk was swinging wildly this way and that, busting out of his small shirt and the big screen, protecting New York City from a spectacular,  alien,  airborne invasion, it was also good to think about 3D itself, or, at least, the attempt to break out of the rectangular dimensions of the screen. Or the frame. Or the page.

Or just think about breaking out.

Ted Nelson wrote what the editors of The New Media Reader call "the most important book in the history of new media," Computer Lib/Dream Machines. They write: "He believed the importance of computers lay not in their capacity for calculation, but in the fact they would enable new generations of media." (p. 301)

At the beginning of a Youtube video about a project called Xanadu, Nelson shows his resistance colours as he finds insufficient the page itself. 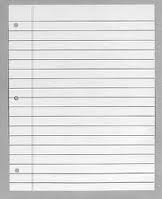 "It seemed to me that paper was a prison.

And the ideas were constantly trying to escape.

What is a parenthesis but an idea trying to escape? What is a footnote but an idea that jumped off the cliff? Because paper enforces single sequence, and there's no room for digression, it imposes a particular kind of order in the very nature of the structure."


Maybe it's because I've been trying to follow this line of thought, but I've noticed in a couple of places lately this desire to break out of, or seem to break out of, the confines of structure. 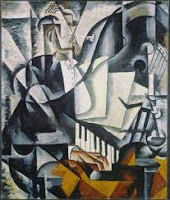 Cubism is a lot of things I don't understand, but I do appreciate the attempt to view the subject of the work of art from something other than a fixed point in time and space. That seems be one of the things that is happening in a painting by Lyubov Popova called The Pianist, which I saw yesterday at the Art Gallery of Alberta.

It is a two-dimensional work of art, but it forces me to look at the musician from different angles and, perhaps, from different times in the life of the musician. As well, I see him from the outside, and get a glimpse of him from the inside. Shifting time and space and perspective gives me an experience different than had the painting been done by a more traditional artist. 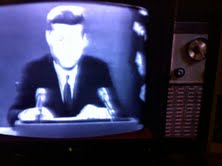 A couple of nights ago we were watching the Cuban Missile Crisis episode from the second season of Mad Men when the structure of our television monitor seemed to change. For a couple of seconds, it was bewildering and thrilling. For, after all, what is more known and predictable than the sensation, or lack of sensation,  of sitting and watching television? But when the flatscreen in front of me appears to magically change shape, transporting me back in time to the television sets of boyhood, well, that doesn't happen every day.

JFK was addressing the nation via television. Don is in his hotel room at the Roosevelt and viewers get a medium shot of Don watching the TV. And then there is a closeup of the television set, and that effect is cool, because, in front of my eyes, the Sony 32-inch LCD goes back in time and becomes an Electrohome set. This is done just by the shape of the shot used by the director. Michael says the effect I am describing is felt only if you are "zoned out." Maybe it's easier to watch than describe. In the quick video below, I left some room at the right to see what I mean.

Changing the frame, re-experiencing the frame, busting out of the frame, it's all an attempt to render experience in a different, more real way. Or at least a more clever way.

And speaking of using different frames...... 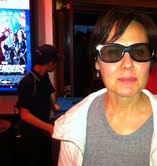