April 28, 2012
In most of what I read in my MACT studies, in Shirky, Bruns, Gillmor, Jones, in the perspective of the hypertext prophets, is a theme about the degree of interactivity allowed by the grammars of the various media.

Here is Ong (I am slowly, and gratefully, getting through Orality And Literacy, as every one, and I mean one, who follows this blog knows), on print: 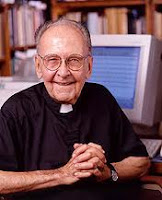 The printed text is supposed to represent the words of an author in definitive or 'final' form. For print is comfortable only with finality. Once a letterpress forme is closed, locked up, or a photolithographic plate is made, and the sheet printed, the text does not accommodate changes (erasures, insertions) so readily as do written texts. By contrast, manuscripts, with their glosses or marginal comments (which often got worked into the text in subsequent copies) were in dialogue with the world outside their own borders. They remained closer to the give-and-take of oral expression. (130)

First, the elegant phrase "were in dialogue with the world outside their own borders" is a much better way of saying "the degree of interactivity allowed by the grammars of the various media," but, live and learn to write better!

Second, this seems to be another theoretical avenue into thinking meaningfully about the Duckett Cookie Episode. The decision to post the Duckett video to Youtube weakened the borders of the television news story. 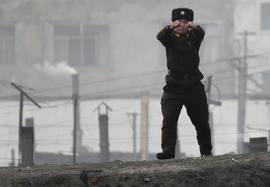 One of the questions is, how effective was Duckett's attempt to plug the punctured border by situating his communication within the 8 1/2 x 11 frame of a media statement (there is some residual orality in that term):