This video is a riot.

It's gotten more than 7 million views on YouTube, so, I'm not the only one who thinks so. Or who has shared it at home or work with some version of, "Hey, have you seen the video with the drunken guy arrested by the RCMP? You gotta see this!"

What it is, besides funny, a decent use of 6:10(x) of your life, and near-conclusive proof of how impervious to alcohol is the human ability to memorize, is RCMP cruiser video of drunk driving suspect Robert Wilkinson of Edson combined with his singing of Queen's Bohemian Rhapsody.

That makes it a rhapsody, of sorts, itself. The meaning of the Greek term 'rhapsodize,' rhapsoidein, Ong teaches (Orality and Literacy, p.22),  is 'to stitch song together' (rhaptein, to stitch; oide, song).

In oral cultures, Ong says in words that remind us of our own time, "originality consists not in the introduction of new materials but in fitting the traditional materials effectively into each individual, unique situation and/or audience." (p. 59)

I don't pretend to understand Ong, but I sense that description, that culture is where, in some way, we have with our digital tools returned.


The electronic age is also an age of 'secondary orality', the orality of telephones, radio, and television, which depends on writing and print for its existence. (p. 3)

It seems worthwhile effort to try to figure out in what ways our secondary orality depends on writing and print, in this case of Robert Wilkinson, and in general. (And, to help my final project, in the case of Duckett.)

And, just wondering: if you are captured singing on camera while in police custody, does that make you, literally, Pan-opti-con? 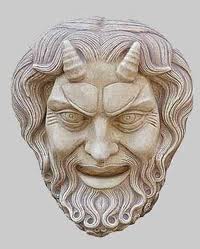