One day I intend to figure out how best to record those overlapping seconds of sound when you quickly get a glimpse into someone else's existence and just as quickly have it shuttered. Sight, of course, is the wrong sense to call upon. For, it is sound that is involved. You get a couple of notes, and then silence.

Last week, as I sat having lunch in the basement of Scotia Place, there was one such soundwavery.

"Just make sure she doesn't fall," the man walking by said into his cellphone. "Take her to the big window. She likes that. Tell her how much you like working there. Blah, blah, blah." 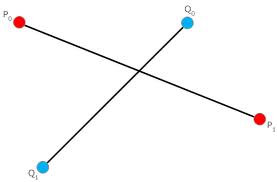 And then he was gone, and I was left to consider who he was speaking to, of whom he was speaking, what was at stake, what money was involved, his role, the woman, elderly?, who might live in an assisted living residence, why the dissimulation, and on and on,

At the Folk Festival this past weekend there were other brief intersections.

"Did you hear the story of my dog getting hit by a car?"

"And then he's on my about what I drive and why I drive it. And enough!"

"This is getting to be."