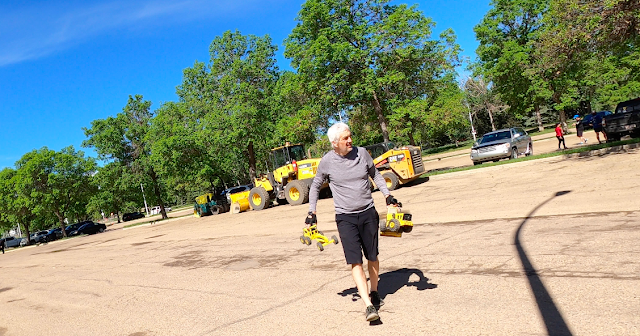 Happy end of the week. It's been a tough week. I try to keep my heart open to little things that make me happy or grateful while that same heart is under cardiovascular bombardment from the outrageous things above. And then say the little things out loud. Here's this week's Three Things podcast . Peggy carrying Saunders on way to vast underground network for goodness. 1. Recommended reading Here's what the great American short story writer George Saunders writes about books and readers in his latest book, A Swim in a Pond in the Rain: In Which Four Russians Give a Master Class on Writing, Reading, and Life: Over the last ten years, I've had a chance to give readings and talks all over the world and meet thousands of dedicated readers. Their passion for literature (evident in their questions from the floor, our talks at the signing table, the conversations I've had with book clubs) has convinced me that   there's a vast underground network for goodness at wor
Post a Comment
Read more

Each week, I try to stop and notice three things that I noticed that made me happy or grateful.  There are two parts of that effort—the noticing and the thanksgiving. The conscious noticing stems from the hunch that too much of what I notice is what others want me to notice, and that it is the algorithms they brandish that get me noticing what they want noticed. The preference for making note of what makes me happy or grateful, even if those are small and quiet notes, is a reaction to my sense that it's too loud and too angry out there. Together, it's the work of self-preservation, I suppose.  That is how the Three Things from Edmonton podcast, now in episode 20, happened. It's not a particularly polished podcast production-wise, but, I do the best I can with the stuff that presents itself to me. Like, this week: potatoes, a woman walking on a retaining wall who reminded me of a squirrel on a wire that reminded me that Leonard Cohen is never far away and what the freedom of
Post a Comment
Read more 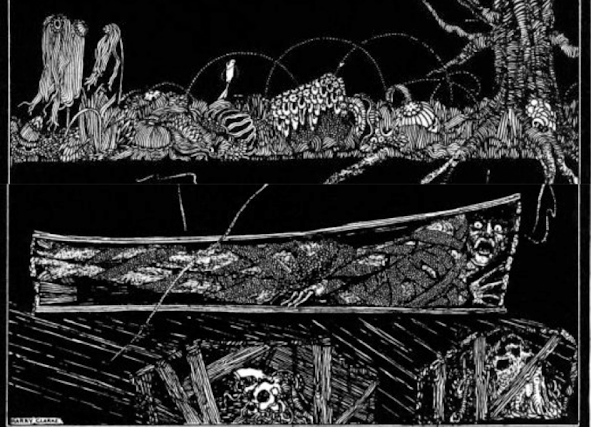 To the list of cliched consolations built according to a similar sentence pattern—the one good thing about the pandemic is...the only silver lining in the pandemic is...if we've learned one thing from the pandemic, it's that...—I will add mine: the only true comfort in the pandemic has been Edgar Allan Poe.  Poe has been a companion since I dropped the needle on Dylan's latest album and heard the singer in I Contain Multitudes confess that he has "a tell-tale heart like Mr. Poe." I am back to Mr. Poe and reading the short stories and, as strange as it sounds, find in the horror something up to the ordeal we find ourselves in. Yes, I can try to balance out the grimness and the bleakness with good news stories, and I do. But Poe does the trick. The stories are little injections of dread that somehow work to stabilize my fears. Like to like. Literary vaccine.  The Premature Burial tells a story from the point of view of a young man terrified by the prospect of being
1 comment
Read more

In praise of strangers in a pandemic 🎭 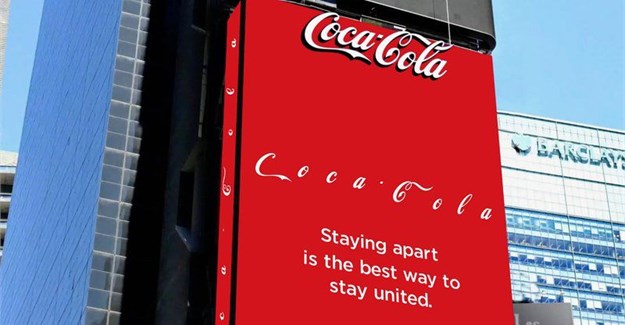 I can't shake the feeling that whatever play we thought we were in before isn't the play we're in now. The old set has been blown away...we have different lines...about obligation to each other. We're not so familiar with that script.  There's no shortage of lines. There are the basic messages. Distance, wash your hands, wear a mask, avoid social gatherings. There are the lines written by the humorists. Maintain physical distance, or 1 Joey Ramone. There's the threatening voice of authority. If we don't turn this around now, there will be tighter controls ahead. Clever wordplay, too. Spread the word, not the virus. Bend the curve, not the rules. Wearing a mask? Best time to get braces. The big picture: we are in this together, apart. The appeal to the heart: protect your loved ones.  Versions of the last line about protecting loved ones are curious. It's long been thought that protecting loved ones goes without saying. The human impulse to protect loved
1 comment
Read more

Reading Lucretius in Edmonton in winter 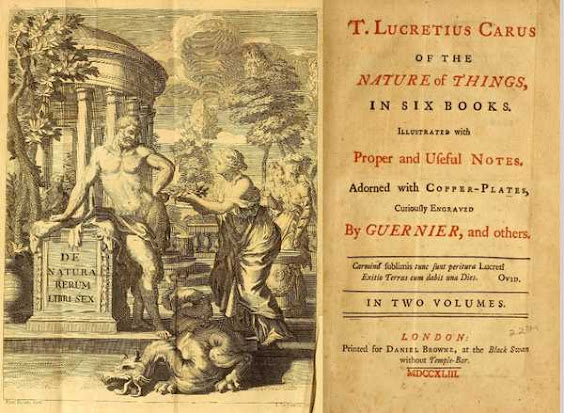 Almost 2,100 years ago, the Lucretius wrote a book called On the Nature of Things. The scientist-poet muses on the soul, matter, physics, history, happiness, sailing, corn, existential dread, wine, the weather, the theatre, mud, the allure of tyrants in times of ordeal, love, the senses, death, compounds, dreams, fire, fallacy, flatulence, why evil happens to good people, images, the afterlife and other breezy topics of interest to Rome back in the day. And volcanoes. He writes about volcanoes, too. And fabric.  The tract is a song of praise to Epicurus, the Greek philosopher who "was the first that dared to raise mortal eyes" against superstitious religion. It's a slow, timely read.  The book ends unexpectedly during an account of the plague that devastated Greece at the time of the Peloponnesian War. Some scholars suggest Lucretius died before being able to weave together the cosmos into a complete account. I kinda like how it ends. I also like the way The Sopranos ends
1 comment
Read more 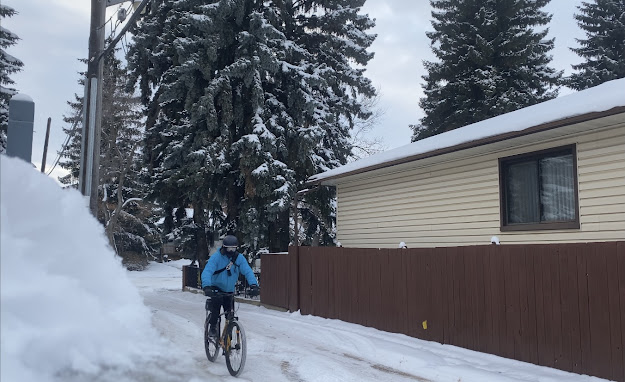 The pieces have been swirling around. On Facebook, my friend Steve had posted a winter-arrives-in-Edmonton pic with the advice to embrace the elements. For the first time, I heard elements. On Twitter. my friend Brett had retweeted the East Village news that Calgary's 9th Avenue cycle track between Macleod Trail and 4th Street was now open. "Your commute in and out of East Village has gotten a little bit sweeter." For the first time, I heard sweeter.  On the sidewalk along the 102 Ave bike lane in Edmonton, a parka'd child sat on the concrete, legs below the knees splayed out in the way we bend before growing inflexible, the bundled one's attention on a mitten full of snow, while, from above, the mother asked the question: "What do you think?" For the first time I heard the question directed at me. What do I, 56-year-old Glenn , think of winter weather? On the pedal home today, the pieces came together in a kind of equation from Grade 7.  CO 2   +  H 2 O
1 comment
Read more 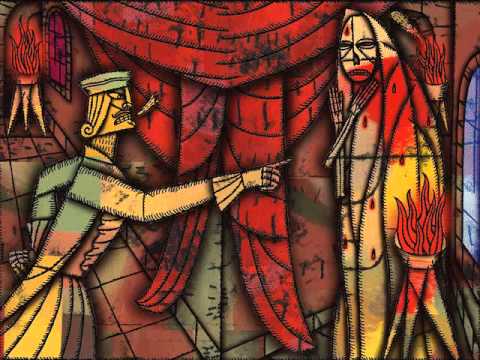 Since the current U.S. president called his city a rodent infested mess where human beings wouldn't want to live, Edgar Allan Poe has been having a bit of a moment.  In a song on his latest album, Bob Dylan confesses to having a "tell-tale heart like Mr. Poe and skeletons in the walls of people you know." Saturday Night Live's cold open gives viewers Jim Carrey's Joe Biden reading from Poe's The Raven, corrected and updated for Hillary Clinton's electoral college loss to and Lil Wayne's support for Trump.  Once upon a midnight dreary while Trump retweeted QAnon theories.... But it's Poe's The Masque Of The Red Death that is required reading in this historical moment. Masque as homonym for mask. Red as suggestive of Orange. Death being in and on the air in this pandemic. And that's just the suggestive work of the title. "The 'Red Death' had long devastated the country" is how the short story begins. You don't need a d
1 comment
Read more
More posts