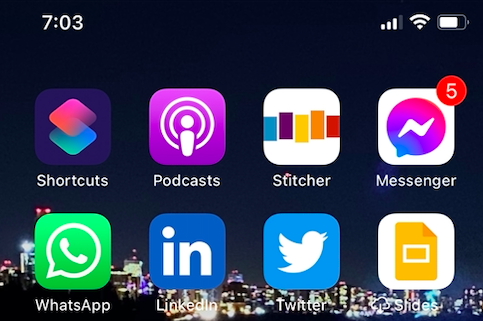 Happy end of the week, friends!
Each week right here, and on the Three Things podcast I try to notice three things I noticed that made me happy or grateful, so the algorithm doesn’t gobble up all of my attention.
In trying to notice for myself, I follow the approach George Saunders says he took to composting his sentences. They might be shit, but they're my shit, and some day they might get shinier.
This week: 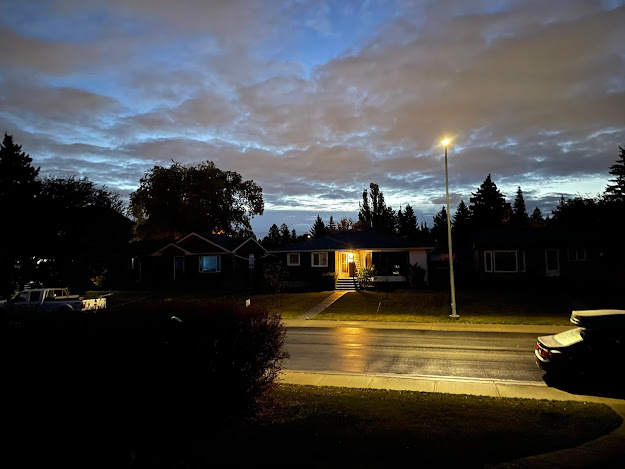 Filed under "S" for Stuff That Stays With Me is what an airplane crash investigator told me years ago. I still use it to ground my own life. I was a reporter, at a crash site, without much of a clue about what to ask other than, what went wrong here?
He told me about being a pilot. Basically, there are two ways to navigate. You can rely on what you see out the cockpit window—the ground, the clouds, the trees, the power lines, the mountains, the landmarks—to stay safe. That’s called visual flight rules. Pilots can also navigate electronically, relying completely on the dials on and gauges on their flight deck, and not on what they see or think they see outside. These are instrument flight rules, and they’re useful, vital, when the weather, especially fog, makes flying by the eyes untrustworthy. Sadly, some crashes happen when the eyes are trusted too much and the instruments too little, when pilots may become disoriented, and not know where they are.
I took in that lesson 30 years ago. It resurfaced Monday morning this past week when the phone roostered to life, informing me it was 7 AM, even though it was dark outside. This is the time of year where people up here use our instruments to get going. Trusting the time on the phone, and not what the outside darkness tells us, is one example of instrumental living on latitude 53.
The proverb that has it that it’s better to light a candle than curse the darkness relies on some not insignificant technology—the wax cylinder of the candle, the fire storage of the match—for its truth. It’s a reminder that we have to be technological people to live in the falling dark and the creeping cold for a couple of months. Because that’s where we are. It can be a grind at times, but it’s not that long until the days will start to get longer again. 67 days until the winter solstice. I just asked Siri. 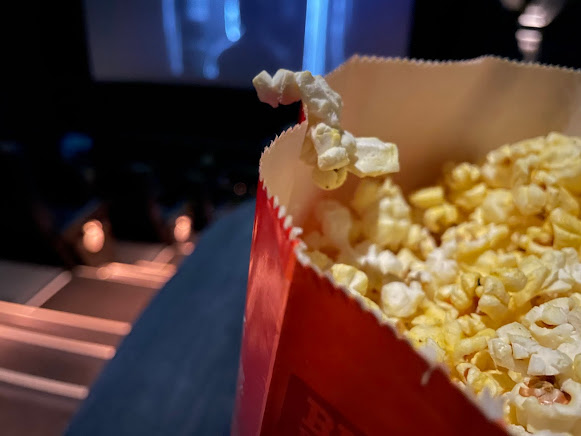 2. Popcorn!
Some nights the joy of watching a playoff baseball game on TV with a beer and bowl of popcorn outweighs the ordeal of flossing out the kernels from my teeth. It’s like yard work, getting down and reaching between the fence pickets to fish out leaves and garbage. But I come from popcorn people. I am a child of the popcorn.
The big brown craft paper shopping bags from Woodward’s were the standard issue popcorn bags at home growing up. The scrape of the Jiffy Pop foil on the front element of the stove is in my sound effects museum. We had an electric popcorn maker when they came out. We smuggled mass-produced popcorn into the movies. My mother puts it like this: you go to the movies, you eat too much popcorn, you feel sick. That’s how it works. My dad still has one of those vintage, nostalgia popcorn carts in the house. He sold his Dodge Challenger, sold his Harley-Davidson, but he keeps the popcorn cart. 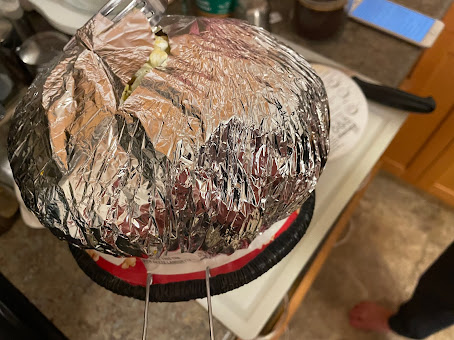 It takes about three minutes now to pop a bag of Orville Redenbacher in the microwave. Light buttery is Auntie Shelagh’s go-to popcorn variety. I watch the bag inflate like a lung of air in the pale light. It sounds like a jazz drummer building momentum in a solo.

3. Artifice
I’ve watched black birds wheel high above the Quesnell Bridge and thought, wow, beautiful, they look just like kites! Or stood on the shore of Moraine Lake and thought this is as gorgeous as a postage stamp. Somewhere in On The Road Kerouac says the red setting sun on a rock face in Colorado was like a Brooklyn brewery in the dusk in November, or something like that. The summer storm that brought down our front yard mountain ash tree was like King Lear. Auntie Shelagh looked out the kitchen window last week and said the sky in the west was like an Ian Sheldon painting.
This instinct to translate what is out there in nature into what is human made—to make sense of nature in terms of artifice—fascinates me. I used to think it was some kind of failure of imagination. Why ratchet down the glory of the Rockies into an image of a Brooklyn brewery in November, even if that alliteration is beautiful? 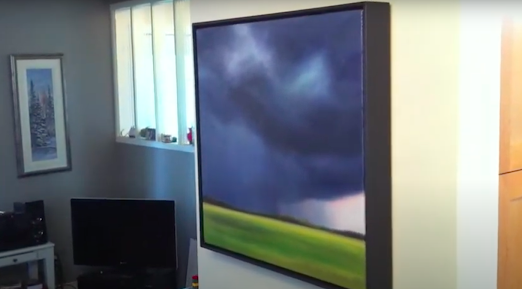 Maybe we can’t take too much reality? Or maybe mountains build in their way and human beings build in their way and how humans build is inseparable from the paper, ink, string, canvas, brick, glass and paint we make stuff out of? And the words we make stuff out of, too. And how words let us do the most marvellous thing of all, which is to say a bird is a kite and a sunset is a Sheldon—and to be understood. 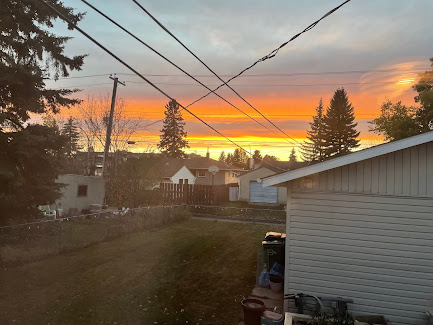 Have a good weekend, friends. I hope you find the words, or the paint, or the clay, or the beer, or whatever to say what you gotta say.
blog edmonton glenn kubish Ian Sheldon Jack Kerouac podcast popcorn three things from edmonton