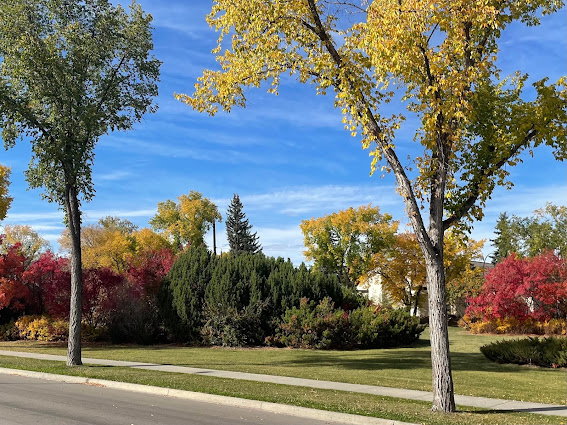 The Three Things podcast is an attempt at this time every week to stop, take a breath and make note of what I noticed that I noticed, with no help from the algorithm, no code from politicians, no prompt from the advertisers.
And then say it out loud. Here's Three Things podcast, episode 38:
Here are the three things:
1. A disappearing act
A couple of blocks from home is my favorite no-name park. It’s not big enough to have a name. There’s no list of donors, no lines of verse inscribed anywhere. There’s no plaque. But somebody with the knowledge and command of autumn colours was behind that park. This is the time of year that that unknown planner or planter should receive a bouquet of thanks.
Now, the little park is not a postcard view of Edmonton, and I’ve yet to see fine arts students there painting it, but, still, it is a kind of magic. It’s a slow-moving magic act, as the green leaf trees we’ve had our eyes on for a couple of months, and gotten used to, are transformed—abracadabranch!— into bare trees. But not before some dazzling colours.
It’s not magic, I know. It’s the chlorophyll breaking down at this time of year. It’s not magic when someone crosschecks bush, tree and shrub autumn pantones to comes up with the eye-pleasing mixture. What’s remarkable, though, is the significant amount of time that has to elapse between “watch what I’m going to do here” and “ta-da!” And, so, yes, thank you to those farther-seeing ones who treat us at this time of year to a bit of “now you see it” before winter’s inevitable “now you don’t.” 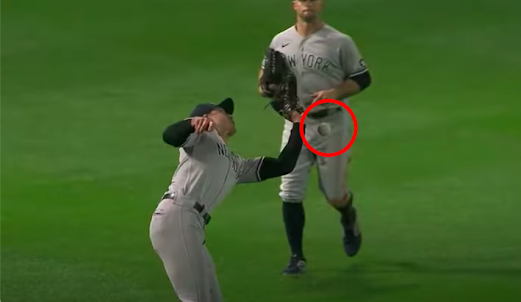 2. To err is baseball
You don’t have to be a baseball fan to appreciate what didn’t happen in a game between the New York Yankees and the Boston Red Sox last week. You just have to appreciate how rich major league baseball players are, how highly skilled they are—and how error prone they can be. In the space of one inning, four separate players, two on each team, dropped easily-catchable-for-millionaires pop flies or pitches. Together, those four culprits, let’s spell it out—Yankees DJ LeMahieu and Joey Gallo, and Bosox Bobby Dalbec and Christian Vasquez—make more than $28 million a year. 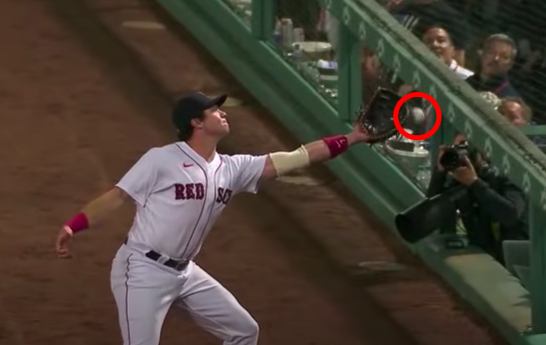 Of course, there’s nothing at all routine about catching routine flies under the lights, at raucous Fenway Park, on national TV, in a wild wildcard race, no matter how much you pull in.  Routine plays have more to do with the wicked skill level of the players, who lull us to sleep by making it all look easy. But, they still make glorious mistakes. Typos still happen. 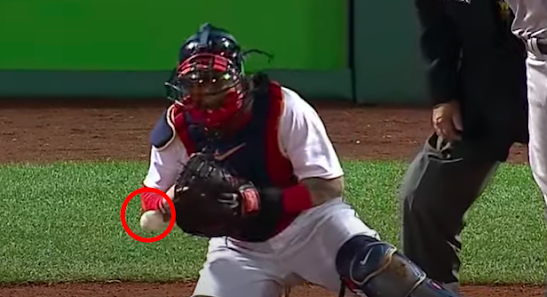 I enjoy finding typos in the texts I read. Not to feel superior at all, not because I could have found them, but more because typos prove that typos still happen. In our advanced age of control, typos still happen. They sit there on the printed page forever like gargoyles on the face of a basilica mocking our dreams of perfection. There is a beautiful practice between writers and editors that I learned in my newspaper days. If an editor spotted a mistake or picked off a typo, the writer was not embarrassed or defensive but grateful, said thank you, and then like a fan at a baseball game watching that left fielder make a routine out look routine, said: good catch. 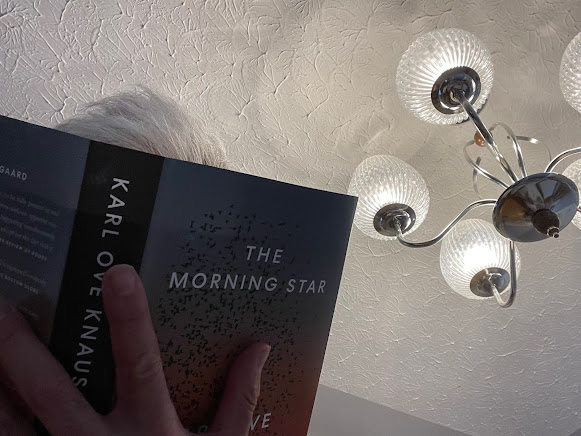 3. Delivery from the ol' factory
Are you a book sniffer? I used to be. Okay, I am.
When the doorbell rang on Tuesday and the delivery person handed me the cardboard package, and after I had carried it (strangely-carefully for a reinforced package that had already been shipped across the country carried it) to the dining room table, I pulled on the glued flap, heard it pop pop pop in assent, and opened the package slowly, peered in (strangely-reverently, considering it was a peering in at replica of thousands of others in its printing run) to see, without touching it yet, the book, its black spine, the author’s name in white capital letters, the publisher’s red badge, and, then, doing what might seem bizarre to do to a book full of printed words for the eyes by, instead, closing them and opening the hardcover instead, I breathed in whatever ink, pulp, glue and other chemicals are used to concoct that smell.
I’m pretty sure the book will be great. But the promise of a book, the anticipation of living in a made-up real world for the next week or two, the prospect of reading sentences the world has not yet seen and heard—that’s what a new book smells like.
Three Things podcast, episode 38, features Auntie Shelagh, the park, the delivery person, the original music of Brendan McGrath and the end bells of Slavo Cech, the Hephaistos of Edmonton: