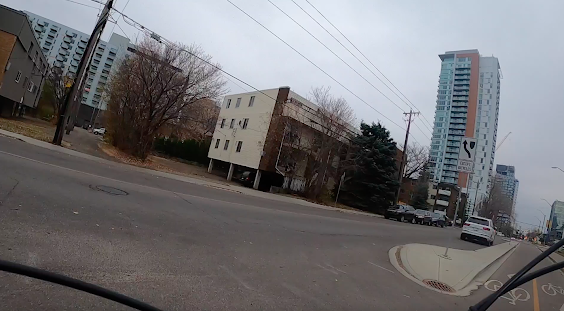 Happy end of the week, friends!

In review, three things that I noticed I noticed made me happy or grateful this week. Here's this week's podcast:

1. Tree of life
I knew in my cranks that I was going to turn around and go back. I knew this even as I kept pedalling by the tree. I was tired and hungry, the clouds were spitting rain and there was one beer from Arcadia still in the fridge at home, off to the left on the second shelf. But back the handlebars turned because that tree could not be ignored. I rolled up, stopped, stood over my top bar and listened to the tree—to the birds in the tree. Fifty happy children on a newly waxed indoor basketball court with squeaky sneakers, that’s what that tree off the bike lane on 102 Avenue sounded like.

It took me a few seconds to see into the lattice of the leaves. Wow, all the little birds with their little feet hopping from branch to branch, their heads a-tilt, the branches bobbing under the weight of their little bodies that powered the chirp-fest. For a few seconds, I closed my eyes. That’s a different thing to do in the city. Stand there with your eyes closed while buses whoosh by. I looked into the tree again and took a step toward it. The bird music stopped.  I didn’t move. They didn’t move. And then whichever little bird played the role of the oboe in a symphony sounded a quick note that was joined by all the others as they tuned back up. 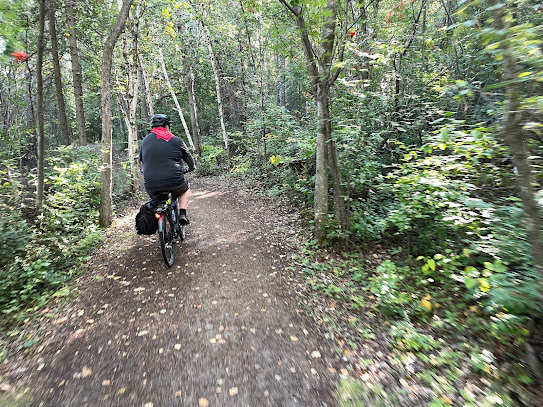 Music takes you places. I remembered how a few weeks before, I was in the trees below the Grandview neighbourhood riding bikes with my buddy Jim. It was a hot day. Jim wore a bandana around his neck. That patch of colour made him look like a big red-winged blackbird. The trees we were riding in that day were his backyard trees growing up. Music brings you back. The birds on 102nd Avenue were onto something. Being in the trees, rhapsodizing, that’s a good place to be. 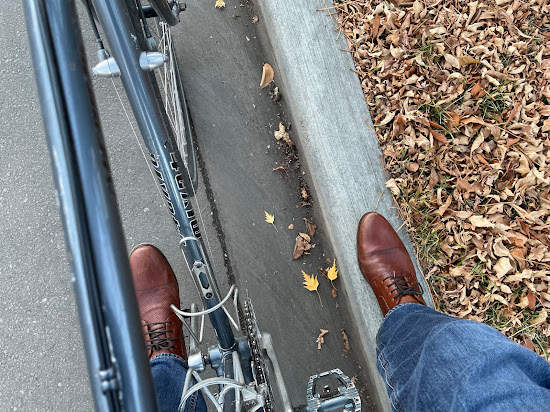 I’ve glanced down at the water bottle on my bike during rides for approximately ever, but until a ride last week I had never seen it as a saxophone. The down tube of a bike is the body of the sax. The water bottle holder is the bell. Reading mundane objects differently is free entertainment for this old dog. At some level, I think I enjoy it because there’s a bit of mischief to it. A piece of bicycle tube, the water bottle carrier and the water bottle are fairly solid objects—aluminum, metal, plastic chunks of matter. Sure things that aren’t quite sure things, though, when the imagination re-keys them. 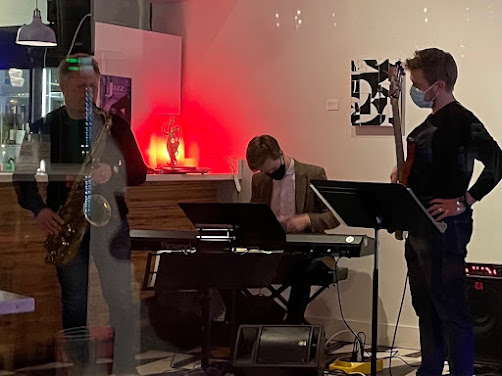 Maybe it’s what puns are about, too, and why punsters are reviled, cast out—jokers who make the meanings of words flow this way and that way. Paradise for a punster is, after all, just as surely what you roll at a craps table as it is a town in Newfoundland and Labrador. Human beings crave solidity. In life, in sentences. Words that are trap doors, not so much.

I was pedalling on Ravine Drive a couple of days after my bike’s saxophone had appeared. Off to the right, along the tree line margin above the MacKinnon Ravine stood  a couple of coyotes. They had seen me first. I looked back, and then pedalled back for another look. Before I could get my camera out to make them stand still, they were somewhere else. 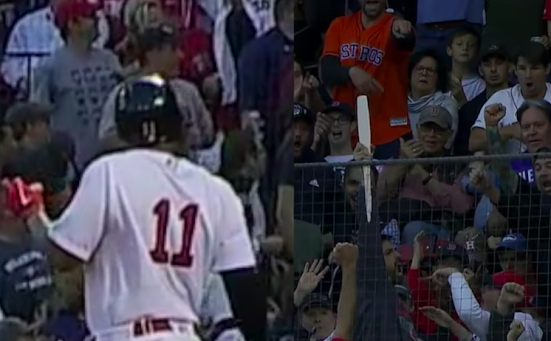 3. Caught looking
Baseball is a slow moving game. I repeat: baseball is a slow moving game. There is as much technology between pitches as there is time, making this the season of endless replays. Let’s see that last slider down and away with a closeup on the rotation of the ball’s stitching. Here’s a super slo-mo of the batter’s awkward swing. Check out a 3D strike-zone graphic to prove the pitch was a ball. With five seconds before the next pitch, here’s a replay shot of the dugout where tomorrow’s scheduled starter reacts with a fist pump, and then spits on himself. This is the rhythm of TV baseball. I am trying to apply  the model to myself, looking again and again at the times I have struck out. 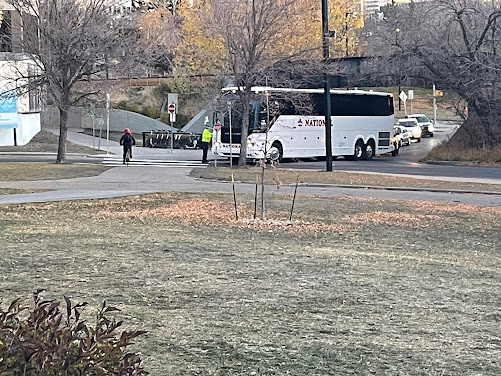 Like the morning a couple of weeks ago I was talking with my friend Alan at Coffee Outside in Faraone Park. At the edge of the park is an approach road to the High Level Bridge and it was there a big bus had come to a sudden stop. Its driver  figured out the vehicle was too big to get onto the covered bridge without shearing off its roof.

Now, let’s go to Glenn’s slow-emotion reaction: Ha, he says to himself, there’s yet another giant vehicle on its way to collide with the bridge, sips coffee smugly, watches Alan running over to talk to the bus driver, sees bus door open, notices how Alan points back to a safe escape route and how he waves a friendly goodbye to the driver. Announcer: pretty clear Glenn saw it as just a bus and Alan, well, he managed to see that the bus had a human being inside. Alan was on the ball. He made healthy contact.

Have a good weekend, friends. It’s always a good time to thank those who gently let you see yourself.