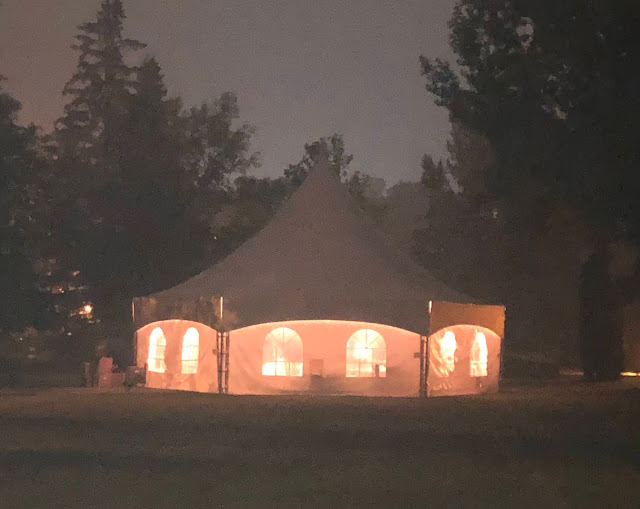 Here are three things that made me happy or grateful this week. Before they get away from me.
(They're also in this week's Three Things podcast.)

I will remember the music from that day. Aleasha’s grandpa read a Wendell Berry poem. Alejandra, who officiated, looked around and sang a few bars from Lin Manuel Miranda’s Schuyler sisters. Wedding vows included references to The Hold Steady. Dylan was quoted during speeches. Sean P. spun the dance tunes. People sang ABBA. And emcee Stephen brought some Yeah Yeah Yeahs to the reception.

Well I may be just a fool

But I know you're just as cool

All of this went down at the wedding of our youngest son (known to his friends as Kubish) and wife Aleasha. 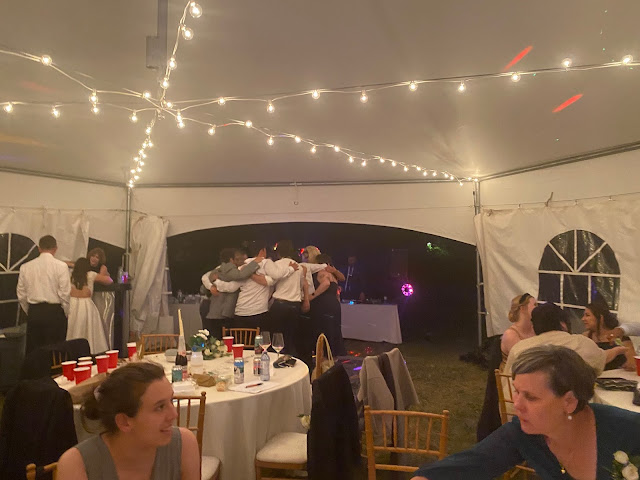 The term wedding reception has a double meaning. It’s a social gathering where people are welcomed, of course. But reception is also about broadcasting. Reception means the quality of a signal. What, of any value, can we capture in all the static out there these days? What messages come in true, unalloyed, in high fidelity? A wedding reception invites this kind of listening, in between blackberry mojitos. In Aleasha and Michael’s big tent—with its tip pointed up into the night like a giant radio telescope—we listened to what they were picking up about life and love. Emcee Stephen G. probed the obscurity of it all with this articulation:

“When you love someone, you kinda become more of yourself when you’re with them because it feels so natural that you don’t have to put on any airs. It’s just easy.”

Then he sang Karen O. 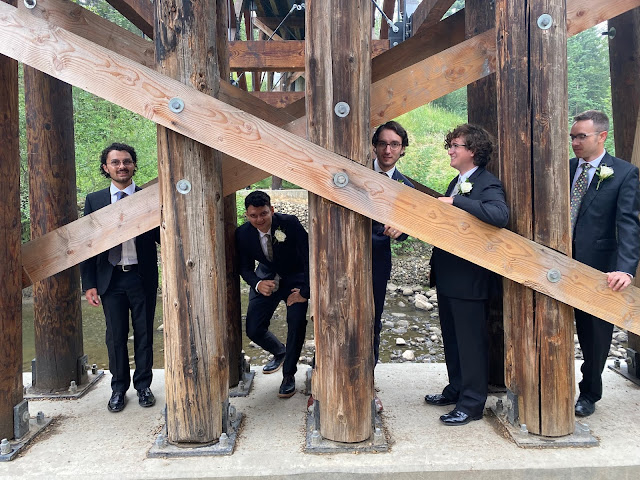 And I thought, roger that, the kids are alright.

We served time together as undergrads, and, sorted now into different cities, keep in touch on social media. David had shared a post about more news reports of unmarked graves at Canadian residential schools. In reply, Tom wrote a thought-provoking post. Here it is:

“The point about resilience is an important one. As a health policy and population health guy, it is very easy to get into the trap of only focussing on the deficits in marginalized communities—the poverty, the conflict with the justice system, the substances use, the intergenerational trauma, the health outcomes, etc.—and to lose sight of the resiliency and strength of the culture and of many of the communities. This is especially true of Indigenous communities. There is real strength and determination to not just persevere, but thrive that often gets lost in the story. For all the pain and trauma and tragedy of the residential school system, it ultimately failed in its goal to ‘kill the Indian in the child,’ and that is a testament to the strength of those that survived to tell their stories.” 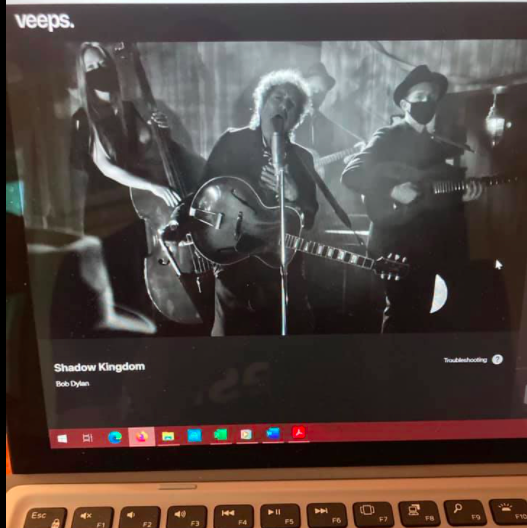 Bob Dylan released a short, noir-style film of 13 songs last week. Whatever else it is all about, it does seem to answer the question, where is the Never Ending Tour now playing? The answer: a roadhouse in the underworld for lost souls sitting in the smoke rings of their minds. It’s a vaporous limbo there, a land of the living dead. The clocks are broken, or time doesn’t move, or the needle keeps skipping. In five different songs, it’s 12 minutes after 10 o’clock on the clock on the wall. Sure, it could all be a big joke. An 80-year-old Dylan, his craggy face, unlike the face of the clock, clearly showing the passage of time, singing Forever Young! What are we to do with that bit of divine comedy other than laugh? But a funny thing happens to that song when it’s sung from the beyond. In other places it’s a wish or a prayer or a blessing for other people, but here, in the end, when it’s all over now, baby blue, it becomes a kind of self-interrogation. Did I climb on every rung? Did I always see the lights surrounding me? Was my song always sung? Those are the questions I come back from the Shadow Kingdom with

While we have hearts that beat, may they always be joyful, friends. 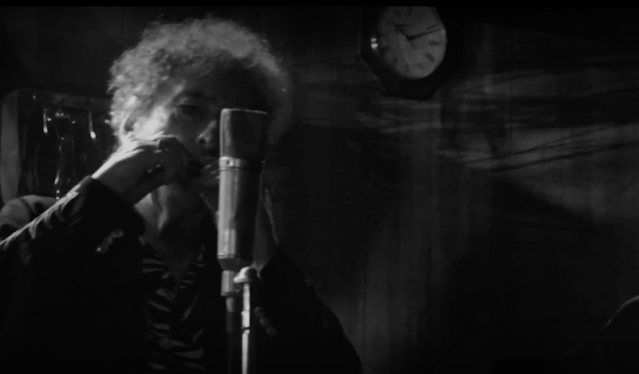