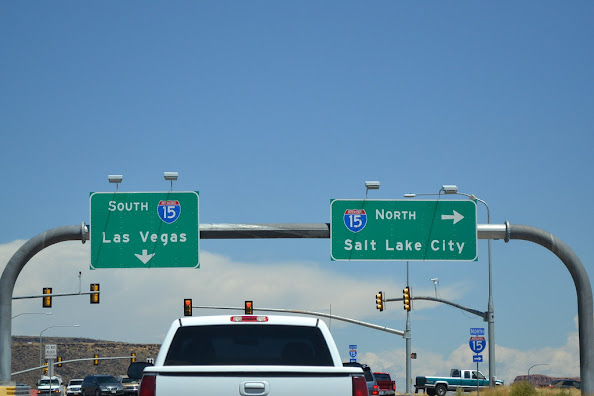 Tough, tough week or not, I try to notice three things that made me happy or grateful. So whatever part of me does the noticing gets a bit of exercise, and offers some resistance to everything else that would do the noticing for me, you know?
Here's this week's Three Things podcast.
1. Sibilance
From far away, I still hear the sound of the gigantic traffic signs in the U.S.—the ones high above interstate lanes that spell out in Highway Gothic an exotic sounding city up ahead. That’s how I first experienced  “Salt Lake City.”  I’ve never been to Salt Lake City, but when we were in Vegas a few years ago I read the Salt Lake City sign out loud like a poem. The Killers have a new album now. It’s different. It’s got a song called Quiet Town, another rock song about drugs. The song is dark and shadowed, its conspiratorial mood is conjured in part by the poet’s use of the letter s. I quote here without permission, but with admiration. Listen how the s’s in the first nine lines of the second verse...:

When we first heard opioid stories

They were always in whispering tones.

With their daughters and sons

In their suits and gowns

... listen how the s’s in those sad lines have crept closer and are everywhere now when the payoff line arrives:
Somebody’s been keepin’ secrets
In this quiet town.
Jesus, that is strong stuff. Hard to hear, and impossible not to let slide into my skull. Thank you, Brandon Flowers. 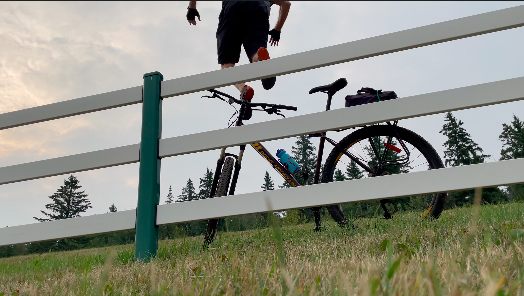 2. Fencing
As kids growing up and out of the north end, we were good at hopping fences. To get into trouble, to get out of trouble. Not counting barbed wire fences, which required a special technique to get over without getting bloodied, there were two styles of scaling a fence. One was to use the top rail as a seat for a mid-climb rest, using it as a saddle to slowly dismount from. The other was to use the rail as a launching pad to jump clear from. All of this is packed somewhere just below the surface, because there was the choice again last week—leg over or liftoff—as I pedalled to the end of the gravel road along the Whitemud Equine Centre, stopped and considered the horse fence just ahead of me. It looked like a piece of blank staff paper. I heaved my bike over. I decided to try the jump. One foot on the railing was easy, getting the second there was a little wobbly. I jumped, and nailed the landing, proving that a 57-year-old body falls back to the alleys of Delwood at about 32 feet per second per second. 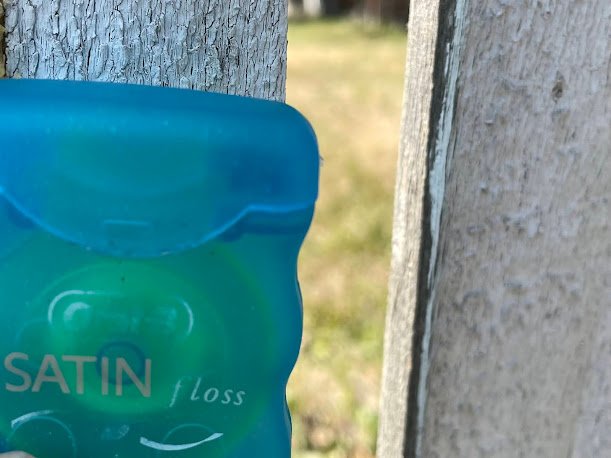 I am a later-in-life convert to flossing.  Basically, I’m tired of lying to the dental hygienist under the interrogation lights. I’m not fooling her by saying through gums fresh with blood that I floss regularly. She sees the truth. The thing about flossing is that I have to use a mirror, so I actually see my teeth, unlike brushing. I get to know my teeth a bit. There’s a tooth on the bottom that’s crooked, it juts out at an angle, like it doesn’t want to stand in parade with the other enamel warriors. Farther back, to the right, it’s a bit of work to get the floss string between the two teeth that are packed together across a zero property line. Here’s another thing about flossing: with my mouth open, I can’t talk, which is a relief. In this little amphitheatre, I can listen, though, and I can play my teeth and use the floss to make enjoyable little picks and clicks of sound. I’ve become implacable. Here’s one more thing to note about flossing. The “s” sound. Flossing. The way those silky letters have infiltrated the word.

P.S. A couple of minutes before jumping from the fence, I watched a hawk launch from an overhead cable. The hawk does not play by the same rules. 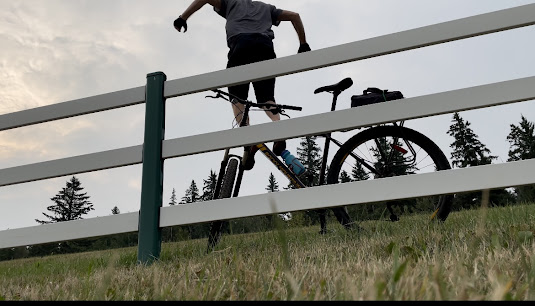 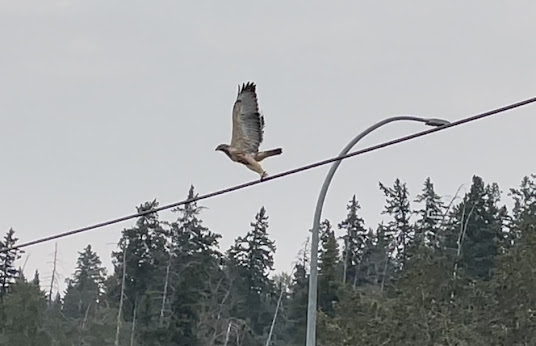 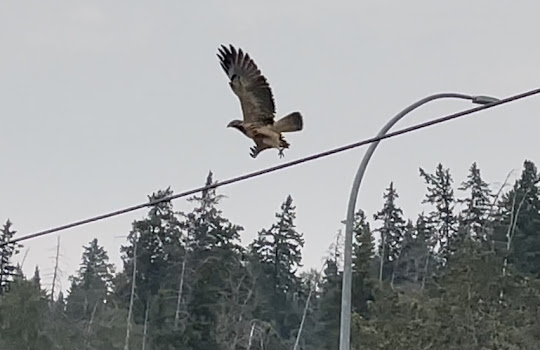