Late night thoughts on Zamboni drivers and other things 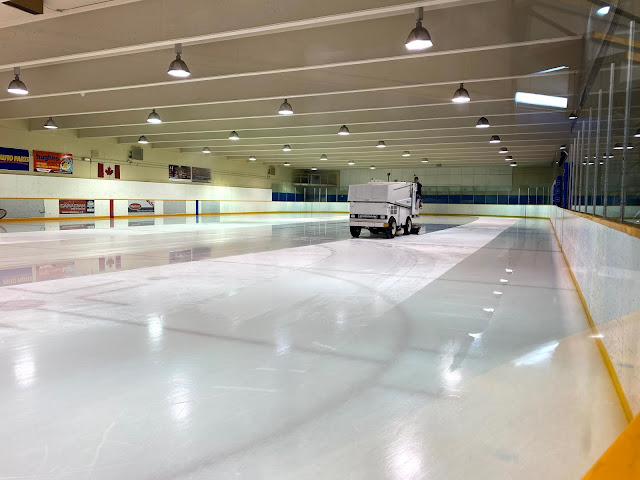 I am beginning to see that in the figure-ground divide, I've long had a soft spot for the ground.

Paul Simon has a line in a song on the Graceland album.

In early memory
Mission music
Was 'ringing around
My nursery door.

The words depict a literal image in the listener's mind. This is the what of the verse, or the figure. There is also a how. The figure itself is figured. The how that works on me is in the alliteration of m and r sounds, and the way those consonants, repeated, produce a kind of gentle murmur somewhere in the background of my receiving equipment.

As a child I struggled with two speech impediments. I couldn't say my r's. And I suffered with a stutter. Speech therapy helped contain both weaknesses. I wonder if it was in those sessions at the Glenrose Hospital and the Idylwylde public library that was born my connection to infrastructure. I mean, I had to consciously and painfully work on the physical shapings of my mouth and tongue to produce correctly the sound of the alphabet's letters, all quite apart from knowing the right word from the wrong word. Or, white from wong, as it was.

Perhaps it was growing up with infrastructure-jobbed parents. My mother worked in health care. My dad worked on the railroad.

I worked most of my life in television news where the medium (at CTV, Hooper) was as important as the message (at CTV, Hogle). 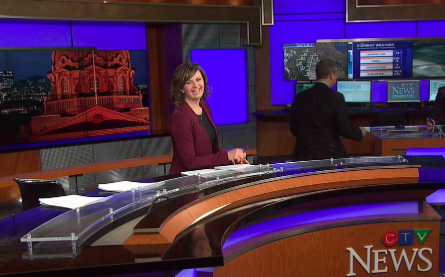 Which brings me to the biggest story in Canada this weekend: David Ayres, the 42-year-old, Zamboni-driving goalie who put the pads on for the Carolina Hurricanes against the Toronto Maple Leafs, and, on Hockey Night in Canada, won the freaking game. It's a terrific yarn spun for anyone who has ever dreamed about getting the chance, once, to be on the big stage, however circumstances concoct to bring that chance to pass. 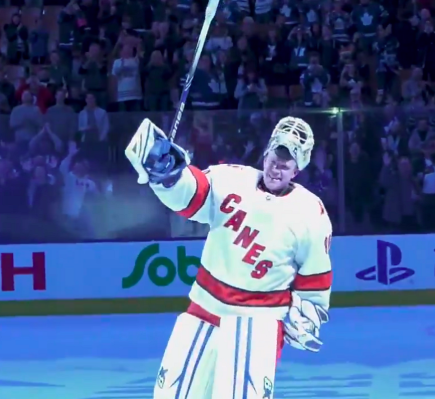 For Ayres, the combination of events was the knockout by injury of Hurricanes starting goalie James Reimer and then backup goalie Peter Mrazek. Suddenly, fatefully, it was showtime for the emergency netminder. Ayres let in two goals, made eight saves and backstopped his side to a 6-3 win. The question in the mocking media is whether the Leafs can ever recover from losing to a Zamboni driver.

As if a Zamboni driver is a child's cartoon figure.

I remember coaching minor hockey and waiting with my helmeted corps for the Zamboni driver to finish the job of laying over the gouges and chips and scars a light dressing of water. Mesmerized, I watched the vehicle orbit the rink in tighter and tighter turns. I was never much of a coach. I was usually undone by the poetry of the flood.

Today, I was out riding my bike and I stopped at Crestwood and Oliver and Tipton arenas just to watch the Zamboni drivers do their rounds. So the skaters could do their figuring.