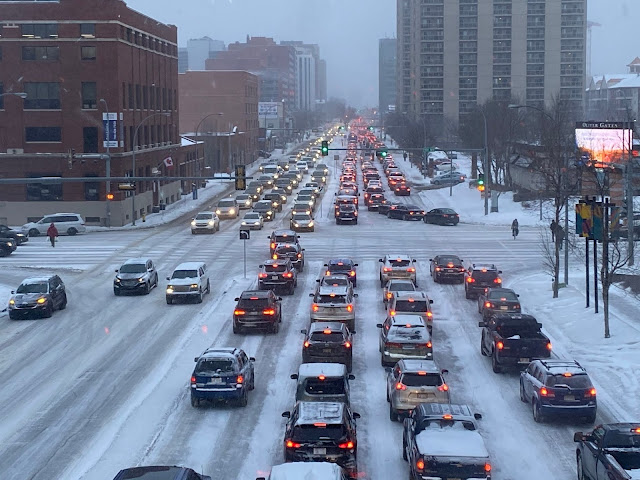 Sick with a cold, tired from the non-stop and just a bit weary from the sick and tired, I drove home down 104 Ave this afternoon in a rush hour that felt like a funeral procession.

And hungry. Right, no lunch. Add hunger to the list. No doubt, I was suffering. I'm not aware of anyone who suffers quite like I do. Shelagh, sitting next to me in the car, would likely agree.

And not on my bike. Let me keep counting the woes.

We turned off at 122 Street, parked the car and headed for Blue Plate. I ordered an Old Fashioned. A stabilizer, as my friend Al would say. I sipped it. Contemplated the maraschino cherry pinned between the glass and the ice cube die. Remembered how my parents said mar-a-SHEE-no, but Bogart said mar-a-SKEE-no. We talked about music. Shelagh remembered parties where she first heard Dire Straits and Talking Heads. We've been telling each other stories for 35 years. I hadn't heard that one before. That was nice. 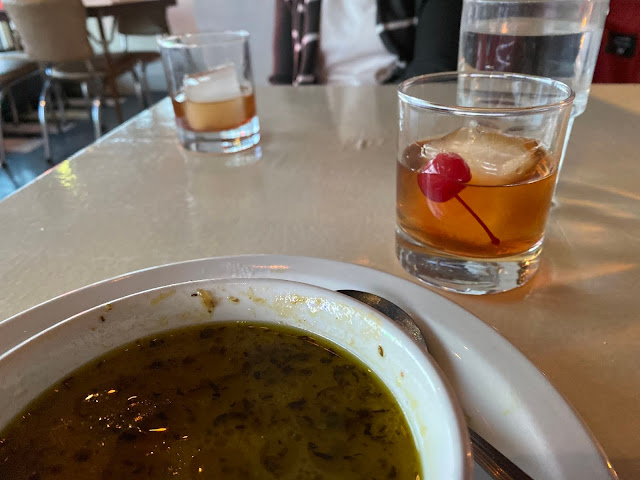 I looked out the window at a fire truck, its lights flashing, parked in front of the restaurant. The vehicle also captured the attention of a young boy walking into the restaurant with his parents. The little guy slowed his pace to keep looking at the light show. Who could blame him? The three eventually sat at a booth next to ours. A few minutes later, a firefighter came in and quietly asked the parents if their son would like a firefighter colouring book. The boy was so happy.

"That is so nice," a woman said from a table behind us.

Later, the boy's father walked up to our table and said he had noticed I had captured the moment and would I be kind enough to share the pics?  He was overwhelmed by the firefighter's kindness. There were tears in his eyes. I texted him the pics. We talked a bit. His family is francophone de l'Alberta. We spoke a bit of French. 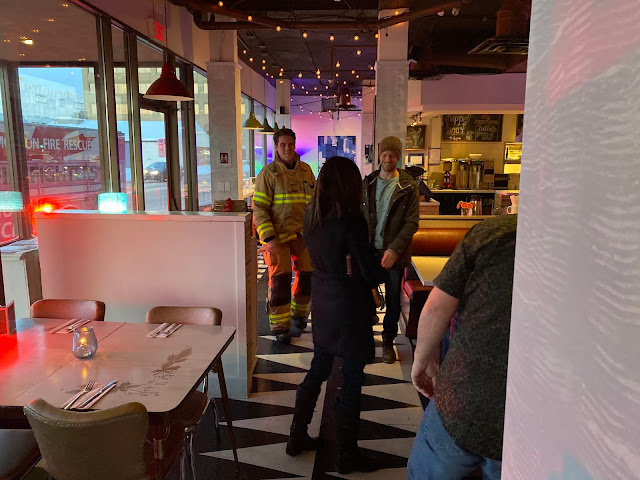 There is so much that I am not certain about anymore. So much that's murky. But I know for sure that that father loved his son.

I felt in the world again.

Maybe we don't need to find rest as much as we need to see kindness.