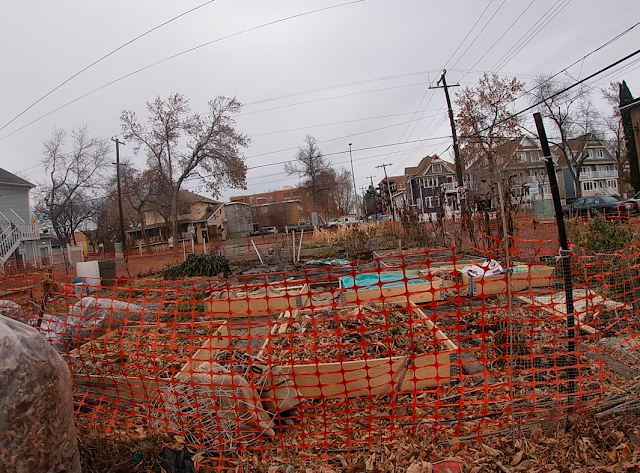 If you spend time in Edmonton's Oliver neighbourhood, you know the place. It's the snow-fenced backyard garden just off the Oliverbahn bicycle lane, in from the alley, across from the old Indian restaurant, kitty corner from the tattoo parlour and a block or so from the fence printed with an image of Richard Avedon's photo of Nastassja Kinski and the snake. My friend Myles helps grow the vegetables in the snow-fenced garden. And that would be a wrong way to put it.

The soil grows the plants.

I had pedalled over to return a hello wave with a quick visit. Myles was delivering four giant bags of rescued leaves to the garden. He explained that some will be used to dress the hibernating soil in the garden's container boxes. The rest will serve as feedstock for the compost that will enrich the soil in the 2020 growing season.

(Two ways to look at the fact that Edmonton has a short growing season, I thought. One: bemoan for affect. Two: compost for effect.) 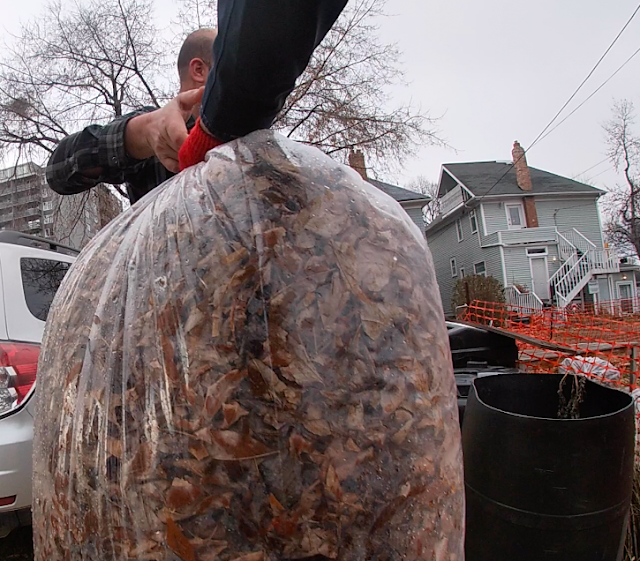 Then Myles got transparent about his affection for trees and leaves.

"The trees want the leaves to fall on the ground beneath them," he said. "It helps the soil. They live there, right? The tree needs that ecosystem underneath of all those beneficial things around it so it can pump it out over the next year."

(This is irresistibly metaphorical, I thought.)

"This is irresistibly metaphorical," I said.

I mean, soil is infrastructure. Infra, from the Latin meaning below. Below ground, as sewers and telecommunications infrastructure are. Below notice, as other mundane infrastructure—sidewalks, roadways, a park bench, a penitentiary, the Internet—are. And like other infrastructures, the soil must be tended and maintained.

It is worth the work, too, all this giving back where you live. It was a good year for carrots in the snow-fence garden. And for cabbage and Brussels sprouts, too. 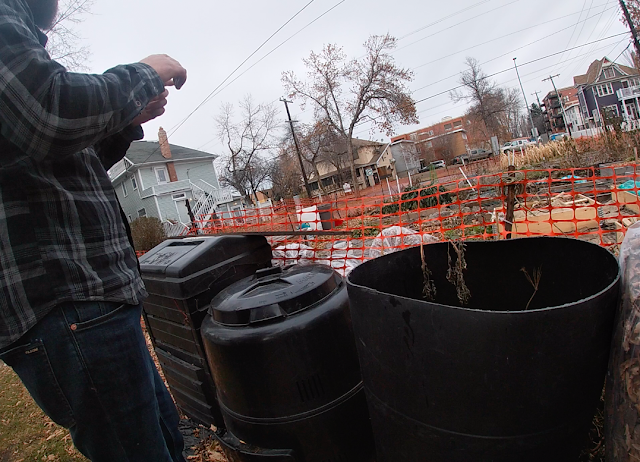