The elephant in the alley The first time I saw the toy elephant was a month ago. It was lying on its side in a patch of grass and leaves and twigs in the alley behind our house. That seemed wrong.  I put the plastic creature on its feet. Every morning walking to the bus, every evening coming back from the bus I glanced down to make sure it was still there. And until yesterday, it was.

Yesterday when I came home there it was—in 34 pieces. Run over by a car? Smashed to pieces by someone's boot? What happened? 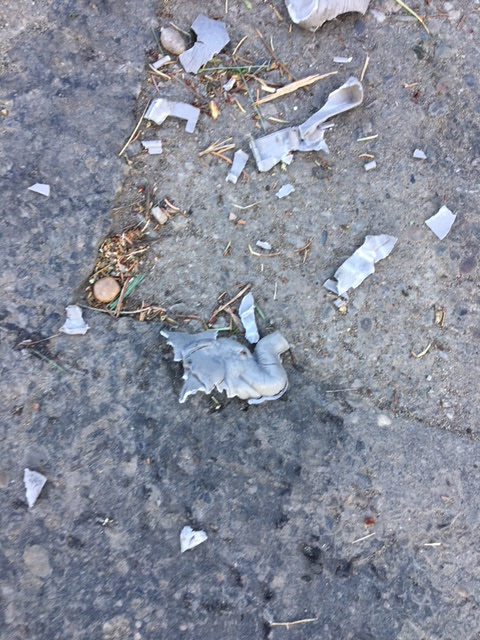 I bent down and carefully picked up the shards and then carried them in a cupped hand into the house. There was never any question that I would glue the pieces back into some kind of form. I laid them out on a paper towel. Shelagh is in Minneapolis. 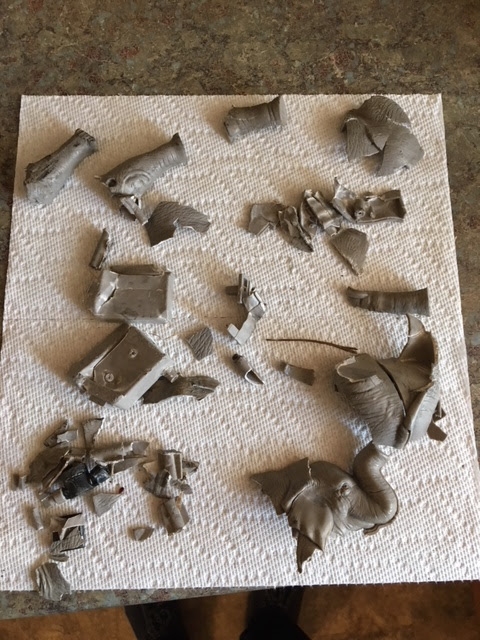 I bought three tubes of Krazy Glue. (As I write this blog post there is still a distinct elephant glue aroma in the room.) I looked at the pieces until they began to resolve themselves into head, body and legs. The I re-constructed the miniature creature, hind legs first, then part of the back, then right ear and face, and then the belly and front legs and then the left part of the head. It was oddly satisfying to see the elephant begin to reacquire its form. 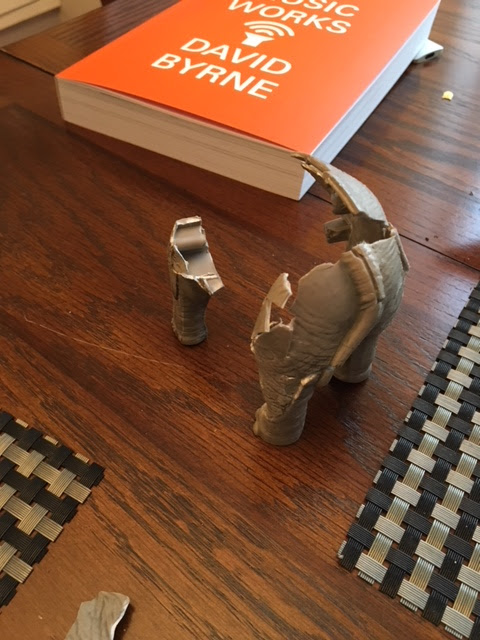 In the process of applying pressure to the shattered parts until the adhesive could do its bonding work, I quite effectively glued my finger tips to the elephant's hide. Three times. This was not as thrilling. Any of the three times.

After work today, I finished the repairs. There is a still a massive hole on the left part of the toy elephant's body, and there are blobs of dried glue on its face, but it again bears some resemblance to its former shape. 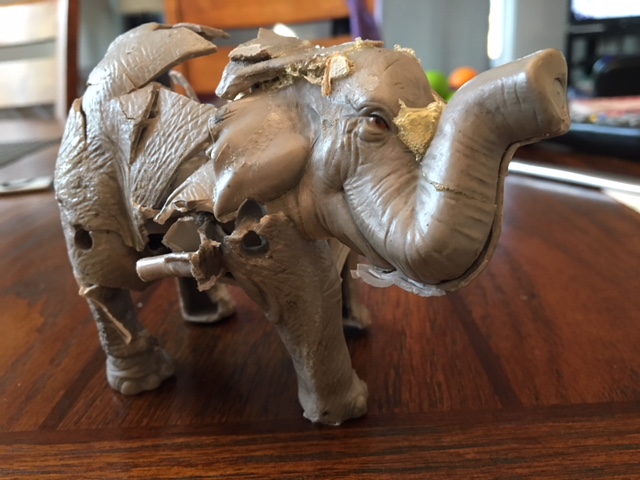 Now I have time to wonder what this was all about.

Maybe it was instinctual. We just don't leave bodies lying in the road. A kind of Antigone in Parkview.

Maybe I recalled how Shelagh and I sat in a bar a couple of weeks ago, and, with audio down, watched The Nature of Things on the TV above the bottles. The episode told the story of those in Kenya who care for elephants. I now know I can watch, while nursing a Village Blacksmith, mediated elephants move back and forth on a monitor for a full hour. This is actually useful self-knowledge. 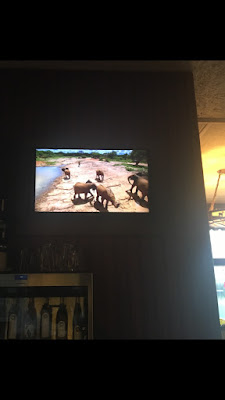 Maybe I remembered reading Babar Loses His Crown as a boy.

Maybe I sensed that this toy once belonged to a boy or girl who is now grown up, and that the plastic elephant was once a trusted companion.

Maybe it's hard to see some things in pieces.