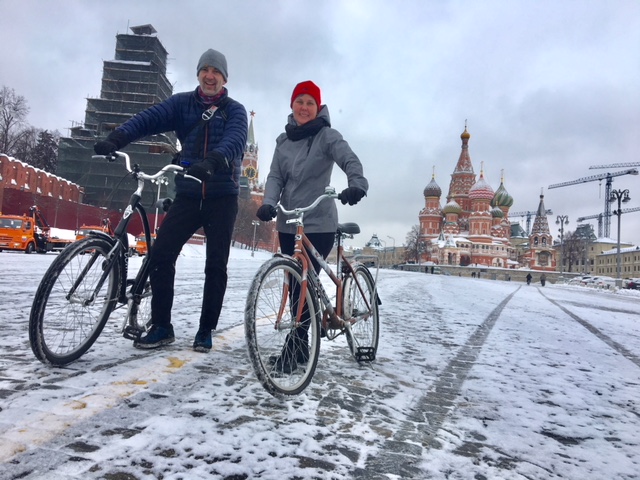 Here we were in Red Square five days ago in a photo composed by our friend from Saskatoon, Felipe Gomez. The rest of the photo, namely Saint Basil's Cathedral, was constructed around 1555 on orders from Ivan The Terrible.

We stopped for the pic during the Moscow Bike Parade, which drew a few thousand bicycle riders onto the closed streets of Russia's capital city.

Here is some of what I saw:

Nena was in my head for a lot of the trip, actually. I have realized how big a role Russia played in forming my imagination as a late child of the Cold War. In those good old days, I knew two categories of public figures: NHL players and politicians. Esposito, Orr, Dryden, Nixon, Ford, Trudeau, Gromyko, Brehznev. With her 99 red balloons, and her "this is it, boys," Nena walked onto that landscape.