On the streets where we live 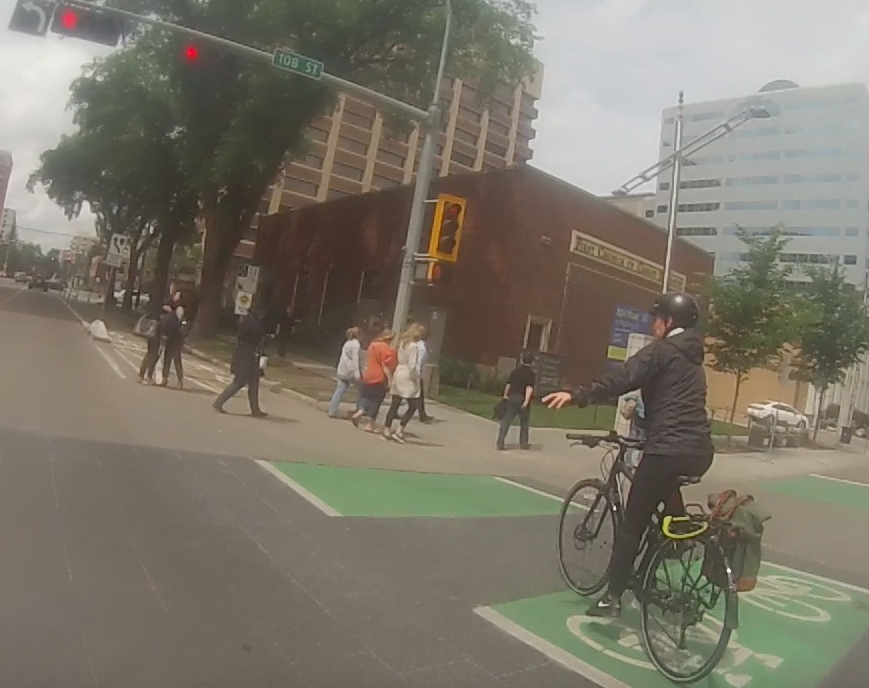 That's Olga signalling a left turn above.  In her impromptu bike network master class, I learned about big green bike boxes and how to safely get across lanes of traffic on the 100 Ave portion of the downtown grid. What I heard: there is a safe place in the city's allocation of space for bicycle commuters. 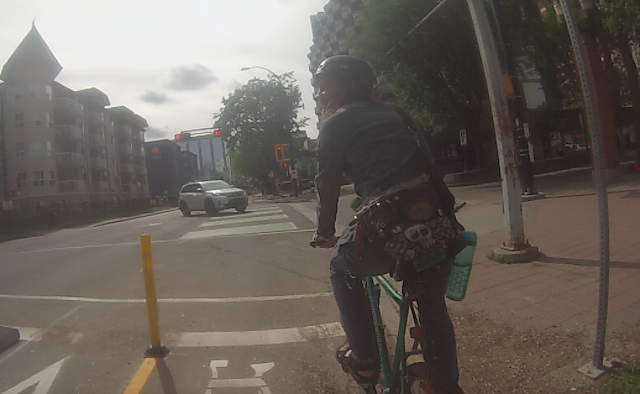 I saw this dude's shoulder bag and heard him say he thought the new bike lane on 100 Ave was pretty good.

I saw no helmet on this bicycle rider. I saw her smile and heard her say hello as we passed. 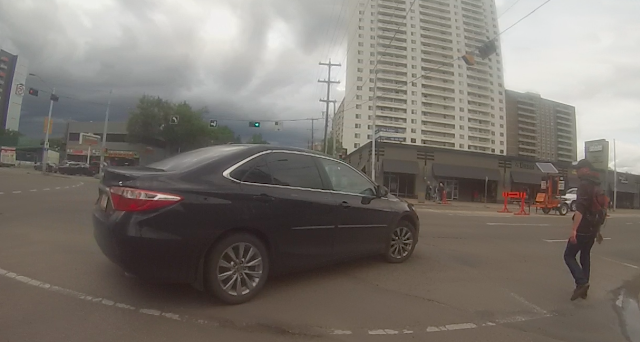 "Whoa!" this pedestrian said as he walked on green and watched the car driver turn across his path.


A few blocks later, approaching the traffic signal on the Glenora multi-use path, I saw the green traffic light turn yellow and the yellow turn red, and, as I hummed some old April Wine as I always do when red and yellow seasons change in gear, oh yeah, I  heard the rev of a car engine behind me reveal its driver's powerful order to run the red. And then I heard something unexpected: the driver of another vehicle sounded the car's horn to warn other drivers and pedestrians and bicycle riders and, as it turned out, skateboarders in the area, to the danger. Watch this:

On video review, it wasn't close. It wasn't safe at home. 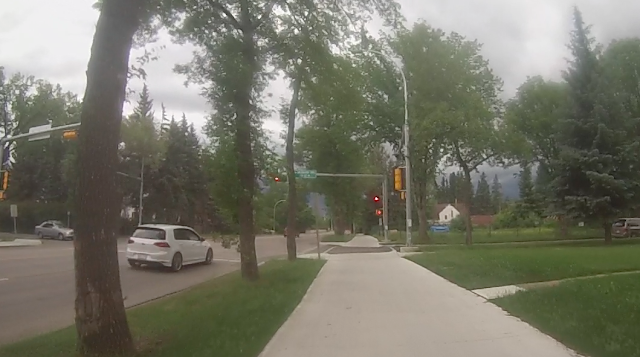 I pedalled on, and remembered that first photo—the pic of Olga and me turning west onto 100 Ave from 108 St. This pic: 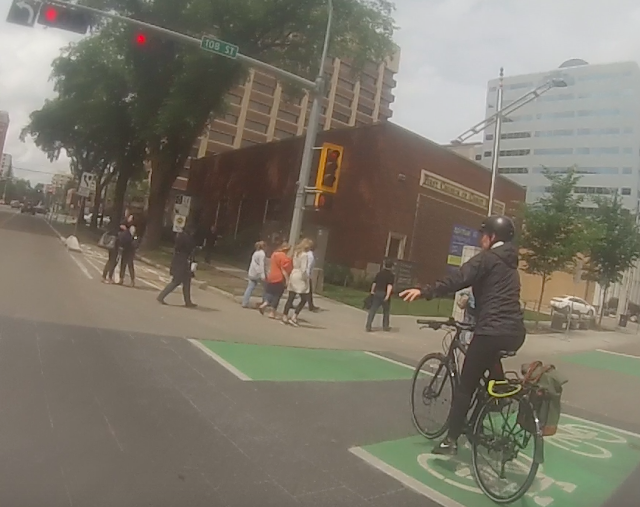 Look closely. Olga held up on her turn until two women finished their goodbye embrace in the crosswalk:

"That's what streets are for, too," I heard Olga say.