With no apparent way to begin, I tried for a headline. Hear, Hear came quicker. Don't know if that will last, but, sounds good for now.*

After wasting another five minutes failing to find that first sentence, I started collecting possible stuff for the middle of the piece. A cut-and-paste fragment of a quote from Walter Ong on the fleetingness of sound. Dictionary definitions of sound as noun, verb, adjective. Even a pic of Howe Sound from Google Images. And a graph showing the rising usage of the word "resonate.'

While it may not resonate, this blog post is about resonate. For months now, that word has been making itself heard. Every time I hear a colleague in a meeting pronounce that "this really resonates with me," or sound the death-knell that is "this doesn't resonate with me at all," I have made a note to self to try to think about that word. Resonate.

How is it that we are the point where the true verdict on the persuasiveness of things is how they sound? In our image-saturated popular culture, why does "I see" not carry quite the profundity of "that resonates"? Yes, we still use the other senses as expert witnesses. We do say "I see" and we do use versions of "that touches me." Those partial to the sense of taste will punctuate an account with "Sweet!" and the olfactory crowd will render judgment with "that passes the smell test." But, my sense is that "resonate" is more the sound of us now.

This morning's New York Times serves up more proof in an article by Stephanie Rosenbloom, titled "The Art of Slowng Down in a Museum." Rosenbloom asks her Instagram Age readers to take another look at the supposed normality of how the average museum visitor attacks the MOMA and The Met and The Louvre. 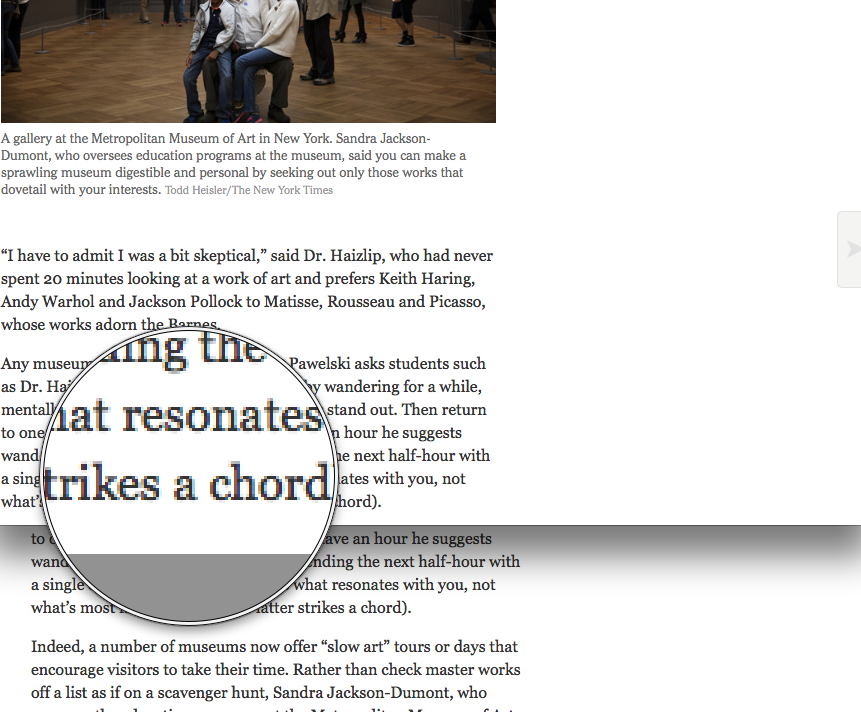 "Most people want to enjoy a museum, not conquer it," Rosenbloom writes. "Yet the average visitor spends 15 to 30 seconds in front of a work of art, according to museum researchers."

And then the question: "What if we slowed down? What if we spent time with the painting that draws us in instead of the painting we think we're supposed to see?" (After all, you don't go to a library and look at the spines of as many books as you can in the time you have. Nice point.)

Rosenbloom cites the advice of James Pawelski, the director of education for the Positive Psychology Center at the University of Pennsylvania, who says we should all try spending up to 30 minutes with a compelling piece of art instead of driving by the must-sees.

"Choose," Rosenbloom summarizes, "what resonates with you, not what's most famous (unless the latter strikes a chord).

In that advice, Rosenbloom seems to be positively begging readers and museum patrons to realize that what they see is not all there is to get. The standard is what reaches you as a human being, what you may not be able to describe or even share right away, what causes a vibration, a ripple in who you are. What it's not is the Mona Lisa selfie you share with friends. Sound advice.

But why is it sound advice?

Ong reminds us that sound exists only when it is going out of existence. Here is the rest of that famously elegant quotation from Orality and Literacy.

"[Sound] is not simply perishable, but essentially evanescent, and it is sensed as evanescent. When I pronounced the word 'permanence', by the time I get to the 'nence' the 'perma'- is gone, and has to be gone. All sensation takes place in time, but no other sensory field totally resists a holding action, stabilization, in quite this way."

The keystroked word is certainly able to be held and stabilized. The backspace deletes that started this blog testify to that quality of the computerized word. It can be held and questioned and dissected and reworked and manufactured. That manufacturedness is hidden by the good writers (and admitted to by the lesser :), but, either way, the reader is on to it. What I see in print could have been made another way. It was made another way. And that makes it easier, at some level, to distrust it. What I am given, the reader may say to herself, himself, is designed and redesigned to provoke a particular response from me.

But sound can go deeper.

In what we taste: "The first experience resonates with me at an emotional level," Alinea's Chef Grant Achatz has said of a meal at The French Laundry, the famous Napa Valley restaurant.

In what we trust:  Springsteen has told the story of Darlene Love's rise to fame as the process of people starting to hear and recognize her voice. "And they felt an allegiance to it," Springsteen said. Ties that bind.

As an adjective, sound means in good condition, not damaged, not dented, healthy. One is in sound financial condition, or makes a sound argument, or sleeps a sound sleep. Everything that flimsy is, sound is not. As a verb, it means to determine or find the truth of. As a noun, it describes the vibrations that move through the air, into our ears, into our hearts and minds and souls.

And even though sound itself is, inescapably, a word, it also describes the experience beyond or before words. So, when factory-line words  in the hands and mouths of public relations pedlars, poets, priests and politicians strike us as generic and degraded, then words pay the price. And so we ask for something seemingly deeper than those words, something that happens to us, something that hits us that is not of our own making, maybe? 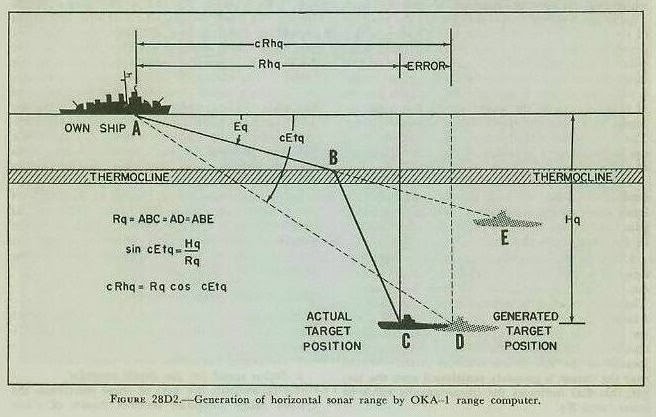