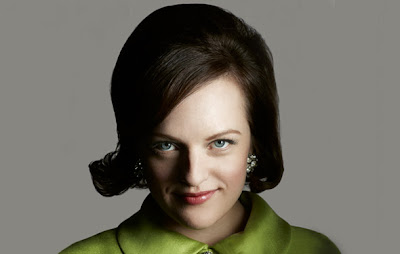 Peggy Olson is admittedly distracted. She's been dropped from the Heinz account and now she believes she is only hours away from being dumped by her boyfriend. And so when the agitated Ginsberg and Stan come back to their common office playing roles in one of the oldest stories known to man, she is not quite there. And maybe that is part of the point.


Ginsberg: She couldn't have been struck by lightning a week ago?
Stan: You think that's her idea?
Peggy: What happened?
Ginsberg (sarcastically): The boss's wife had an idea.
Peggy: Any good?
Stan: It's better than what we had.
Peggy (after a pause): Good for her.

It is not the most memorable scene from Mad Men, and, at 34 words, it is only slightly longer than the trademark silent scenes, but it makes you think.

Ginsberg, the junior copy writer, and Stan, the art director, have just come back from Don Draper's office, where they were told to take a completely different direction on the Heinz pitch. That's because an idea had occurred to Megan. So, instead of dancing beans in a bean ballet (Peggy), or kids sitting around a campfire eating beans (Peggy), it was now moms and kids and beans through history (Megan).

Don likes it. The reactions of Ginsberg and Stan are predictable. Predictable not because they are weak, which is easy to see, but because we all can be weak in the same way, which is harder to see. And that weakness consists in not seeing the idea first and for what it is. Ginsberg and Stan get in the way. They doubt it's her idea. They attribute its traction to Megan's being Don's wife. They are put out because of the the timing of the idea's arrival.

But Peggy asks the two-worded, withering question: Any good?

The ancients taught that there would always be tension between one's own and the good. We feel allegiance to ideas, to children, to spouses, to possessions in part because they are ours. And sometimes that can get in the way of our more abstract allegiance to the good. The point is they are not always the same. And this has informed much of our institutional way of life, including the real-world understanding in a court of law that the character testimony in favour of a spouse is not always worth as much as that of a direct witness. If we love someone, we don't always see someone. The other side of that coin is also worth considering, because if we dislike someone, or don't trust someone, we just as surely don't always see them or their ideas. We keep getting in the way. 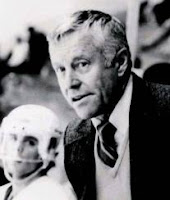 We keep getting in the way at work, on teams, and anywhere that people come together ostensibly for a single purpose. But the truth is we always risk division. We arrive divided. It is easy to say, as do the authors of my organizational theory textbook, that organizations are made up of people and their relationships with one another, but that is the whole game right there. The task is to be a leader who recognizes this in himself or herself, creating a space where ideas, not egos, can grow.

Or, as Clare Drake would tell the hockey Golden Bears: "It is amazing what can be accomplished when no one cares who gets the credit."