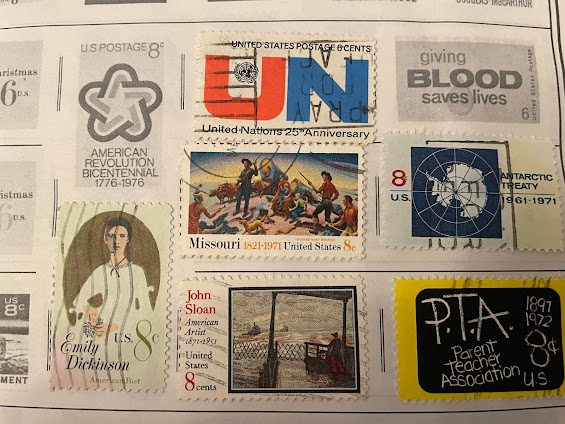 Happy end of the week, friends!
I am no fan of death or dying, but I do enjoy a good graveyard every now and then.
This week's podcast.
Here are three things I noticed that made me happy or grateful this week.
1. Stamp collecting
Walking through the rows of headstones at the St. Joachim Cemetery off 105 Avenue reminded me of leafing through my childhood stamp album. Before I ever heard of George Gershwin, I had a George Gershwin stamp, US Postal Service 8 cents, 1973. And an Emily Dickinson stamp from 1971, and, from 1975, a 10 cent Paul Laurence Dunbar, American poet, stamp. These postage stamps, and the ones of kings and queens and prime ministers and presidents chancellors and moose and the St.Lawrence Seaway and International Women’s Year, were miniature windows into big worlds far away from mine in northeast Edmonton. 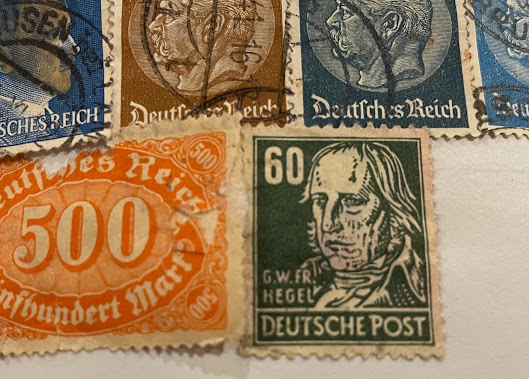 On my Germany page was a stamp from 1948 of a sour looking dude called G.W. Fr. Hegel, whom I wouldn’t meet until university, drinking beer at Dewey's.
As a boy, on rainy days, I would bring out my album and piles of loose stamps and set up shop on the kitchen table. On the album pages were black and white replicas of the stamps, ghosts over which I would post the real-life stamps when I acquired them, bringing the page to life with colourful little squares and rectangles of story. 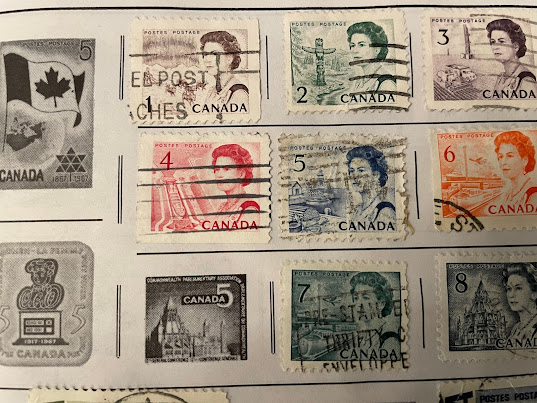 Walking through the rows of headstones at the St. Joachim Cemetery last week flipped the stamp collecting experience. Gone, after all, in a cemetery, is the colourful, real-life person, replaced by a ghostly, inscribed rectangle. There is a deep similarity, too. Both stamp and headstone are attached to a container—an envelope in one case, a tomb in the other—and both stamp and headstone are applied with care in the hope of safe passage. 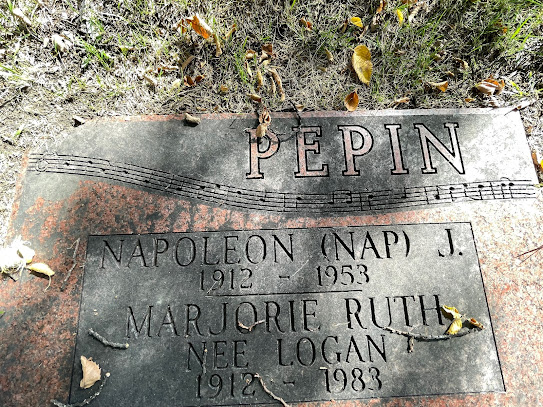 2. The Pepins
Wander the rows of any graveyard worth its name and you will find interesting people.
We were in Halifax once and there was Alexander Keith, where he’d been for about 140 years. Near Frank in southern Alberta are two mass graves of victims of the Hillcrest Mine Disaster. At St. Joachim, I once found the grave of a former governor of Kansas. JJ. Bowlen, namesake of the north end junior high with the tough kids in the 1970s, is there, and, so, too, I discovered last week, are Napoleon J. and Marjorie Ruth Pepin, née Logan. Nap, as the tombstone says he went by, died in 1953 and Marjorie in 1983.

Their stone has carved into it, above their names, eight measures of music. In G, in 2/4 time. I took a pic, and picked out the melody on the guitar when I got home. Maybe I should recognize the score, or maybe it’s music M. or Mme Pepin wrote, or enjoyed, or maybe it’s just the sculptor’s version of carved elevator music. Who knows?

It was a quiet thrill to see how the written music ends with two quarter notes, tied.
3. The police
We’d lost track of time by the time a dude walked up a gravel lane in the cemetery to where we were sitting near a green bench. He was wearing a white t-shirt with three slashes of colour—blue, yellow and red—across the front. Synchronicity, I wondered out loud? Is this guy wearing a Police t-shirt? He was. 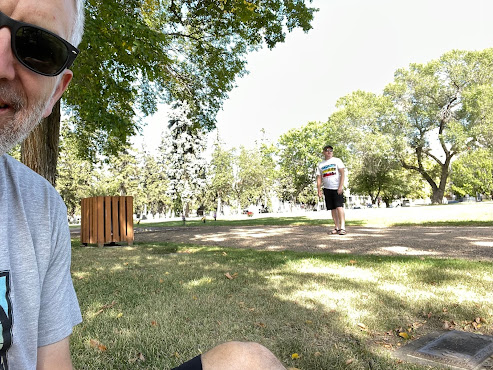 He stopped. We talked about the album from 1983 that gave us so many brilliant songs, and deep cuts like Mother and, with its question, is anybody alive in here?, Miss Gradenko. 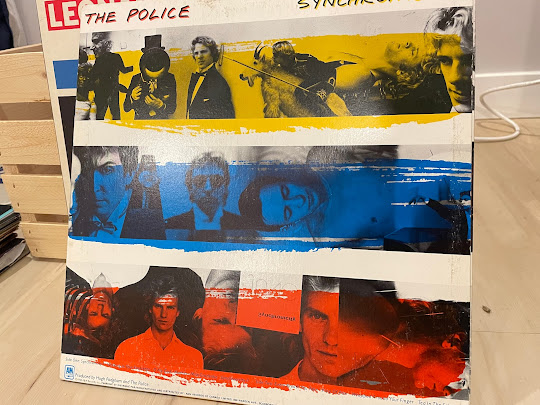 As buddy walked away deeper into the shady lane of the cemetery, and we talked a more that world-changing music, it struck me how perfect it was to talk about The Police in a graveyard. How doing so answers a Jeopardy-style question in the, I don’t know, Musical Quotations from the Bible category. The answer: the St. Joachim Cemetery in Edmonton. The question: What is, Death, where is thy Sting?
Have a good weekend, friends. In the cemetery or not, I hope you all feel quite alive this weekend and next week. À la prochain! 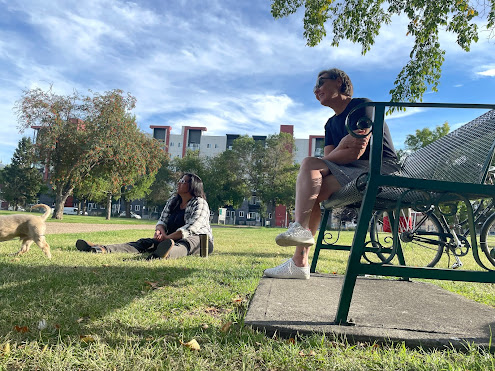