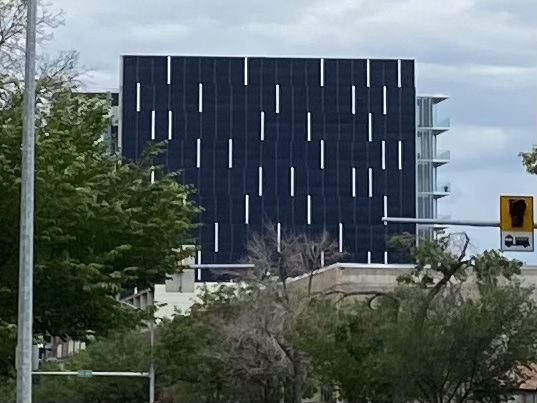 Happy end of the week, friends. Here are three things that made me happy or grateful this week. I am trying to build noticing those things into a habit. Noticing them and then saying them out loud in the Three Things podcast, too. 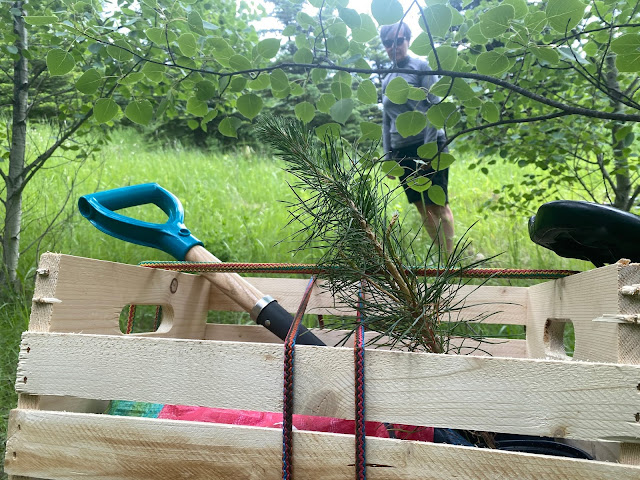 Our sons, now in their late 20s, don’t remember Arbor Day and they don’t remember or really care that their parents neglected to plant the spruce seedlings they came home from Grade 1 with. But their mom remembers.  Because in her heart is the kind of significant soil where those memories stay alive.

Auntie Shelagh remembers: “When our boys got their Grade 1 trees, I was excited about the concept. But we did not need a tree in our yard. And, so, I said, why don’t we find out if there’s a new community that could use a tree. But between hockey and music and school—Michael was in pre-school when Alex was in Grade 1, we just never got it done. And I really regretted that.”

On the weekend we tried to make it right. We took a couple of seedlings from this year’s Arbor Day and found a place for them in the river valley. I hope they’ll grow. When I say that, when I say I hope they’ll grow, I hear myself years ago fretting out loud about our slow growing garden and Shelagh’s dad saying not to worry, it’s all planted, have faith, it’ll grow. Going from board games like Snakes and Ladders to the day in 1973 we got Pong for the downstairs TV—that was a quantum leap of gaming. Atari Pong was an early arcade style tennis game. Black screen, two white bars for paddles that players would spin up and down with hard-wired controllers. The tennis ball was a white blip. We rallied until we had to eat food to keep going. I now know that the dashes and dots from those Pong games have been travelling through time ever since. Because the dashes, at least, arrived quite clearly on Tuesday as I glanced over at the MC College building on 104th Avenue, and saw it for the first time as a giant monument to the game of Pong. Take a look when you’re there. What else could explain the design on the south face of the building where there are  40 or so giant white bars that look exactly like giant Pong paddles? It must be some designer’s nostalgic nod to that game-changing game. The only thing the wall is missing is a giant white blip tennis ball. So, I took a pic of the building and later that day spent an hour staring at my computer screen, making a simple animation of the Pong building in action

Yes, I can still stare at a computer screen for an hour straight because, as a boy, I developed that important skill, yes, playing Pong. 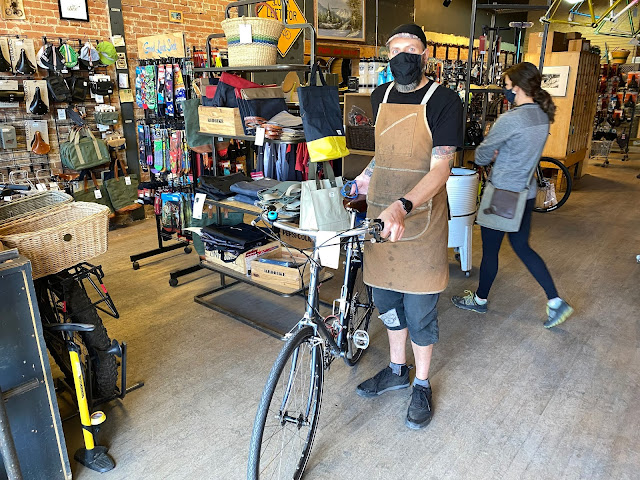 On the long list of bonehead moves that I’ve made that I know about, throwing out my Miyata touring bike is right down there. I was a stressed out young father with a job that would never stop, and so it seemed the right thing to do to find calm was to clean out the garage and toss the bike I wasn’t using. I regretted it the next day, and for years. Still do, even after finally tracking down a similar make and model last year. (Thanks, Riley and Allan and Anders for the team effort shot at redemption there.) And thanks to Kevin at Redbike, who’s helping restore the bicycle. He wheeled it all shiny out of the back shop, new handlebars, new drivetrain, new bell. When you’re in the presence of a philosopher-mechanic, you try to ask your best question.

Kevin: “If you don’t love your bike, something has to change”

If you don’t love your bike, something has to change. Put that on a sign and a t-shirt and on the side of a dumpster on my driveway in 2009. I paid my bill, checked the receipt for work done, and noticed there was no charge for wisdom from Kevin.

Have a good weekend and week ahead, friends. Don’t throw it all away!