The art of Slavo Cech 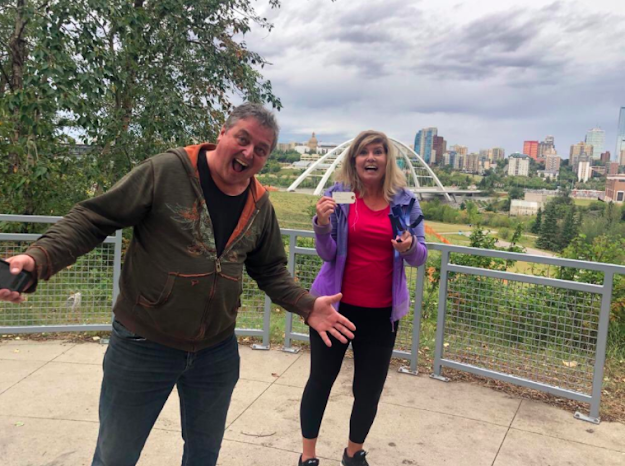 Today was Slavo's #ArtHuntYEG. At 10:00 am, 12 noon, 2:00 pm and 4:00 pm, the artist placed a sculpture in a public place, shared a pic on social media with a written clue and waited while fans tried to figure out where it was.

The first one to get there got the artwork.

The first sculpture—they're worth about $500 each, btw—was at the old End of the World lookout down from Saskatchewan Drive. It's now called Keillor Point. Much safer sounding. Still a killer view. 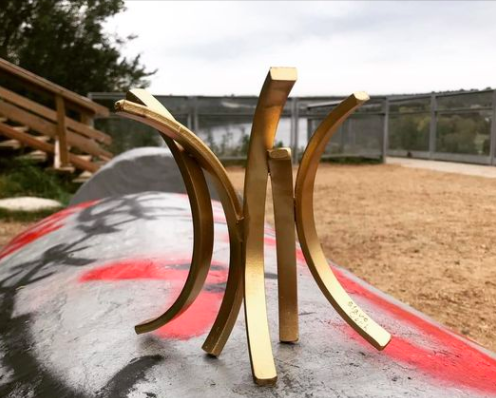 Slavo dropped the next one at ᐄᓃᐤ (ÎNÎW) River Lot 11∞ Indigenous Art Park. 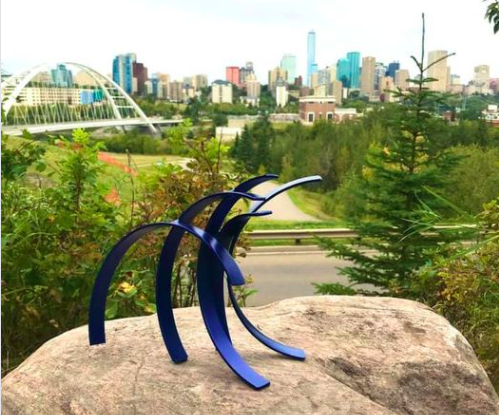 I remember being at the park the day it opened. Speeches were made. A ribbon was cut. It snowed. Umbrellas popped open. 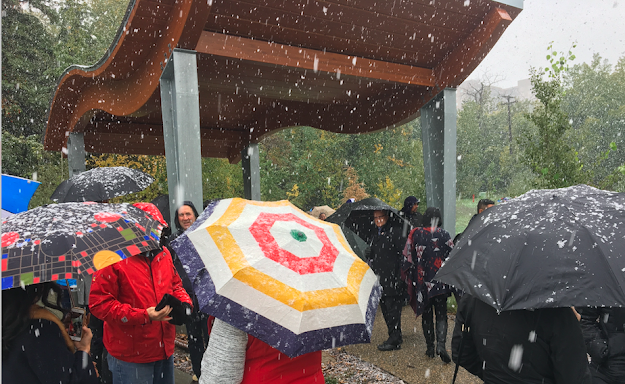 Slavo placed the third on the site of the former Provincial Museum in Glenora. 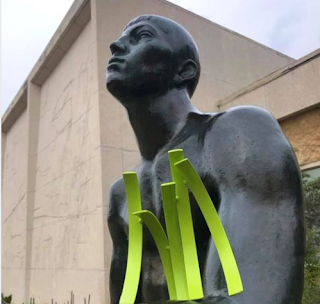 And the fourth showed up at a statue at the University of Alberta. 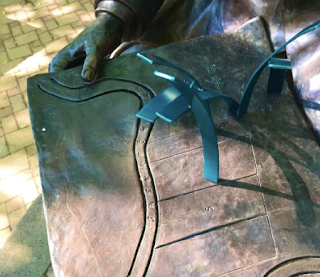 Putting it mildly, the sculpture winners were overjoyed to take a piece of Slavo home.

Sculpture isn't like music. A musician puts a note into the world and it disappears. Music has a short lifespan. It vanishes as it comes into being. A statue exists across time. It permits you to look at it from this angle and that, from above, from below, and again and again without hitting a rewind button. It can be photographed. Sculptors sound notes that stand still.

That's one thing I realized today watching Slavo's #ArtHuntYEG play out and captivate so many people.

It's nice when the internet is used for joy.

And one last thing: it's good to have public spaces. Keillor Point, the Indigenous Art Park, the old museum, campus—these are public spaces not just in the sense that you aren't trespassing when you are there. They are public places built with public vision and money for all to enjoy and access. That's a big *&%$ deal, as Biden would say.

In the days leading up to today's celebration, Slavo had explained that the sculptures would be "hidden in plain view."

Today, the artist brought so much else about where and how we live into focus. 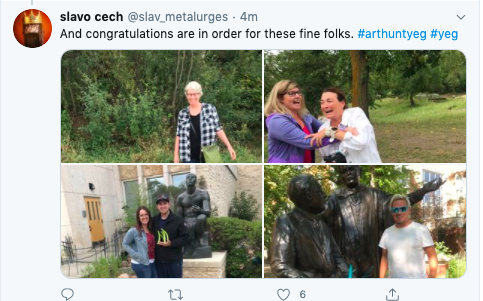 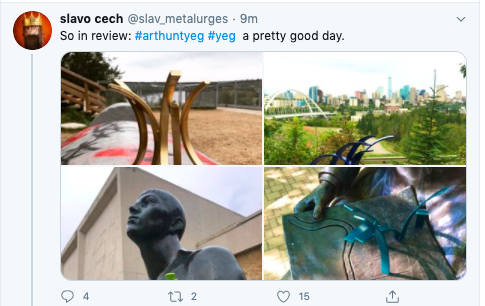