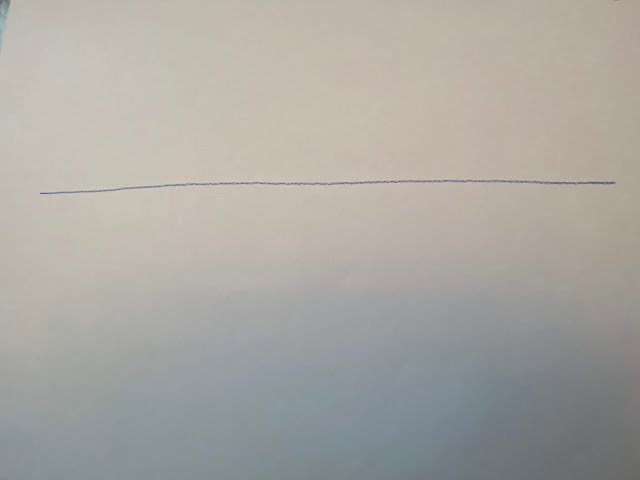 I remember sitting on the examining table in the doctor's office and feeling the concept of immunity sinking in a bit. The doc had taken a pen and drawn a single line on the table's thin tissue topping.

I had asked about shingles. Could I ever get it again? What could I do to prevent ever getting it again? The pain from my shingles episode a couple of years before had been at times unbearable. Those were the hours it felt like some tiny invaders under the torso splotches were slowly pulling a tiny pipe cleaner tipped with tin foil through my blood vessels. Yes, I got the vaccine, but could it ever happen again? The doctor said, yes, it could happen again, and then drew two more figures. 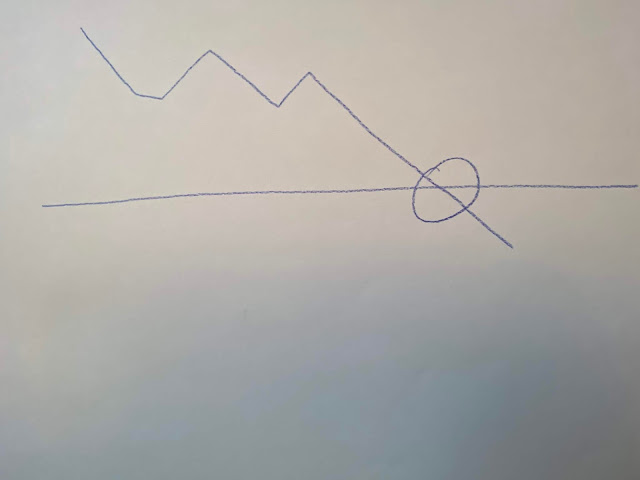 The horizontal line was the virus. It stayed in my body. It would always be there. The downward-pointing crooked lines represented my immunity. When my immunity was lower than the strength of the virus, he explained, when it dipped below the base line, boom, welcome back shingles. Okay, he knew his audience. The explanation was virology for dummies. I kinda understood that viruses stayed in us, that that's part of nature. But, not really. Or, maybe, I appreciated in general sense that viruses were out there but not, right then, right there, in that confessional of an examining room, in me.

Baby, I know pain
Is as natural as the rain
I just thought it didn't rain
In California

Right then, right there the lesson got in. It's an equation. A balance. On the one hand is the fact of the virus. On the other hand are the things I have to do—get sleep, eat well, exercise, decrease anxiety—to keep the virus from surfacing. It's a drama. It's a story. Consciously, I resolved to not forget the tissue paper lecture.  On some invisible machinery, I pressed a record button.

In The New Yorker in 2015, Adam Gopnik wrote a piece titled Trump And Obama: A Night To Remember. It's about the infamous White House Correspondents' Association dinner where 44 surgically removed the reality TV star's spleen for all to see, and laugh at. Gopnik reminded his readers that "Trump was then at the height of his unimaginably ugly marketing of birther fantasies." 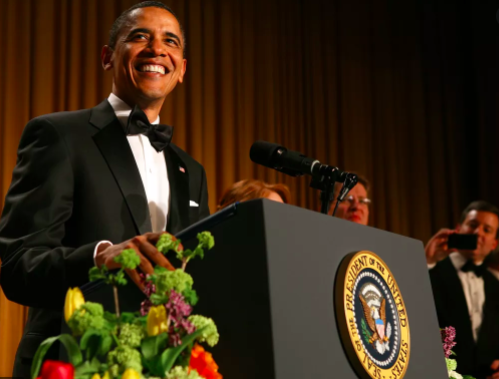 Said the vivisecting Obama that night: "I know that he's taken some flak lately—no one is prouder to put this birth-certificate matter to rest than the Donald. And that's because he can finally get back to the issues that matter, like: did we fake the moon landing? What really happened in Roswell? And—where are Biggie and Tupac?"

In the article, Gopnik conceptualized a kind of shingles-style political science.

"Certainly, the notion that Trump's rise, however long it lasts, is a product of a special skill, or circumstance, or a new national 'mood,' is absurd. Trumpism is a permanent part of American life—in one form or another, with one voice or another blaring it out," Gopnik wrote.

My mind goes to these places listening to Vampire Weekend during a pandemic.