Tim Spelliscy: a record of the past 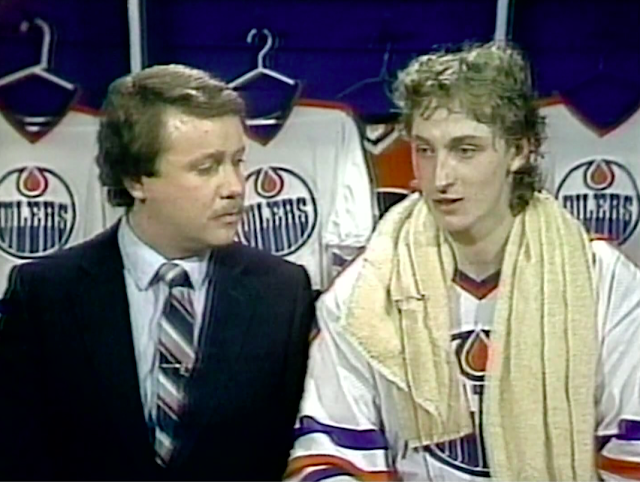 On December 30, 1981, Wayne Gretzky scored five goals against the Philadelphia Flyers, setting a record for the fewest games (39) needed to reach the 50-goal mark in the NHL. It is a record that will stand longer than the Northlands Coliseum that played host to the historic night in Edmonton.

It's easy to re-live the game highlights. Search Google. In 0.37 seconds 1,140,000 results are returned, including video of the four goals Gretzky scored against Flyers goalie Pete Peeters, making him look more like a masked mannequin between the pipes than an elite netminder of the time.

And then the fifth goal as Gretzky carries the puck up the ice, cuts to his left just before the opposing blue line and toys with defender Bill Barber for an extra second, making the Flyers star dive in futility to stop the empty net goal. Peeters on the bench, Barber on his face, fans on their feet, Gretzky in the record book. It's all easy to find and re-live. 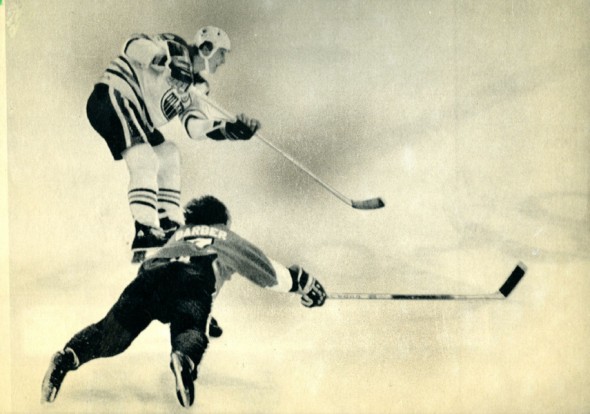 After the game, Gretzky sat down with "Oilers on ITV" host Tim Spelliscy for his first interview as a hockey immortal.

The post-game interview had been virtually impossible to find—a source of some pain for Spelliscy, a broadcaster by calling, but a historian by heart. His basement is full of VHS and 3/4-inch tapes of newscasts and stories he's been a part of. But, somehow, not the Gretzky interview. His colleague Neill Fitzpatrick asked Spell about the missing tape.

"I had the interview on VHS but recorded over top of it because I thought Gretzky would get 50 goals in 30 games or 35 games," said Spell. "Just a dumb move. I should have realized this record would never be broken. I have been looking for the interview for decades. It was never saved at ITV."

The pandemic was the break Spell was looking for.

With no hockey games to air, Sportsnet has been playing reruns, including, recently, the game against the Flyers. Including the post-game interview. Global sports anchor Kevin Karius, who doesn't let much get past him, saw it at the station and recorded it. Editing supervisor Fred "Suite F.A." Anderson sent Spell a file.

Two nice assists on the play.

"Now I have it forever," said Spell.

It's a great piece of television. Spell talks for 1 minute and 54 seconds and throws 13 questions or observations at Gretzky, who talks for 2 minutes and 42 seconds. No ums or ahs or interruptions and one really good question about whether scoring the 50th into an empty net was disappointing.

Witnessing the resurrected interview is especially meaningful for Spell, who, I think, is a bit haunted when it comes to seeing the past slip away. I think a lot of TV news types are like this. Intuitively, they know they are dealers in the past. Everything they put to tape is already a piece of what is gone.  Every image is an obituary. Playing tape back is the miracle of time travel. Like hockey players, they deal in records.

I saw this up close for the decade I worked with Spell at ITV and Global. He was a list maker. If he had a story idea, he'd write it down. Had to remember to call somebody, he'd write it down. Run an errand, write it down. Everything was on a list. Nothing was allowed to get away. When an item was dealt with, he'd cross it off. The only time I ever saw Spell suffer existential dread was when he misplaced a list. That was not good. 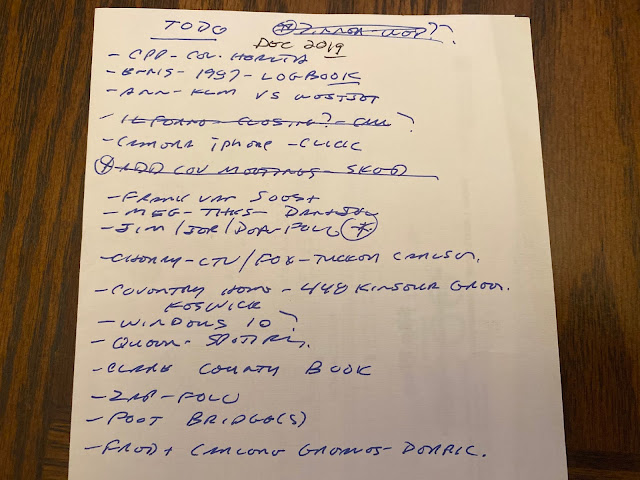 A few months ago I was with Spell and Fitz and other friends and former colleagues at Capilano community hall to celebrate the life of director Cam Kjellbotn. I had asked Spell a few weeks before if I could ever have one of his lists, you know, for the record. He chose the moment we were walking out of the hall to part with one.

He dated it Dec. 2019. And then took a few questions. Here's a video I don't want to ever lose track of.