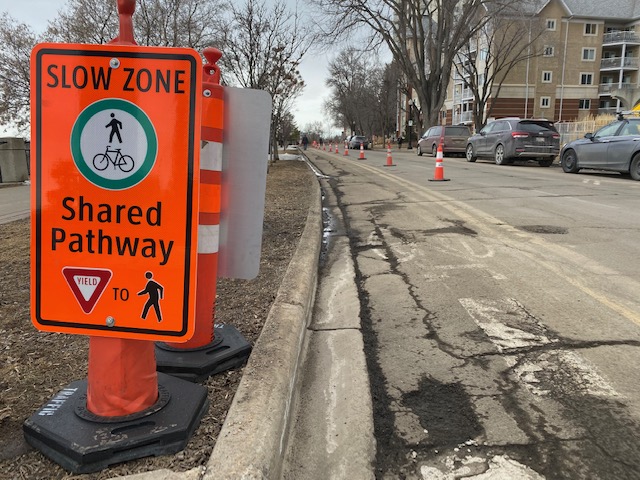 I am thinking more about pylons these days.

I knew the word first as slang, a demeaning term applied to someone without natural athletic ability on skates. Used this way on the typical hockey bench: "Did you see him blow past the defenceman? What a $%&# pylon that guy is! Hahhahaha, moron. Throw me the water." Like that.

If someone calls you a pylon, they are not complimenting you on your strength or solidity or reliability of character. They are not likening you to a bridge pylon or to an electricity line pylon or to any other huge piece of technology that can be counted on to just stand there and mutely do its work of support.

No, if you're called a pylon, it's because someone has decided that you exhibit the dumb part of the pylon's being. Like the way Lemieux reduced Chambers to a piece of material in 1991. 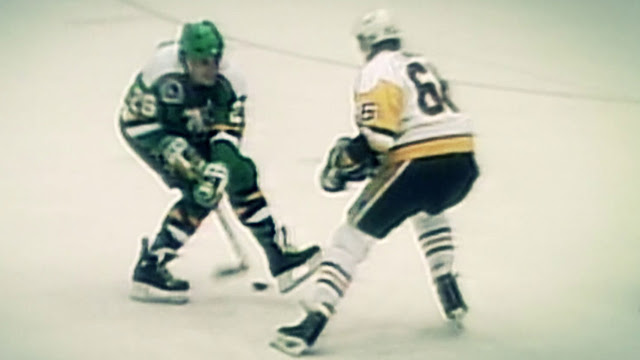 Nobody wants to be the pylon.

Except, as John Milton said in a different context, those who only stand and wait also serve.

It's the pandemic that has drawn them out of warehouses and storage yards and into the daylight of city streets where they work as silent border guards.

The idea is that Edmontonians who live in densely populated neighbourhoods should be able to get outside and move—on foot and by bike and by other modes—while still following physical distancing guidelines. The layout of conventional sidewalks, which probably didn't imagine the health requirements of urban life in a pandemic (just guesssing),  doesn't everywhere allow that room. And, so, roadway lanes in some areas of the city have been repurposed as shared-use lanes.

And it's the pylons that are out there as unspeaking communicators to announce this adaptation, 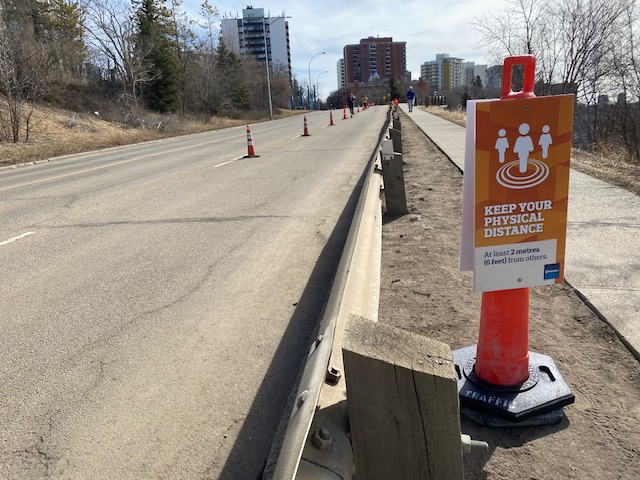 Of course, not everyone agrees with what the pylons are thought to be saying. They are hermeneutic pylons, for sure. Some might think the pylons are fifth columns assigned to smuggle under the cover of a pandemic more room for active transportation. Others see them as kinds of faucets that extrude at the roadway level, under which is an infrastructure of policy that flows the shape of the city this way and that depending on the environment.

Revolution or evolution, either way it turns out that pylons aren't so mundane, after all.

Many have done outstanding work in their fields. 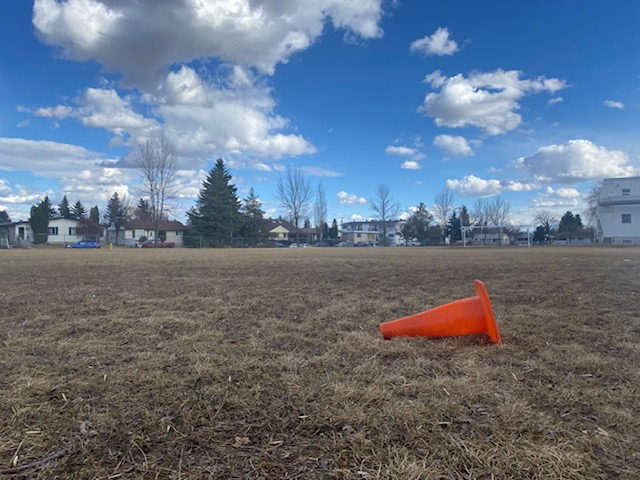