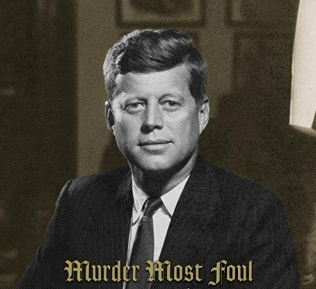 Here are some shards left behind after listening to Murder Most Foul.

It's written in couplets. Like Chaucer, Pope, Wordsworth and other epic poets who wrote to be spoken out loud and remembered.


Air Force One comin' in through the gate
Johnson sworn in at 2:38


And so on and on across 82 couplets in a 17-minute meditation on assassination, art and America. The rhythm is monotonous. Like the ocean delivering its mystery in waves from the deep is monotonous. The effect is not just to return the listener to Dealey Plaza on November 22, 1963, but also to remove the Kennedy assassination from the grip of the Boomers and bequeath it to the ages.

Maybe the song is a conversation between Dylan and Shakespeare, and we get to listen in on it? 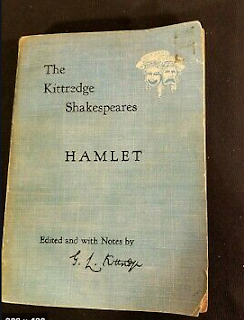 The song title is from Hamlet. The king killed in line 17 of the song reminds the listener of Claudius. The play's the thing in Hamlet. Here, too. In the final verse the imperative "play" is mentioned 36 times. Lady Macbeth is here. Merchant of Venice is here.

Or maybe it's an overheard conversation between Bob, William and Professor Smith. Emma Smith is a Professor of Shakespeare Studies at the University of Oxford. In a recent article in the New York Times, Smith pointed out the surprising fact that no one dies of the plague in Shakespeare plays, this despite the plague being all over Europe when Shakespeare wrote. Smith resolves the riddle by suggesting Shakespeare sets "humane uniqueness against the disease's obliterating ravages."

Shakespeare, Smith teaches, is not about statistics or demographics or audience segments. Shakespeare is about Hamlet, Desdemona, Lady Macbeth and Lear. Maybe like Dylan in Murder Most Foul is about Kennedy, Wolfman Jack, Marilyn Monroe, Ruby and Oswald, Buster Keaton, Patsy Cline and the others among the 42 historical and literary figures mentioned by name. If you want to remember, you better write down the names, Dylan sings in Murder Most Foul. 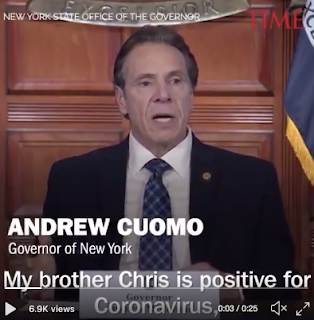 Or maybe New York Gov. Andrew Cuomo is in on the conversation, too. He channels Smith's channelling of Shakespeare and updates it for the COVID-19 pandemic. "It is the great equalizer," said Cuomo of the virus. "I don't care how smart, how rich, how powerful you think you are. I don't care how young, how old. This virus is the great equalizer. My brother Chris is positive for coronavirus."  King Lear made a similar point, and then drew a radical lesson for himself. Poor naked wretches, whersoe'er you are/That bide the pelting of this pitiless storm, /How shall your houseless heads and unfed sides, / Your looped and windowed raggedness defend you/ From seasons such as these? O, I have ta'en/ Too little care of this. CNN's Cuomo will, thankfully, be okay. He will ride out the storm quarantined in his basement. But what about those who don't belong to such prominent houses?

I digress. This happens to me with Dylan. 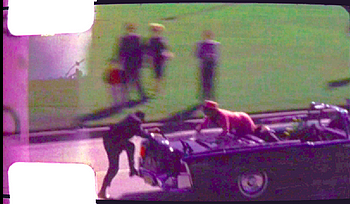 The new song is chilling. There are unnamed characters. They speak without showing their faces. They killed Kennedy to settle a business debt. They baited his brother to his death, too. There is only one thing on earth more horrifying for me to contemplate than the possibility that our lives are determined by evil merchants in the shadows. That one thing is the Zapruder film.

It's vile and deceitful. It's cruel and it's mean
Ugliest thing that you ever have seen


When cable TV came to the northeast end of Edmonton in the 1970s, so did Wide World of Sports and the Inland Empire and, so, too, did the Zapruder film. I remember sitting alone downstairs and watching the latest Kennedy assassination special and watching the film, knowing it was now determined that in a few more frames the president will be shot and the First Lady will crawl onto the back of the car, and....It was dreadful. It is dreadful. I keep seeing this stuff and it just comes rolling in. The Zapruder film is the only way I can understand original sin. Not as a concept to subjugate by. But as the dreadful sense that a crime in the past defines life—that there is an it-event. Play It Happened One Night and One Night of Sin, Dylan sings.

It's like we couldn't go no further without the Jack of Hearts. 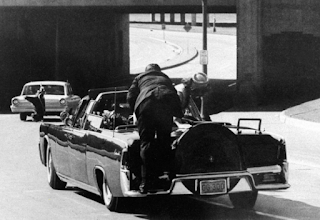 The new song is about that sense of a dreadful past being just around the corner. For all of the song's graphic accounts of the assassination, these are the couplets that freeze me:

I'm leaning to the left, got my head in her lap
Hold on, I've been led into some kind of trap

Where we ask no quarter, and no quarter do we give
We're right down the street from the street where you live


For the first time in my life I picture the dark blue Lincoln Continental convertible limousine, with  the Kennedys in the back, taking the exit off Whitemud Drive onto 149 Street in Edmonton. The vehicle is freed from all laws of time and glides where it will. It travels like a virus.

Somehow, the song is about the pandemic. Dylan dropped the song at midnight last Friday along with an online dedication.

Yes, Dylan doesn't mention the pandemic by name. Like Shakespeare doesn't mention the plague by name. I take "Stay safe" to be Dylan's nod to the changing times we are in. I take the message's pronoun "you" to be, feeble as it is in social media message sent out into the void, a reminder that you and you and you and you matter. I take the roll call of artists and artistic works mentioned by name in the song's final verse to somehow underscore the vital role played by the individual creator in a world of deep and dark and now viral forces that, like in the song itself, get the first and the last word.

With us in the middle is Dylan. 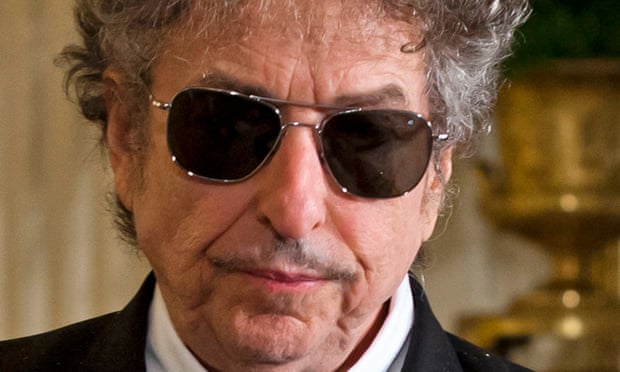