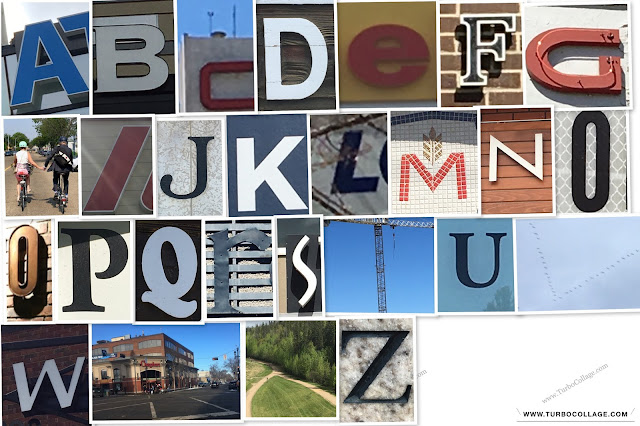 Pedalling a bicycle in the city gives the rider the extra bit of time needed to read the surroundings. This open invitation helps make bicycle commuting something beyond an A-to-B mode of transport. In fact, there is an alphabet of experience between A and B.

Here, in alphabetical order, are some of letters I read as I write myself along the streets of Edmonton. 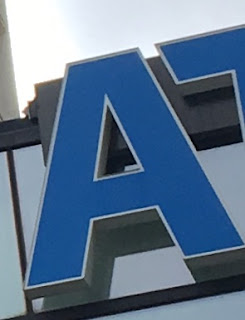 ATB Place on Jasper Avenue, where I worked for five years with some well-lettered people, used the bicycle as a metaphor to explain the balance needed to keep a complex organization moving ahead. 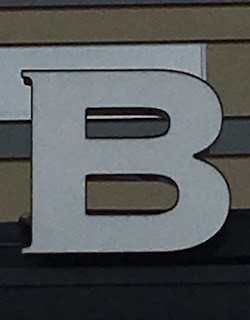 Bon Ton Bakery is a block away, but I would ride across the city to get those poppyseed danishes. My grandmother in Winnipeg baked poppyseed bread. 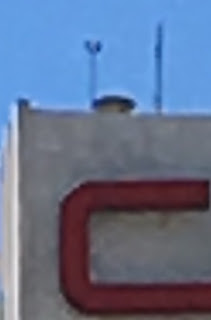 The snaky C on top of the CN Tower in Edmonton is my favourite neon sign. My father was a locomotive engineer with CN. My friend the artist Slavo was inspired by the CN sign. I always look up when I am riding below. 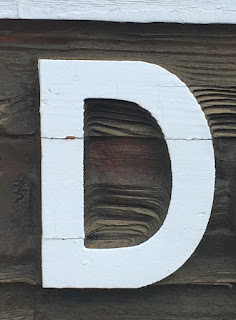 Delwood Park, home to Delwood Hill, the highest point of my childhood until the Londonderry Mall parkade came along, was where we'd scream down on our bikes. 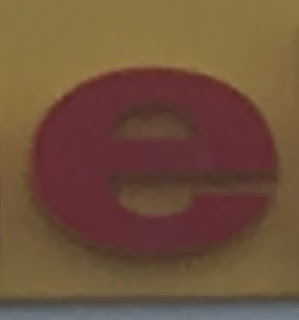 My mother taught me directions memorably by pointing out that east from our house at 6704 was in the direction of the Shell filling station. I cannot forget this. When I ride out to visit my parents, who still live in the northeast end, I make a point of going by Shell. 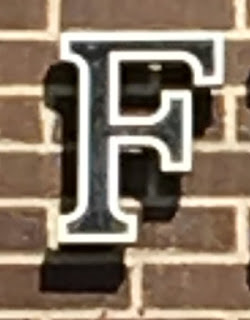 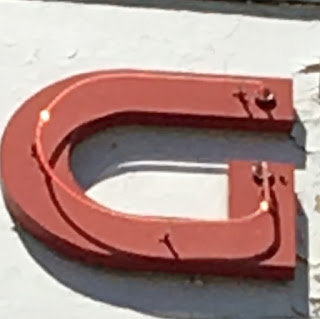 The Garneau Theatre was where a full house listened to Janette Sadik-Khan. 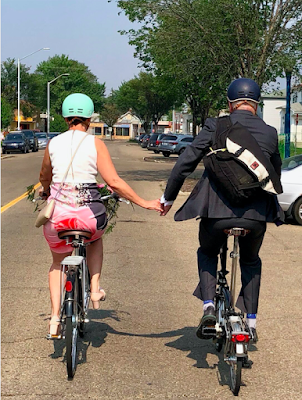 My friend Darren took this H of a pic as Shelagh and I pedalled with friends and family to Otto to celebrate our 29th wedding anniversary. 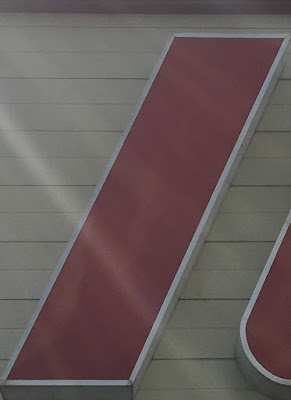 I love having a human scale grocery store in our neighbourhood. I stop in three or four days a week, winter or summer, on my bike rides home from work. Long live Andy's IGA. 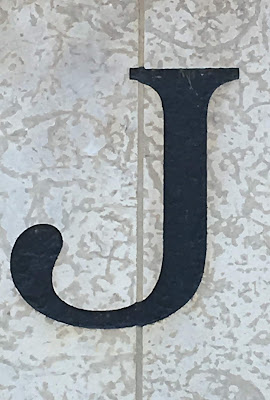 I hear the bells of St. Joseph's Basilica as I ride home on the Oliverbahn. 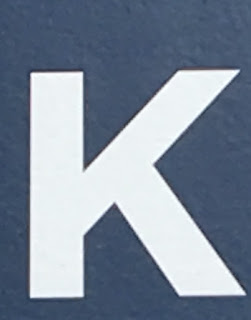 Keillor Road for cars was an election issue. Now it's a route for pedestrians, bike riders, skateboarders, Saskatoon pickers, horseback riders, and on Keillor Point, née End of the World, a place for photographers and people who like to say, wow, is it every beautiful here. 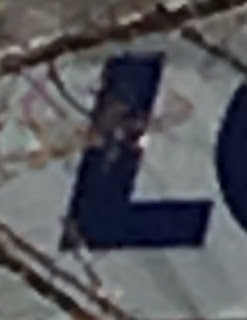 The Fountain Tire shop on the 102 Ave is connected to the old Loveseth Automotive Building. When I ride by I remember the day, while working a summer job for a long-gone downtown newspaper, I screwed up my courage and walked in and asked them if I could write a story about the business. I ended up working in the news media for 25 years. 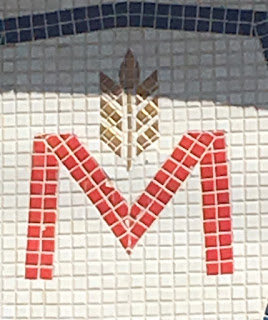 Before the Brewery District was home to Two Sergeants, where they are friendly enough to let us park our bikes inside, it was home to Molson Brewery. 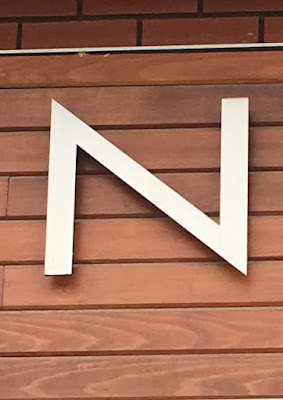 One of my favourite rides is north from the downtown towers to the Nina on Alberta Avenue. Up Church Street, up 95 St, past the old United Conservatory of Music where I took guitar lessons, past the Carrot, past Stan's Barber Shop where I got my early haircuts, past the old George's Cycle building where I got the Sherpa I pedalled to Jasper, and to the Nina and its gallery and workshops and artists. Long live the Nina!

If you haven't already, check out Otto. What a great restaurant. They love bicycle riders. Try the Italian fennel sausage. My ATB T shirt, designed by my friend Ramsterdam, hangs on the wall. 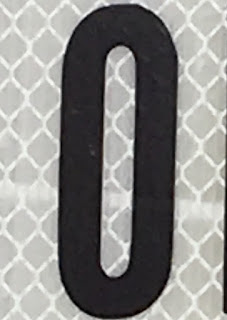 If you haven't already, check out the Oliverbahn, the lovely and lively stretch of protected bike lane from Railtown to 124 St. Someone has stencilled "Oliverbahn" on some of the City's bike route signs. This is the O from one of those guerilla placemakers. 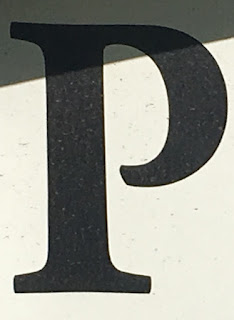 The Peace Garden in Oliver is a block off the Oliverbahn and a lovely place to sit and think about things. 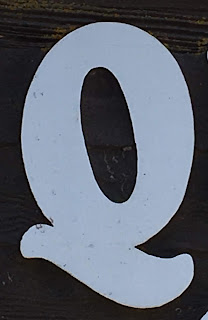 The Queen Alexandra Park community hall was the first place I ever stood over a map of the city and made suggestions from that perspective about bike lanes and sidewalks and human life below. 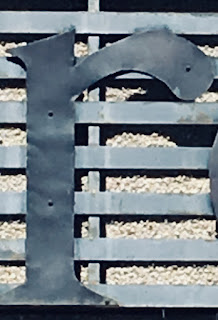 Redbike. Ask for Cliff. Ask him any question. Seriously, from the Dutch experience in the Second World War to the meaning of the solar calendar to the virtue of a Linus internal hub.

Stylus sells stationery and ink and pencils. It is a must stop for riders-writers. 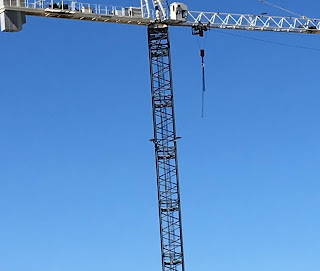 As I pedal through the city the thought arises that we have no choice but to build meaning with letters. 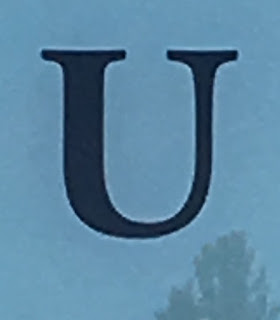 I pedalled to the University of Alberta for four years. The grandson of an immigrant got a glimpse of Athens and Jerusalem. 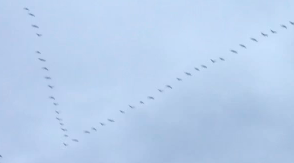 When the geese fly over, I stop pedalling and look up! 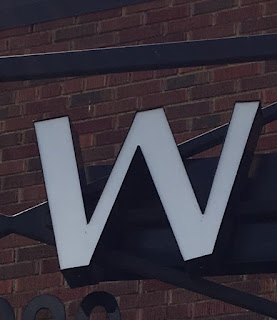 Peter runs the Wine Gallery in Holland Plaza. He pairs Italian and French wine to the stages of the Giro and the Tour. We ride our bike there whenever we can. 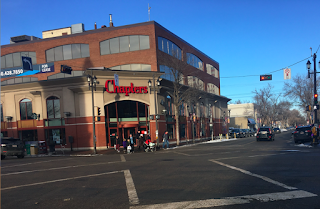 Scramble intersections use time, not infrastructure, to make a safe space for pedestrians and bicycle riders. 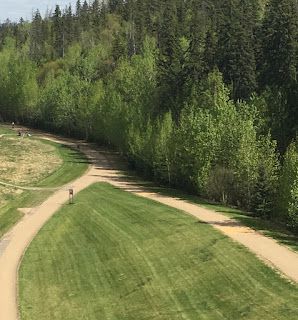 The MacKinnon Ravine was close to being a freeway in the 1970s. I am grateful the bike and walking paths form a giant Y. 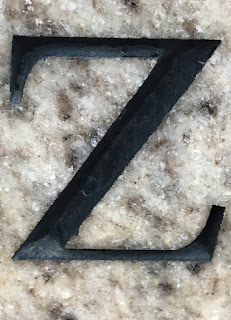 This is the Z in the in the marble base of the Ezio Faraone statue in the park that bears his name. Coffee Outside meets in Faraone Park Friday mornings.
blog cycling. edmonton glenn kubish