With The Weepies in Chicago 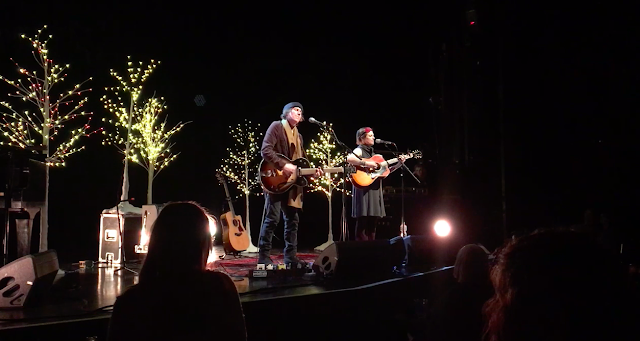 We sat in the dark with a few hundred strangers and listened to The Weepies in a club in Chicago last Sunday. We were all so quiet. At first it felt strange sitting so still and listening so carefully. That room knew every note of Weepies music, but there was none of that I'm-gonna-clap-now-because-I-recognize-the-first-waltz-bars-of-Please-Speak-Well-Of-Me applause. The respectful quiet felt quite perfect, though. After all, we were in the presence of artists who don't say words, who don't leave brush strokes, who don't hit notes of harmony they don't mean.

Why make noise and miss a breath, a tone, a colour?


I follow The Weepies.  I love their music. I love their sound. The alliteration of lyrics that capture late light lingering in the grass and looking darkly on the day. I love the breathtaking way their harmonies paint the visual harmony of the sky we mortals know and name as twilight. I love the way Deb pronounces the r in darkened stars and paper and winter and sweetheart and harbour and sunflower. And the way Steve brings us down to the Mission, and that opening line of World Spins Madly On. And their shining guitars, capos up the necks.

I trust their music. It's elemental. It comes from the water. We are all made of water. We are wells of water. I saw that water rise in Shelagh's eyes during the concert, especially during the mother's song about a child growing up. The Weepies oar the water and convey us in their craft.

They sing about paintings by Chagall.

My friend Donna introduced me to The Weepies a decade or so ago when we worked together on the night shift at the newspaper. Her kindness helped me through that strange place. On my break, I would head outside and walk downtown in the very-late-at-night dark with The Weepies in my ears and hum along to Nobody Knows Me At All and This Is Not Your Year. Cars streamed by. Sirens forced their way in. A little sad, but, connected with earbud cords to the beauty of Weepies half-pale moon, it was alright.

The plan was always to travel to see The Weepies live. This year it finally worked. We travelled through the night to Chicago. 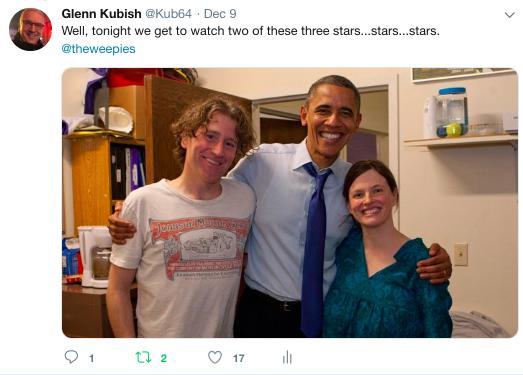 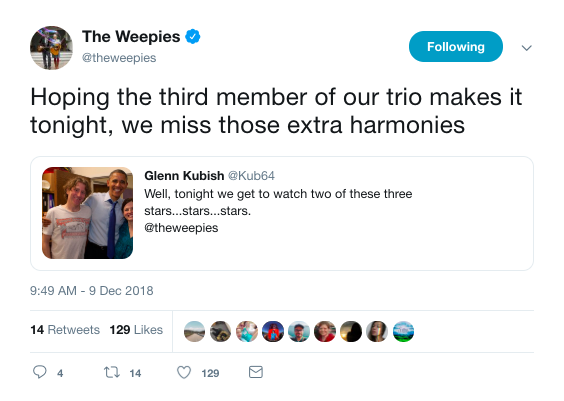 We took a bus to Lincoln Park and rode the ferris wheel and admired the lights below before the show. We got to the club early and got seats near the stage and nursed our Jameson and ginger ales until the show started. I had intended to order three or seven more drinks, but, once the songs started happening, I didn't get around to it. I just listened while the ice cubes in my glass melted away.

Dimly, I realized that this was life. No stop and rewind and replay. Just listen to all this beauty while it floats in and by and away. And consider and cling to the hope the beauty leaves behind.

Thanks for the music, Weepies.