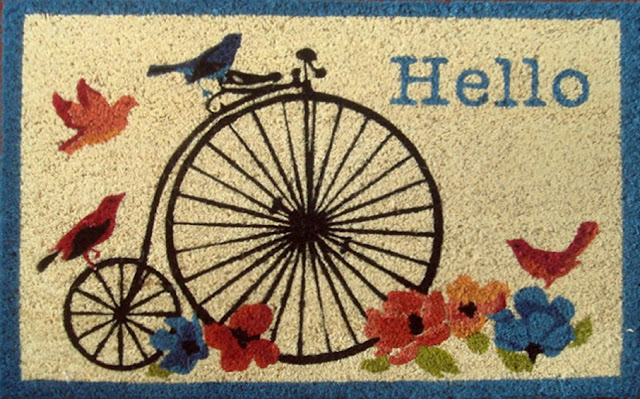 I recommend phatbiking in the city.

Phatbiking is phatic communication experienced on a bicycle. Phatic is one of those Greek words. It means spoken or affirming. Phatic communication is a concept that captures the ways human beings use language not necessarily to convey information from person A to person B, but, rather, to affirm one another's existence.

The small hellos and how are yous? and what's ups?, the how are you doings? and the what's shakings? of everyday smalltalk are examples of phatic communication. These greetings are not offered or received as deeply probing questions or occasions for discourse. Instead, they work elegantly as so many ways to say I see you. And I see you, too. And we are here together.

Maybe we just want to be seen.

Phatic encounters come and go and have the evanescence of sound itself. But they matter. All the fancy ways we human beings polish up our words, all the rhetorical cargo we load into words to transport meaning to others, all the ways we use words to key message audiences and propagandize and monetize attention, all of these powerful uses of language can lack the unalloyed force of a simple good morning.

Bicycle riders are wonderfully equipped for phatic communication. We are framed to be phatbikers. 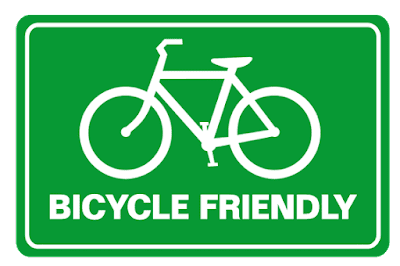 There is a quiet urge to sociability built into the open architecture of the bicycle. A bicycle is a pre-social-media social medium. The bodily encounters invited by the bicycle are the short waves, hellos, peace signs, thumbs ups, quips, good mornings, traded remarks about the weather, nods, salutes, smiles, knowing glances, short conversations and other gestures and utterances that riders share and use to recognize each other as we go by. For no other reason than to recognize each other as we pass.

Passing motorists typically don't recognize each other this way. Why would we? Until our grilled and fendered bodies accidentally touch, automobile drivers are like shiny ghosts to each other. True, when I am behind the windshield of an automobile, I do participate in small gestures to other drivers. But I wonder. There seems often to be a film of transaction to them. Thanks for letting me back into the flow of traffic, my waving arm indicates to the outline of the motorist behind or alongside who had let me merge. Thanks for seeing that I was here first as we negotiate our paths down the narrow residential street, my wave of a hand indicates to the shadow of a driver who had pulled over to let me proceed. These gestures strike me as payments for keeping the business of it all going, stranger.


For my money, the richer encounters between strangers in a city are the bike-to-bike encounters. In part, because the small greetings we share as we pass can include two-way audio. Audio resonates. But, exchanged sound or not, phatbike communication grounds identity. Giving a greeting as we pass may be too quaint for Amsterdam and Portland, but in automobile-heavy public space it is solidarity. There are two i's in solidarity. Noticing each other means we're not alone in choosing to move the way we do, choosing to get from A to B, and to be along the way. To be in a city that still moves slowly and openly enough that strangers can recognize each other and do what is just as natural as seeing threats in each other. And that is, simply, to not make strange with each other.

I have tried to notice phatbike communication when it happens, and to reflect on the civil work it produces.

Taking joy when it drops. A woman pedalling her Dutchie along 104 Ave reached up as she passed under the only flowering tree on the block, leaving a flutter of pink blossoms behind, She glanced over. We smiled.

Weathering it. I slowed down in the rain to let a hunched man, his head uncovered to the elements, cross the street in front of me. He was eating wet dried fruit from a plastic bag. I nodded. He responded with a peace sign.

Receiving mercy. I stepped down on my pedals for speed as I hit the sloped parklet in Glenora. Head down for an instant, I wandered into the left-hand portion of the path, right in front of a bicycle rider coming down the hill. She braked. Sorry, I said, looking up. All good, she said.

Being seen. Pedalling through a crystal snowy neighbourhood in December, I saw, ahead of me, in morning silhouette, a parent and child waiting for the school bus. Toward the end of the year I string tiny multicoloured LED lights around my bike frame, to put some circuitry into the darkness. As my path crossed their gaze, I heard a girl say: "Oh, my gosh, mama, look, it's beautiful." I waved a gloved hand.

I have learned the spirit of phatbiking easily extends to encounters with pedestrians. Most mornings this past winter my route along the genteel residences that front the 102 Ave multi-use path in Edmonton brought me face-to-back with a big dude in black. And combat boots and chains and a giant Motörhead logo on his leather jacket the shoulders of which bristled with silver spikes. The script repeated: I ring my bell, say passing on your left, then say good morning. He lifts his left arm in a greeting and says good morning without breaking stride or looking back. I enjoy this.

Phatbiking also works with other creatures who display other ways of being in the city. The trees, I mean. There is a stand of spruce in the MacKinnon Ravine down from the 142 St bridge I always say hello to out loud. I have not yet heard a response I can understand, but that's just fine. Those trees know who they are.

I recommend phatbiking-in the city.