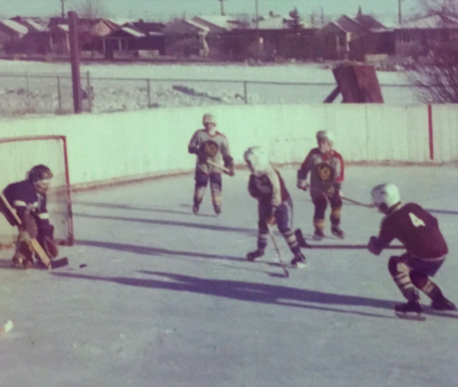 I'm Glenn. That's me, too. #4. Playing hockey on the rink I grew up on in northeast Edmonton. In Canada. About 50 years ago. That rink was our universe. Out in the elements—the ice, the snow, the cold—we were pretty certain we were as great as Bobby Orr. 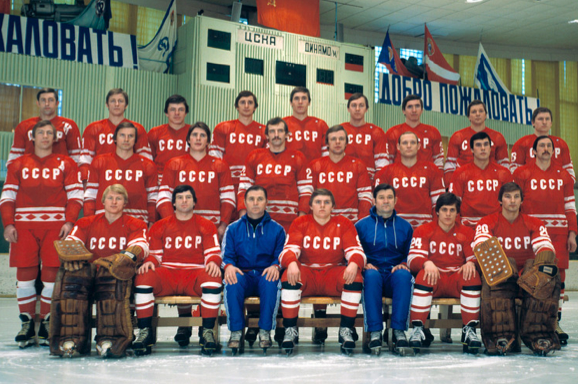 My universe expanded when these guys showed up on TV. The Soviet Red Army hockey team. Valery Kharlamov. Aleksandr Yakushev. The coach who always smirked, Tikhnov.  And the great goaltender Vladislav Tretiak. All with the mysterious C-C-C-P on their sweaters. 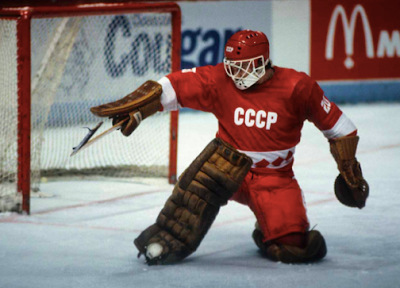 C-C-C-P.  I will try it: Soyuz. Sovietskikh. Socialitschekikh. Respublik. For us watching, it simply meant a new way to move on the ice. Passing, skating, working together as a team. That team was able to bring down the temperature of the game. They had a kind of chemistry. 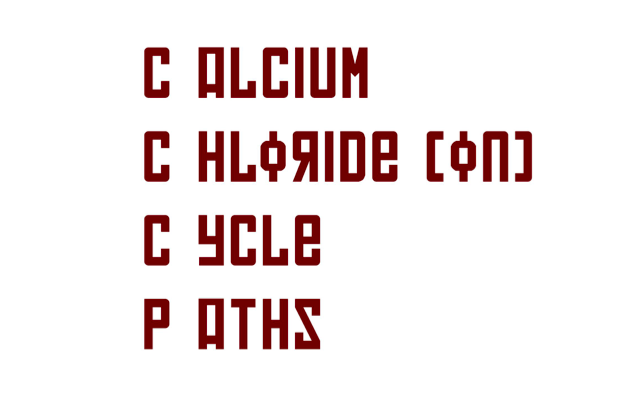 Now, C-C-C-P is Cold War history. And cold weather chemistry. I believe it now stands for calcium chloride on cycle paths. Calcium chloride, you remember from school, is a salt, crystalline solid at room temperature, highly soluble in water, and... 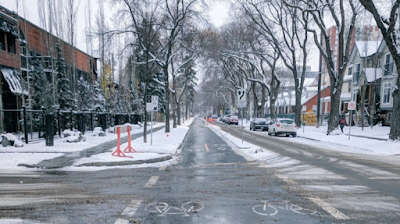 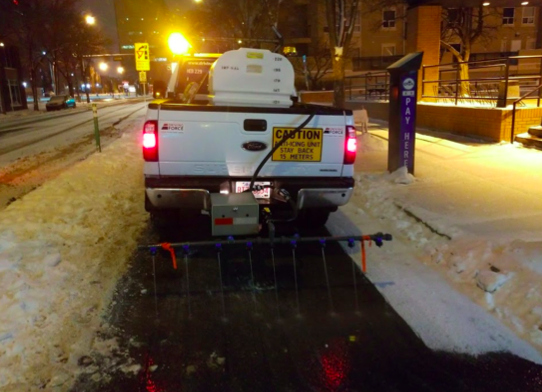 The brine is applied through nozzles on the back of pickups before the morning commutes and before the snow and ice arrive. Calcium chloride lowers the freezing temperature of water. Makes it harder for snow and ice to stick to the pavement. That's the physical effect. 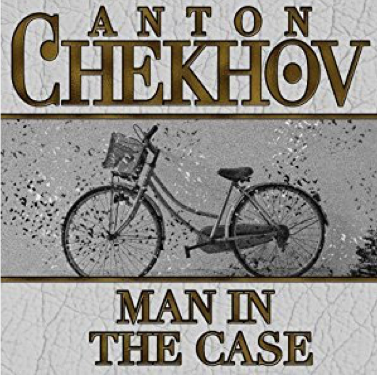 The emotional effect of calcium chloride is...Chekhov! I mean, Chekhov's description of spring: The snow has not yet left the earth, but already spring is asking to enter your heart. The ground is cold. Mud and snow squelches underfoot. But how cheerful, gentle and inviting everything is! 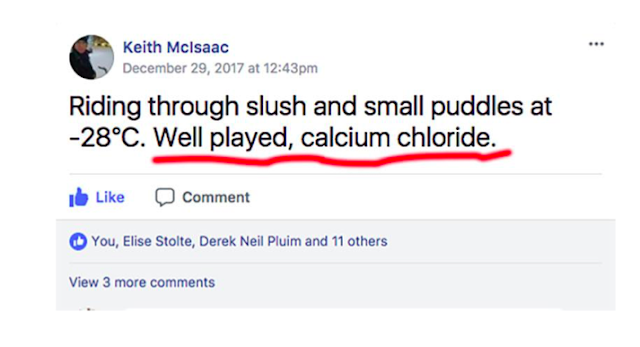 How gentle are some of the early reviews of the pilot program. Yes, I have to clean my chain more often. Yes, there is important environmental monitoring going on. But, riding through slush at minus 28, well played calcium chloride is the sentiment. Not exactly Chekhov. But you get the picture.

Personally, I love riding on a hardpack of snow, like on this glorious day with new friends in Minneapolis a couple of years ago. I don't need to see bare pavement all the time. I love the sound of snow under my wheels. It scratches like the static between radio stations...

But if more people are going to pedal through more of the winter, we need to move the dial. We need a catalyst. Or an enzyme. An enzyme, you remember from school, makes a favourable reaction happen quickly by lowering the energy required to make the reaction happen. 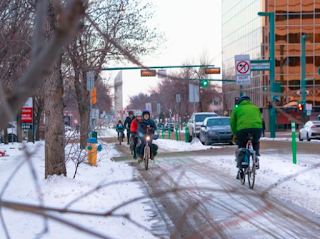 A bit of calcium chloride on protected bike lanes can work as a kind of enzyme on the attitudes of bike riders and would-be bike riders, giving us the reactions we are starting to hear about in the stories of people now saying it's safe to stick it out and ride in winter. In this way, calcium chloride bonds.

Calcium chloride also dissolves bonds. One of the opinions held to most dearly by some fellow Edmontonians is, because we are a beautiful winter city, there are just some things we enjoy doing that we can't do in winter. The question, how can you bicycle in a city that can get snow eight months a year? is waiting around many corners. 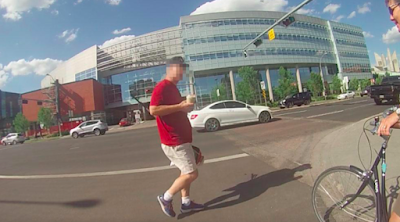 Like this corner. My wife Shelagh and I were riding the new lanes downtown last summer when we met a friendly gentleman carrying his golf clubs. He said he liked the idea of the bike lanes, but how would they ever work in a city, and I quote, that gets snow eight months a year? 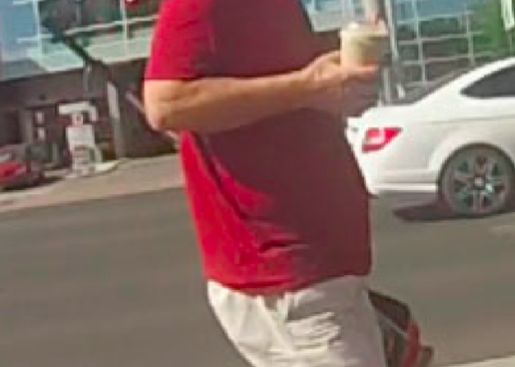 There are answers to his question, and I'll get back to one of them. But, first, let's point out some visual golf club irony. Because that gentleman's question could just as easily been, how does golf work in a city than can get snow eight months a year? 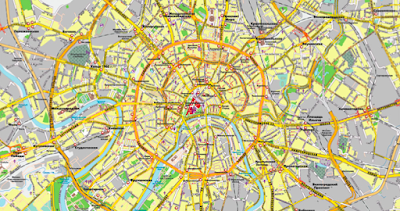 It is natural to ask these questions in a city. In cities, whether Edmonton or Moscow, most everything is artificial. Not fake or phoney artificial, but artificial as in built and maintained by design. The better cities are at being artificial, the more natural they feel for people. 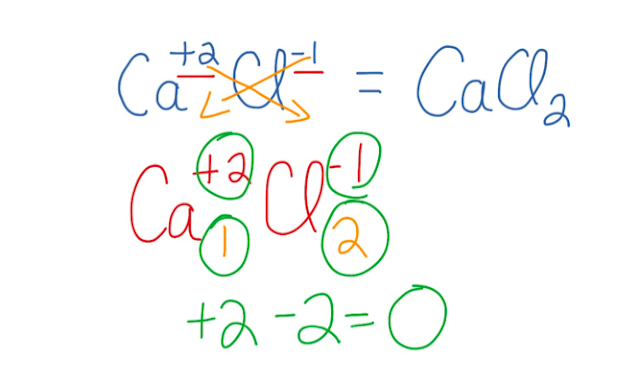 And, so, one answer to the question, how do you ride a bicycle in a city that can get snow eight months a year? is, in two words, calcium chloride. Phrased differently, how do you start to give people a taste for riding a bicycle in winter? The answer in one word: salt. 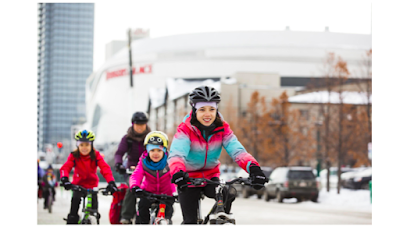 A dash of salt seems to be working. In October, there were 3.124 daily riders counted on the downtown bike lanes. In November, that number, with the temperature, had fallen, but was still hanging in there at 1,154 riders. Something might be starting to bubble. 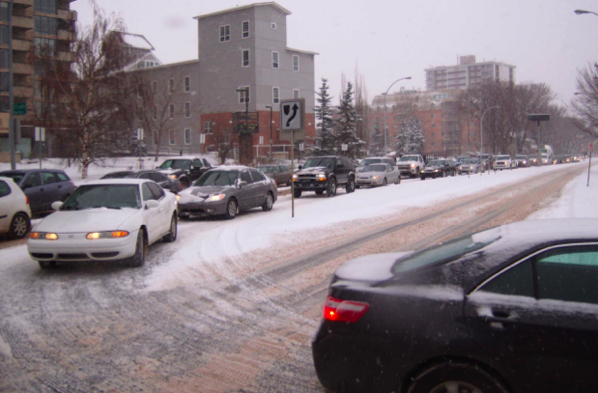 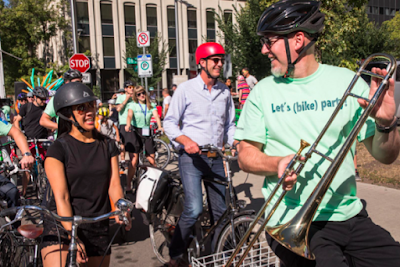 But other smaller news is happening to. News like the 7.8-kilometre protected downtown bike lane. It opened on a lovely day in August. Our mayor—he's in the red helmet—was there. His wife is in the black helmet. The mayor didn't wait for the question. He simply said, yes, we have a plan to keep the lanes clear in winter. 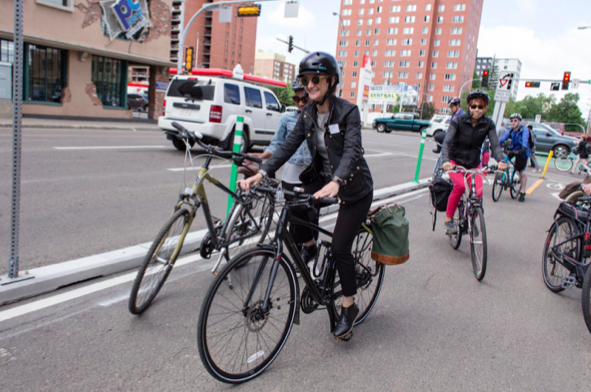 *****
Note: Last month, on our own rubles, Shelagh and I travelled to Moscow, where among other adventures, I shared this Pecha Kucha at the Winter Bike Congress 2018.  It is my personal take, and it draws heavily on memories of growing up in the twilight of the Cold War.  Thanks to all who listened to it beforehand and thanks to everyone who listened to it that night as snow fell outside a very lively little bar under the Krymsky Most...

...on an evening animated by the work of emcee Konstantin Ponomarev and translator Maria Popova. 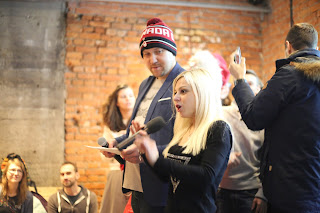