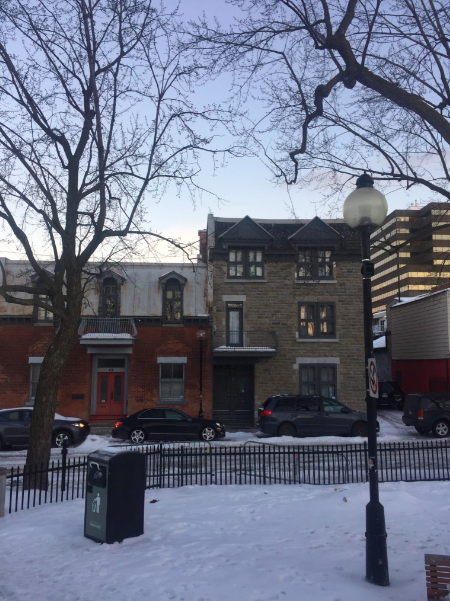 It is now after midnight in Montréal. Leonard Cohen has been dead for one year. Is it ever November 7.


Tomorrow, I am off to Calgary for an evening bicycle ride with friends I haven't yet met to mark the first anniversary of the poet's death This may seem a strange thing to do.


But I remember driving alone in the rain through the Rockies. It was night. I was on my way to Vancouver to start a new job. Taillights ahead comforted me. And Jennifer Warnes sang Joan of Arc from the cassette player. Into the smear of red and black I sang so loud.

I remember running down Clinton Street with Shelagh on the way to see a play and I remember how we stayed in a restaurant afterward and ate fried chicken and drank and listened to music.

There should be a plaque at the Hotel Macdonald in Edmonton. Something to the effect of: From this bar Leonard Cohen was kicked out one winter night after making too much noise and without this expulsion he never would have met the University of Alberta students and written Sisters of Mercy. The management, on behalf of fans everywhere, stands by its decision.

I remember sitting in Santa Lucia park in Mérida during Noche Blanca and listening while musicians offered a tribute to Cohen.

As a rule, I go back and forth. I am careful not to ask for too much.  I also wonder why not ask for more?

In Montréal earlier this year we walked up The Main. It was cold. Our waiter at Schwartz's showed us a picture of a Leonard Cohen fedora tilted he keeps on his phone. We walked to the gazebo at Parc du Portugal. On the planks underfoot ice, like resin, had encased orange peels and flower petals and cigarette butts. Across the park stood his house, curtains drawn, cars parked.

In 2014, Leonard Cohen put out the Popular Problems album. It contains a song called Did I Ever Love You. The song sounds like a series of questions. Did I ever love you? Did I ever need you?  Did I ever fight you? Did I ever want to? But in written form, the sentences are punctuated with periods, not question marks. What a thrill. What is he saying? Is he saying how much he loved her or wondering if he ever did? Ever allows both both readings. It is also an adverb that means at all times. When the singer sings are we still leaning across the old table, is he asking a fake question or teaching that all times is present and that in some real way they are still leaning across the old table? Is he moving and bringing us along at a speed greater than light?