March 15, 2017
Here's a concept for a public service announcement that I started to think about this morning after seeing yet another automobile driver speaking on a phone driving by me, gambling that distracted driving is not a life-and-death gamble. This is just off the top of my head. The genders of the actors can be swapped in subsequent versions. There are a lot of people able to be killed. And saved.

I offer this to all who can make it better.


[Viewer sees a young girl walking along the sidewalk. She is walking to school. She is carrying a knapsack. She is happy. Light music.]

[The point of view changes to inside the back seat of an automobile. We are looking through the front windshield at the neighbourhood street scene ahead. It resembles the scene the young girl is walking through. The driver is holding a cellphone to his head. He is speaking to someone. He is playfully upset, and is engrossed in the conversation]

((Yeah, I couldn't believe it. I was one game away from a winning ticket...

[We see the girl walking closer to an intersection]

[The young girl sees she has the walk light and steps into the intersection. The viewer now sees her through the windshield. The driver continues to speak, oblivious to the red light he faces.]

[The viewer's point of view rattles, the effect of the obvious impact. We don't see the girl on the road, but it's unmistakable that she has been struck. Her knapsack was a ripped off by the impact. There were no skid sounds. The smartphone has hit the dashboard and landed on the car floor]

[An ambulance siren is heard. It resembles the wail of a parent. Or the driver.]

[The camera pulls straight up and we see the crash scene from above. The vehicle is revealed to be a hearse.] 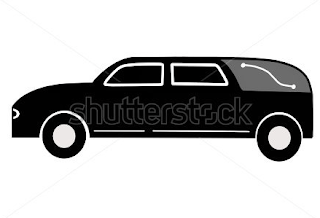 [Quiet. A board reveals the written message: There's still time to change the conversation. And then a dissolve effect into another board: Let's undistract driving. Now.]