February 03, 2016
Here is a Pecha Kucha I delivered at the Winter Cycling Congress in Minneapolis. It was called Let There Be (Just a Little More) Light. 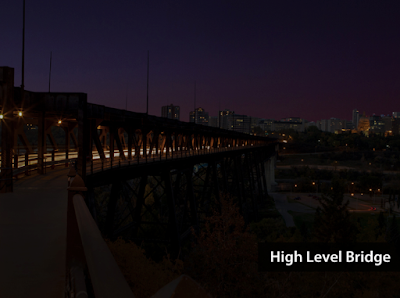 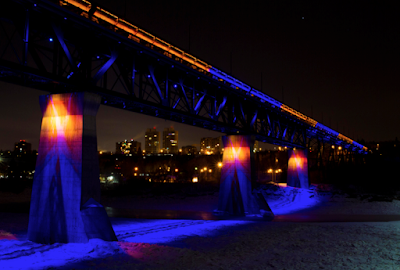 Okay, that's not the whole picture about the bridge in winter. Because this is more the way it looks on some nights now after a big community crowdfunding campaign raised the money to put LED lights on the bridge. Citizens bought and dedicated individual "bulbs." In a real way, inside each "bulb" is a real story. 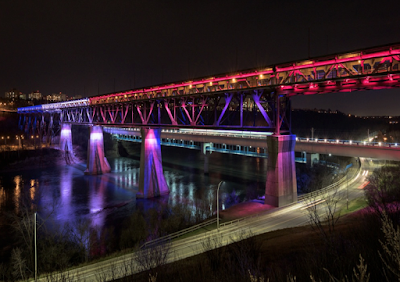 The bridge goes red and white for Canada Day. It can go the colours of the French flag after the Paris Attacks, which it did. It went red, white and blue for the Fourth of July. That caught your ambassador's attention. That's kinda the point. It turns heads, makes people talk, makes people see us a bit differently. 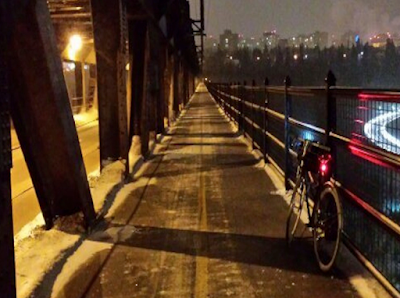 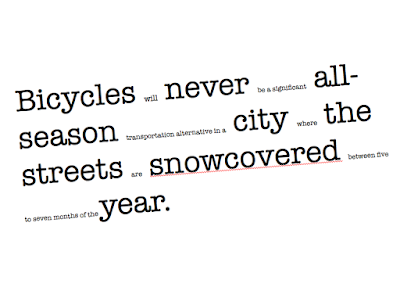 And the dark, at least in my awakening winter city, is where cyclists are asked to stay this time of year, thanks very much. This is from a newspaper editorial back home. Read along with me: Bicycles will never be a significant, all-season transportation alternative in a city where the streets are snow-covered between five to seven months of the year. 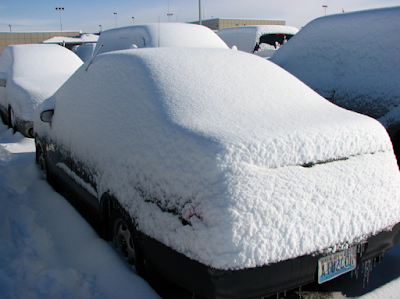 Exaggeration aside, let's put that argument under some light. Because what it's saying is a winter city should block its arteries for all but car and truck traffic for half the calendar year. That's a lot. And it's a drive-thru for the privileged. The privileged being those who, by the lot, sell cars and trucks and newspaper advertising. 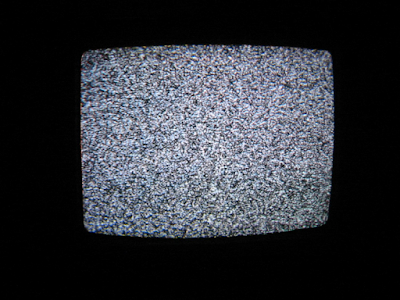 The argument is also a signal that snow and ice are destiny, and that a winter city is simply a city that winter happens to. A wait-it-out kind of place. It's not a city that does the math, sees the light, and strives to make city life moveable for all — no snow or snow alike. 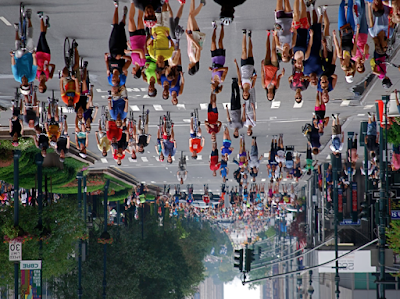 In the end, it is an argument for a kind of upside-down, seasonally maladjusted Summer Streets movement, where, in this case, it's bicycles that are, by nature's "decree," kept off the streets so they may be enjoyed safely by our four-fendered friends. 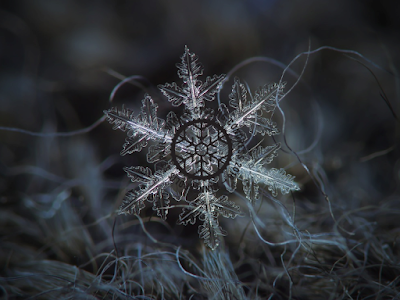 But putting our bikes away for winter is wrong. It's especially bad for our civic health. Streets are for people, and people may authentically participate in their cities by working, pedalling along their streets. Woe is the day that public street signs come with a kind of snowflake-shaped asterisk that says, yeah, for you, too, but just wait 'til it melts, okay? 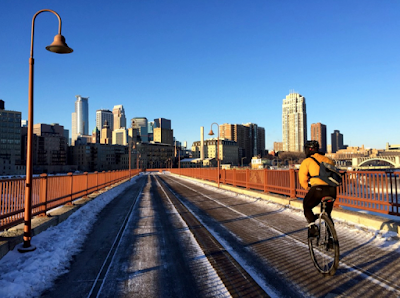 We're in Minneapolis before the last melt because, well, we agree. And the question before us is, how can we help others, marginalized by choice or not choice, to see their way clear to cross their own bridge from non-bike to bike in this beautiful season. 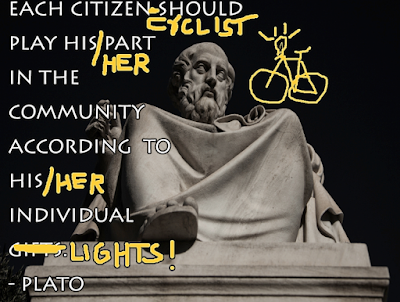 Big historial backpedal here. Because it was the great political cyclist, Plato, I believe, who taught us that we approach those questions, citizenship questions, according to our own talents, our own lights. And to the array of skills and styles that we bring, I want to add a humble lesson I learned from the bridge I told you about off the top. 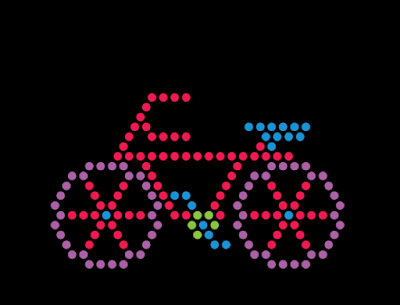 Light. Actual light. As a Christmas gift this year I got the gift of bike lights. Not red and white back and fronts, but a strand of colourful LEDs for the frame. Those happy lights have re-taught me that bicycle lights do much more than show cyclists where they are going. 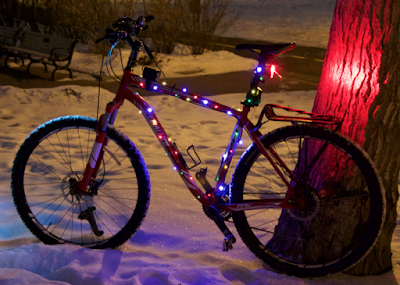 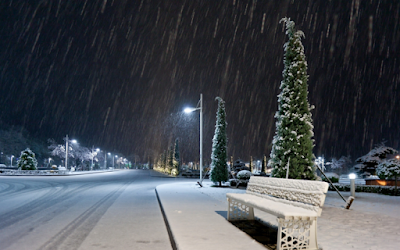 My favourite scene happened on a beautiful morning in December on my way to work. I could see ahead of my, on the sidewalk, in silhouette, a big shape and a little shape, parent and child, waiting for the school bus. As my path crossed their gaze, I heard, in a thrilled voice, a little girl say as she pointed at me, "oh, my gosh, momma, look, it's beautiful!" 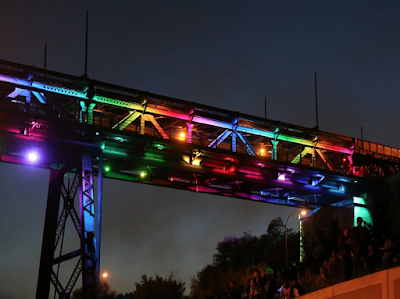 Thrill? Yeah! For sure. For me! What I have heard myself say to myself countless times on winter rides—oh, my God, this is beautiful—I heard back at me, about me. Perfect call and response. It was a moment of connection. It was a bridge of a moment. 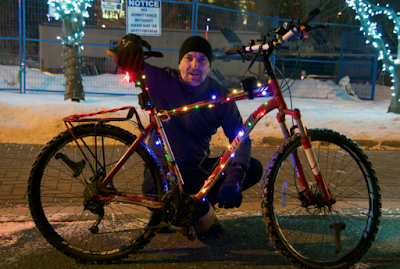 I know that those light admirers are not admiring my sticktoitiveness in winter. They are thrilled by the unexpected lights. And I know that that thrill doesn't plow streets or change laws. And it doesn't mean that more children are riding to school in the winter in Edmonton yet. 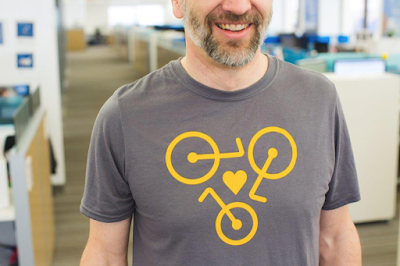 But it does mean that I can be seen in the dark not as a freaky diehard, not as just a piece of data moving efficiently from A to B. But seen how I ride, seen from the outside the way I feel on the inside plowing through the troubles out there. Which is, no apologies here, kinda happy. Kinda light. 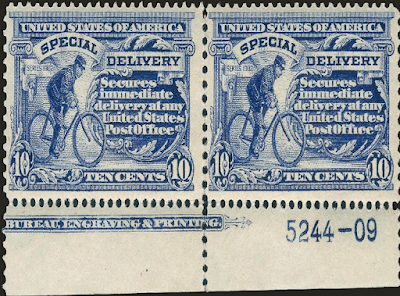 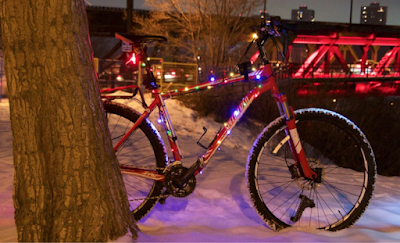 And here's the message: remember the bridge in Edmonton. And how light itself can be a vehicle. And in addition to much more brilliant ideas you pick up here about helping more people to pedal in winter, remember a strand of coloured LEDs for a bike that could use it, and for a cyclist who could use it, too. 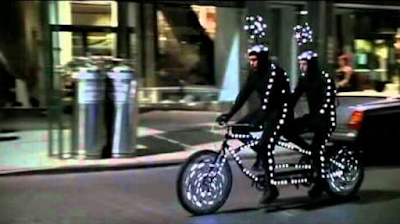 They will make others more willing to look at us. And then react to us. And then engage with us. And, then, maybe, when the light sinks in, join us. The group of not-so-alien photons that we are. The not-so women and men in black. 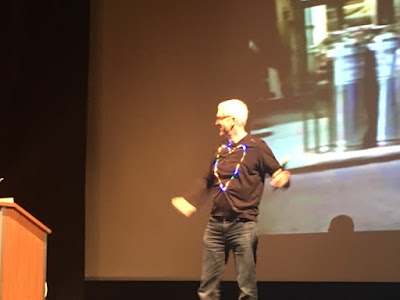 At that moment, I borrowed the lightmotif from Dave Mowat's Light the Bridge Pecha Kucha in Edmonton by adding some colour to the punctuation mark, in this case, by turning on my bike lights, fashioned into a heart and expertly sewn onto my shirt by Shelagh. 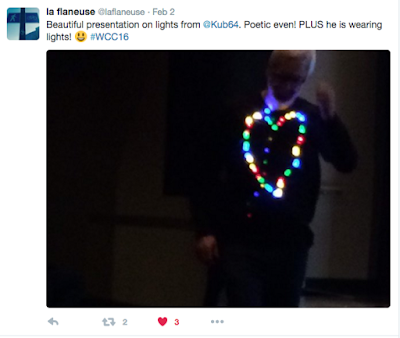 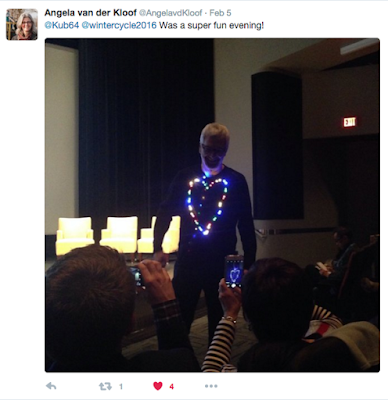 The threads held, and it got a good reaction from the crowd. :) 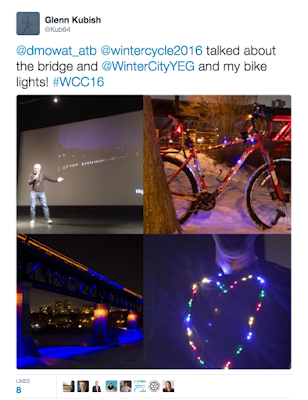 I was happy to tell a bit of a story about my winter city and how it uses light to  attract community.
blog cycling edmonton glenn kubish High Level Bridge light Minneapolis world cycling congress