Lilies, The River Valley, And The Master of Arts * 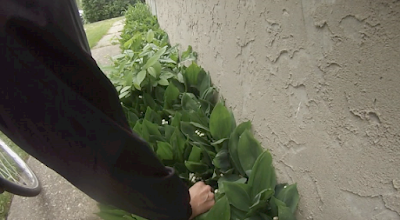 This morning, Shelagh pedalled out to work first, but not before stopping to pick two lily of the valley stalks from the side of the house. 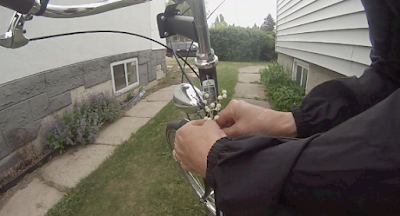 She planted them in the little vase on the frame of her Linus. 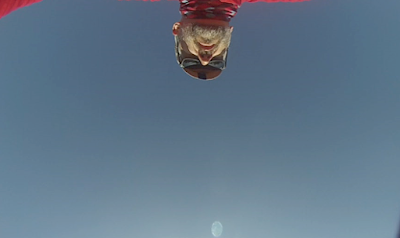 Half an hour later, I headed out. When you're on a bicycle, you notice big things. Like the sky. 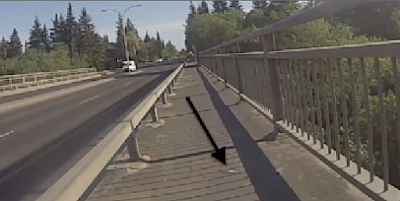 And little things. Like two stalks of lily of the valley lying on the bridge over the MacKinnon Ravine. 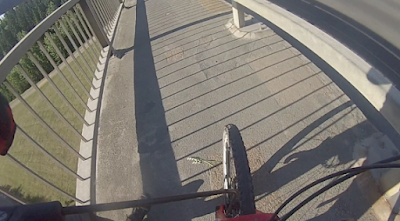 And, on a bicycle, I do what you can do, which is stop and turn around and, while traffic on its metalled tracks flows in the opposite direction… 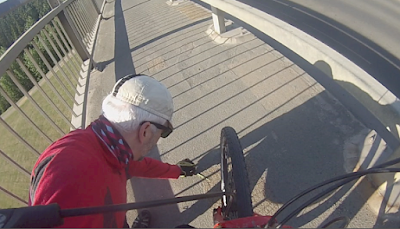 …pick up the flowers off the concrete. 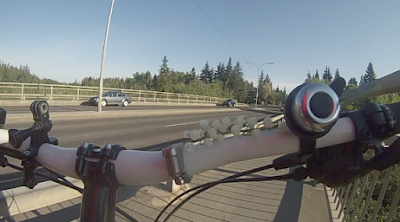 And I thread them along my handlebars. 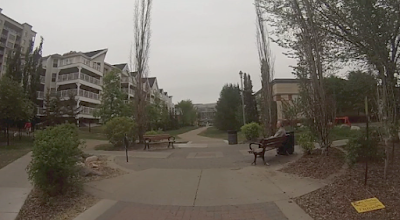 Until the end of the day when, at our park bench meeting place, 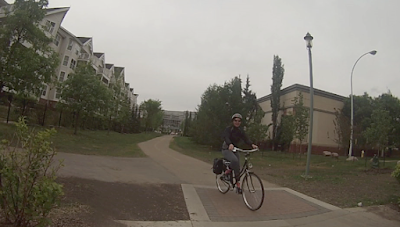 I see Shelagh riding into view. 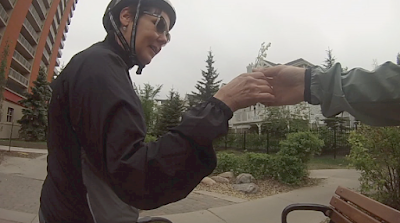 She gets her flowers back. 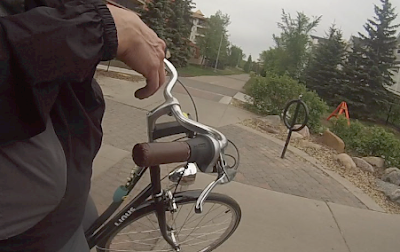 And the Linus does, too.


*The title is a tortured tribute to Dylan's Lily, Rosemary and the Jack of Hearts, which has been on a loop in my brain's audio room since I found the flowers. :)