Ode to a Can Opener 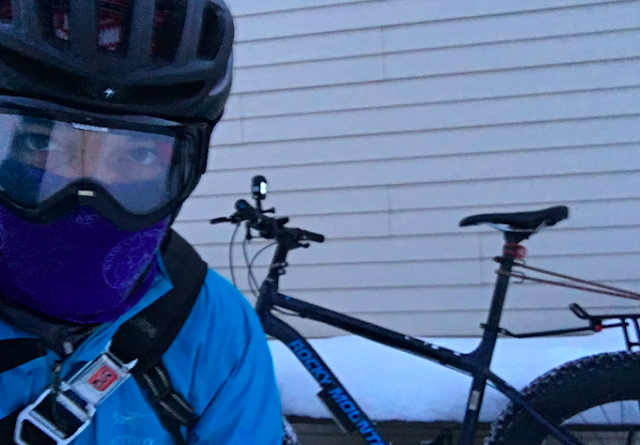 My winter bicycle is a lot of things. It's my primary mode of transportation. It's how I get exercise for
cheap. It's how I have learned not to drive an automobile everywhere. My winter bike is way to save
money and stress. It's a conversation starter. It's nostalgia. A way to notice things. A reliable way to
feel alive. 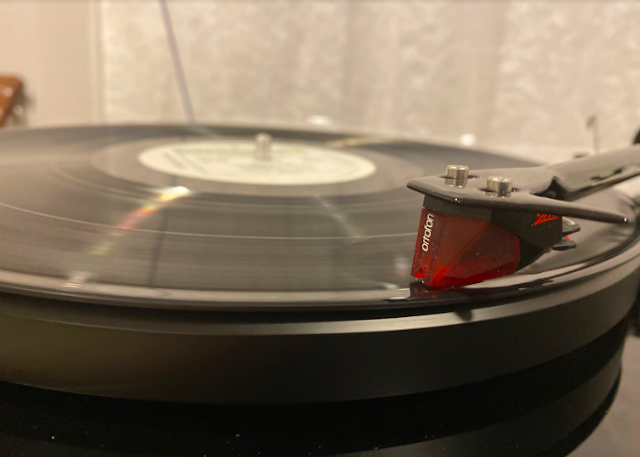 My bike is also the needle on a turntable. The way the bicycle moves along groves of ice or lanes
of snow, and the way it makes a crackly sound when the tires cut into the snow and ice. That precious,
scratchy sound sounds like a needle moving across a vinyl record turning around and around.

My bike is a radio dial, too. I’m thinking now of the nights as a boy in the basement of the dark house
when I would go from station to station and watch the glowing dial move across the grid on the face
of the set. This is what I remember as my bike glides across the shadows of the elm trees on 102 Ave.
When I sing a bit. 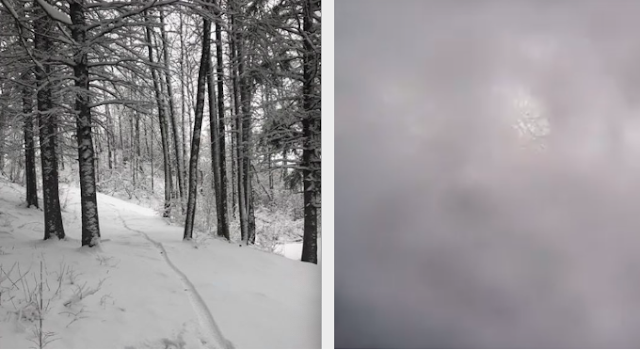 My bike is a writing instrument. A giant pen, maybe, that leaves behind a flowing record on a sheet of
clean, white paper. That's the scene on the left. Or, on the right, a giant pencil, maybe. Not the writing
end, but the eraser end. For the times I lose my drive train of thought and wipe out, and it all gets a
bit blurry for a bit. 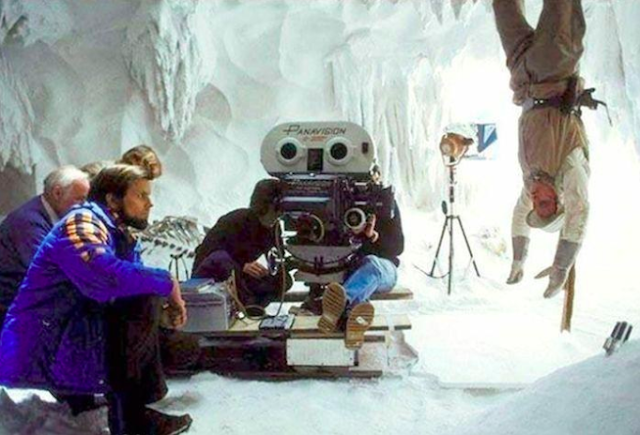 My winter bicycle is a movie camera. Two spinning wheels that deliver a series of shots that I decide
how to frame, how long to hold, as I track by. I notice light. I compose wide shots of the sky, medium
shots of the tree branches and tight shots of the characters I see go by. I make independent short
movies. 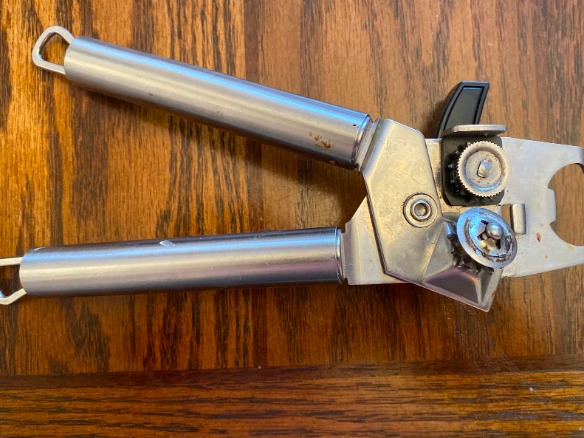 But most of all, my winter bicycle is a giant can opener. Like this long-service can opener in our kitchen
drawer. It has a crank that turns toothed gears that spin a serrated wheel that cuts through the lids of
sealed containers.  It’s a wonderful little machine. 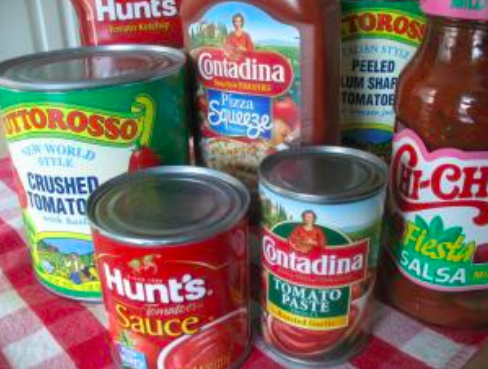 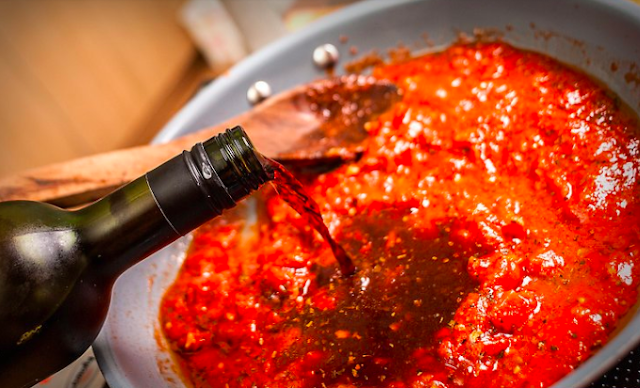 If the pasta sauce works, it’s the freshness of the ingredients or the decision to add a splash of red
wine or a secret ingredient, which is another splash of red wine. For its quiet service, the can opener
is returned unceremoniously to the drawer next to the sad ladle and on top of the forgettable whisk. 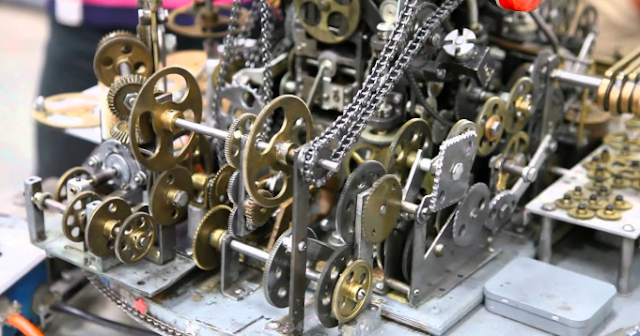 The can opener shares the fate of apparatus in our lives. Somewhere along the line, I picked up the
strange concept that machines are unnatural and artificial, that they corrupt, that they are different from
nature and art, and that it is nature and art that deliver humanity’s true blessing. 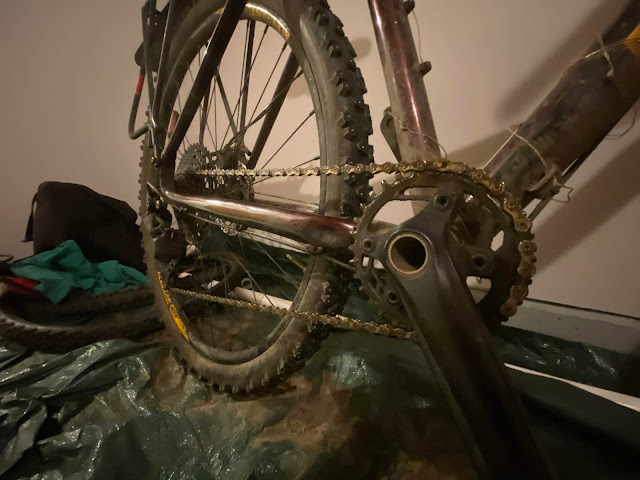 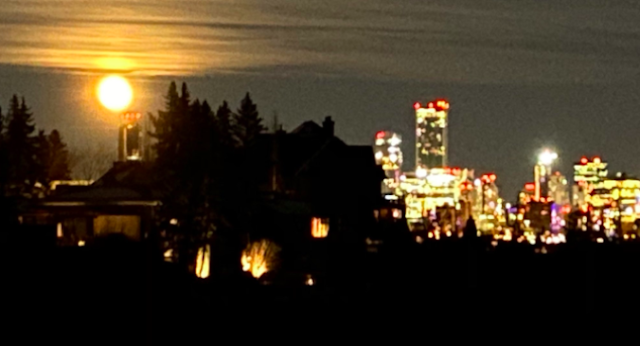 Like the day in November I pedalled across the MacKenzie Ravine bridge and stopped to watch the
moon rise like it was baseball hit out of the park during a night game in the stadium where everything
is lit like a brilliant stage. It took my breath away. I watched my breath being taken away.

Or the day I pedalled into the December dark of the MacKinnon Ravine. It was -6 degrees Celsius.
The dark gets bad press. Without the dark, how would we have astronomy? Without the dark how would
winter bicycle riders ever see a ravine path lined with diamonds and feel like they were riding in a
constellation? 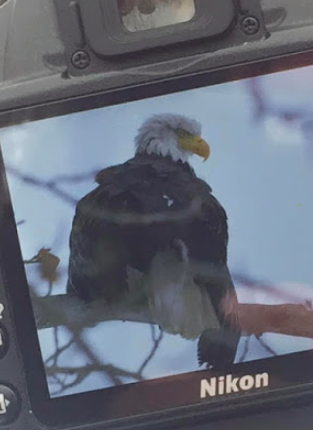 The day In January I was cycling over the Groat Bridge. Down on the ice were two bald eagles
cooling their jets. One lifted off and soared over the automobile traffic. I turned around and found a
path under the bridge and pedalled through the trees, got off my bike and watched the eagle watching.
Click! 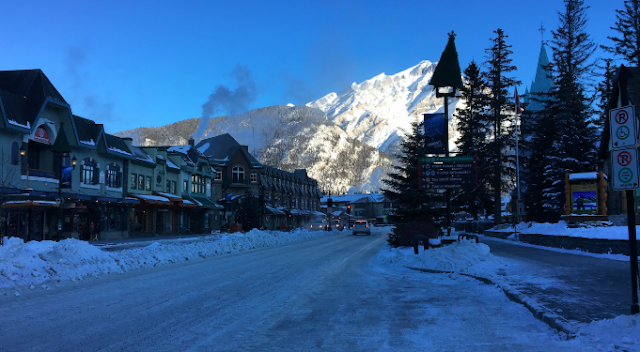 The day in February it was -31 degrees in Banff as I pedalled toward Cascade Mountain. It was cold.
It was exhilarating. It was cold. It was exhilarating to confirm that three layers of merino wool, a liner
jacket, a windbreaker, wool gloves inside gloves, a tocque, balaclava and googles were the local
ingredients for warmth. 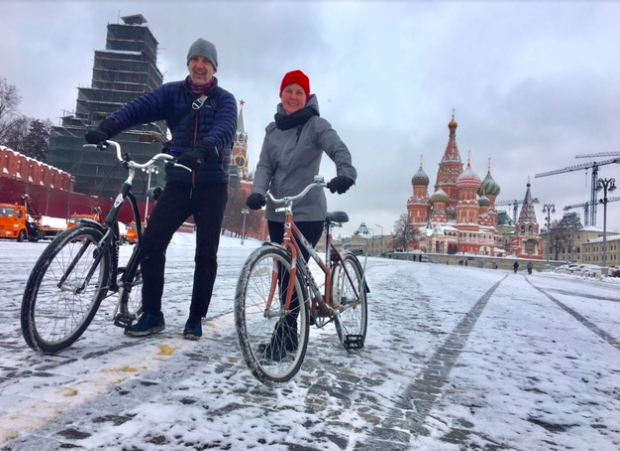 Or the day February when we rode our bikes with thousands of others around Red Square in Moscow.
People waved from the bridge decks. We waved back. They closed the streets for a giant bike parade.
Closed streets? I have never felt streets more open. I felt I knew how I wanted to live my life. 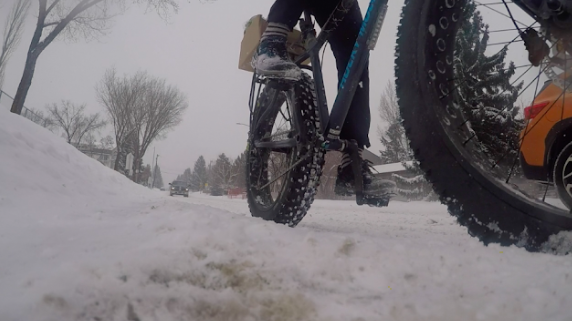 The day in March I rode to the corner store for groceries. Not nearly as exotic a ride as Moscow. Not
as cold as Banff. No diamonds in the dark. No eagles. No moon. Just a trip for fixings for supper
carried home in a cardboard box. An onion, mushrooms, a can of tomato sauce, a can of diced
tomatoes and a can of tomato paste. 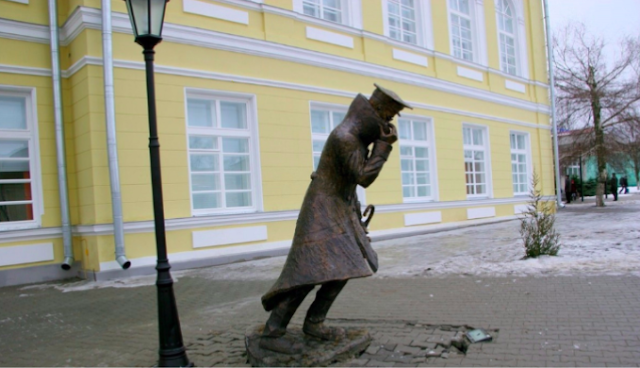 The immortal Chekhov has a short story called The Man in a Case. It’s the tale of the academic Byelikov
who closes himself off to life. No matter the weather, he shields himself from it. He is scandalized when
he sees Varinka, the woman he intends to marry, ride by with her brother.
On a bicycle! 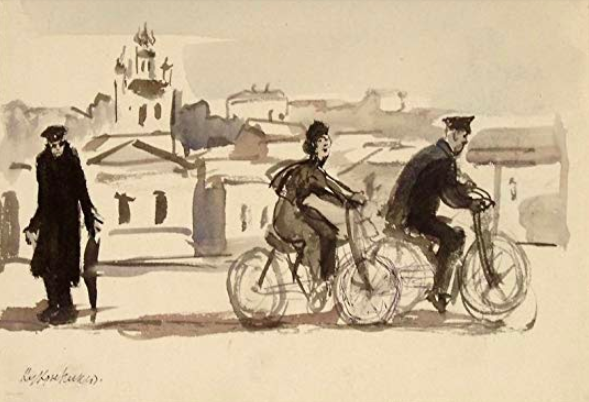 He ends the relationship. But no big deal.  A few pages later Byelikov is dead and buried and back in
a case for good. Chekhov contrasts the learned professor’s emotional shields to Varinka’s openness
to life. Chekhov uses a machine—a bicycle—to make his point hit home. 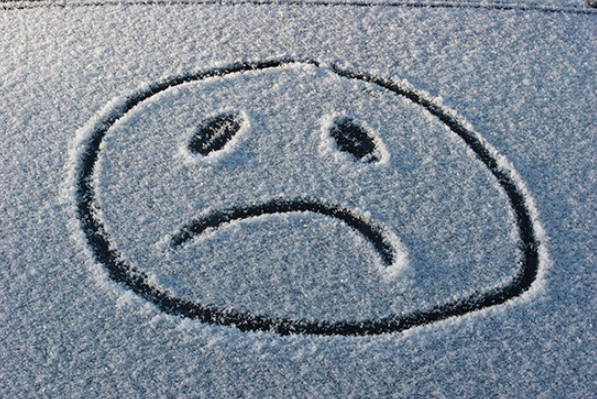 For too many years, winter was a season closed off and sealed up. It was a season to be waited out.
Endured. Or daydreamed or beach-vacationed away from. We watched the geese take our affection
for this place with them. The poets didn’t help. The winter of our discontent, and all that. 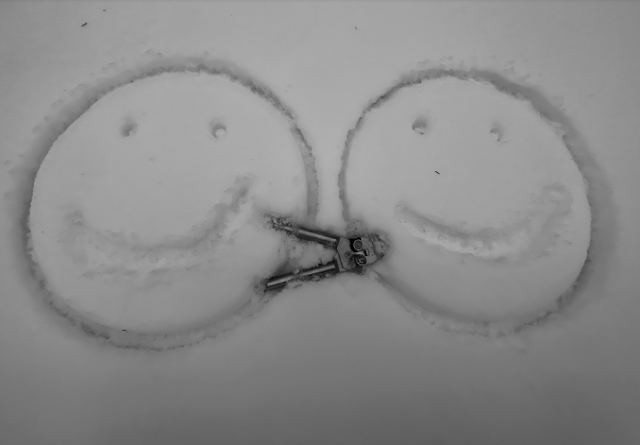 What did help was finding a way to get to the content. An instrument, mundane for some, that has
cranks that spin toothed sprockets that turn spiked tires that cut through and remove the lid that seals
winter. An unforgettable can opener.