My bike ride in today 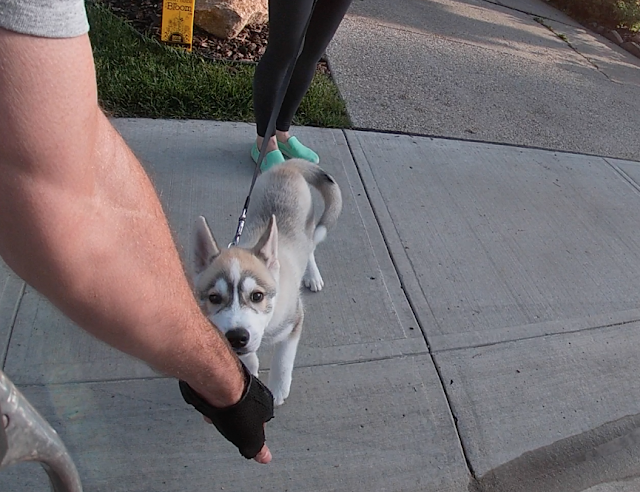 There are bicycle rides where I just know I'm going to keep seeing interesting things. This morning's was one of those rides. Starting with the Husky pup on the sidewalk along 101 Ave. What a face. 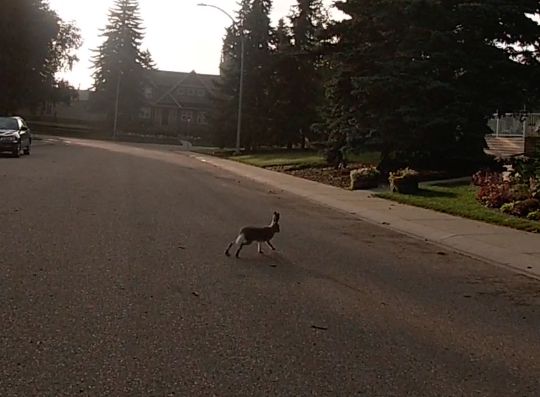 I saw a cyclist prepared to fix a puncture. 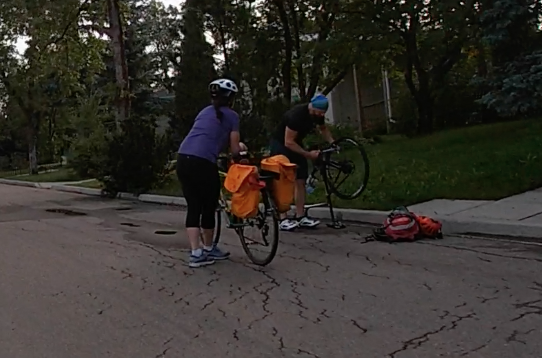 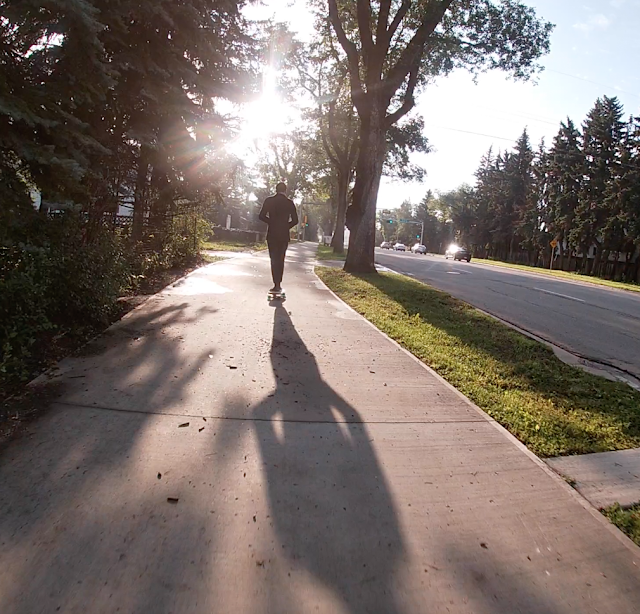 Shelagh pedalled by wearing her helmet that looks like a scoop of gelato. 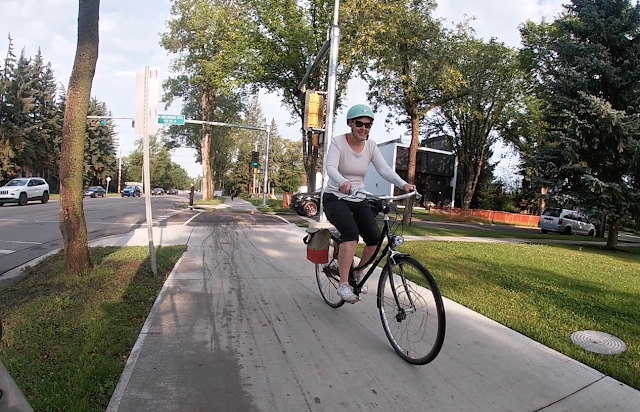 Eden entertained us with tales of basketball and beer in the place we, as children of the age of cable TV,  both grew up: 500 West Boone Avenue, Spokane, Washington, the Inland Empire, where you could shop at Rosauers. 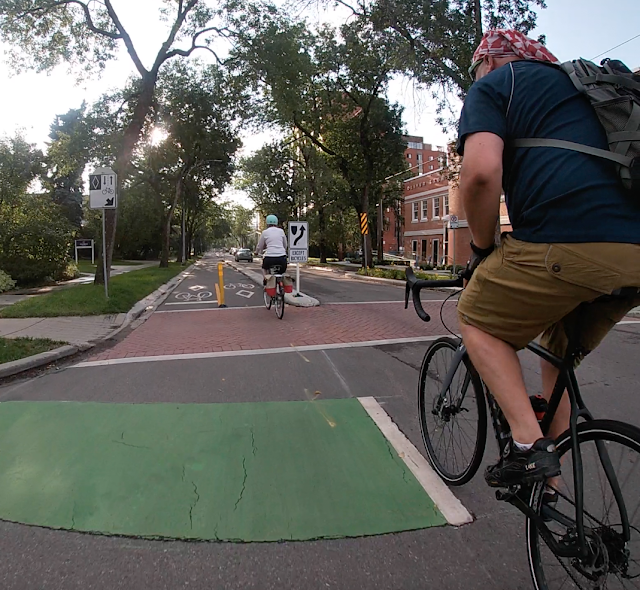 Look closely at the guy on the porch of the house with Richard Avedon's Nastassja Kinski on the fence. He's sanding a wooden donkey sculpture. 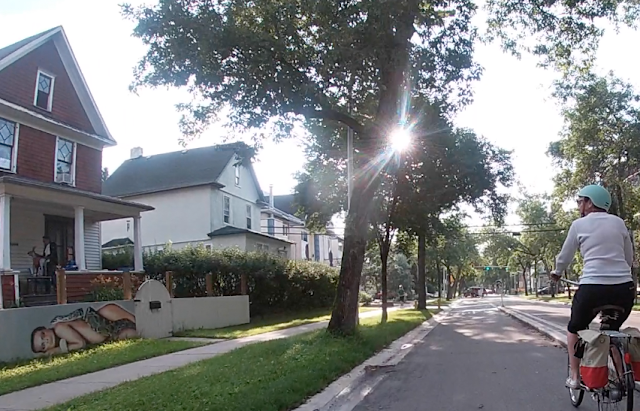 At 109 St a vaper exhaled a thought balloon as he considered things. 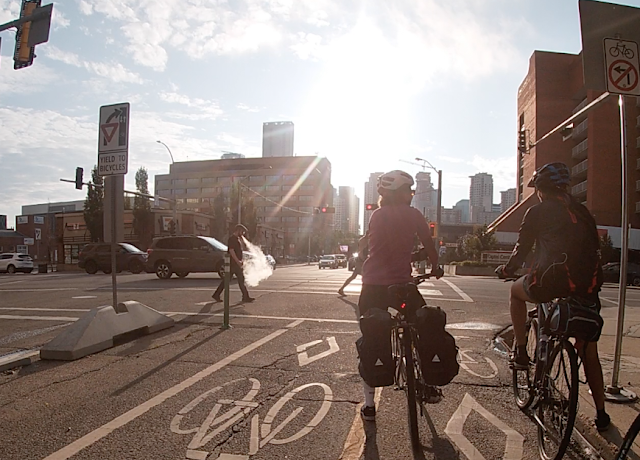 I love riding my bike in the city. I see so much that is precious.