Being sick, looking at old photos, thinking about bungee cords 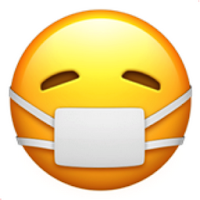 If memory is a guide, I've now been sick for exactly two weeks with a virus that planted its flag in my throat and then advanced to my lungs, sowing a confusion of drip and phlegm on its march. My artillery has coughed out weak replies. To those feeble rattles, the mocking invader has blanketed the countryside with "remember to breathe" tissues.

I do wonder if it has actually been two weeks of coughing and hacking and sinus congestion like the Groat Road Bridge at automobile rush hour. Am I remembering right? The days blur into each other under a pattern that goes like this: sleep, take pills, use inhaler, swallow cough medicine, consciously inflate my zeppelin lungs. Then: watch whatever Top 100 sports highlights package is on TV, make it to No. 98, fall asleep under the sway of the monitor's hypnotic colours. I have omitted the less elegant aspects of the assault and retreat.

This is how desperate things have been. I haven't been on my bike for two weeks.

My bike hasn't been far from my sight, though. Because in addition to watching a little TV when awake, I've performed a little computer library science, making a dent in the digital photos that have piled up over the years. (If, that is, digital artifacts can properly be said to pile up.) One by one, I tag the pics and move them to an external drive, along the way finding memories that had come loose.

Like the day last year I rode my bike up Delwood Hill to see the present and the past. I grew up in Delwood in the city's northeast end where that hill was the landmark, the peak, the vantage point and the keyhole that delivered a view of a city and life beyond. I didn't remember going up the old brown hill on a day in April 2018 until it was IMG_2549.jpg's to be considered in the archiving project.


Or IMG_3606. jpg, a still life of groceries and reading material from a day outside Andy's IGA last June.

Or IMG_5557. jpg outside Canadian Tire on Grey Cup Sunday.


Or IMG_9682. jpg, a screenshot of the happy day last month I delivered the bungee-corded components of @drdagly's Barista Bike, bean grinder, water tank and all, back to his place in time for reassembly and appearance the next morning at Coffee Outside.


Not all the photos that resurfaced during my sickbay cataloging featured my bike and a bungee-corded payload. But enough did to get me thinking about photography. The way in which a photo is, whatever else it is, a piece of memory technologically removed from the decaying body of the photo taker and suspended in a media brine and secured from the passing of days.