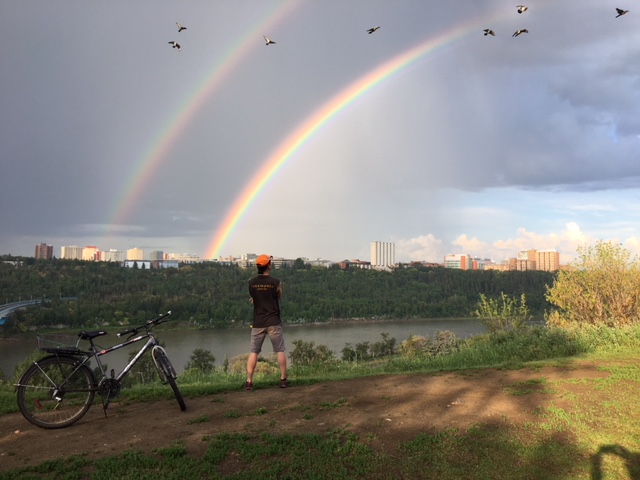 This picture captured me this morning.

The elements came together. Rainbow, shining birds, stormy and clear sky, light, dark, river, bicycle, the University of Alberta, a man with orange hat, arms crossed, standing in witness. In the bottom right corner a kind of shadow signature.

I took the picture and then took a chance.

"Hello," I said to the man with the orange hat.  He took an earbud out of his right ear.  "Hi. I took a pic and you might like it and if you do, here, take my phone and email it to yourself."

He looked at the picture and smiled and said wow or that's cool and he took the offered device and entered his email address. While this was was happening, my friend Maryanne recorded the scene of two men, two rainbows, one phone. 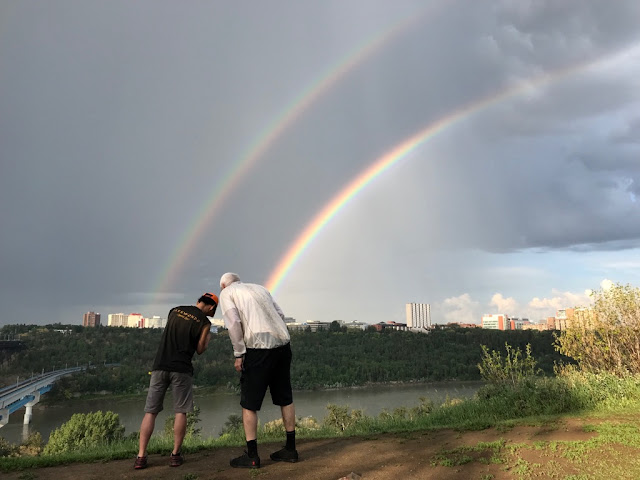 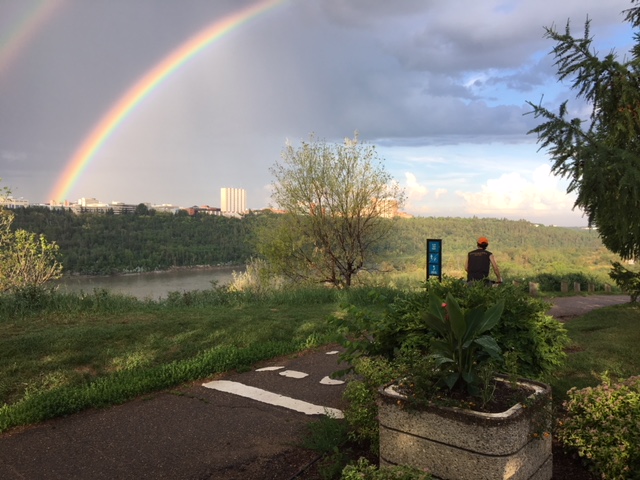 What was he thinking about? A love? A lost love? A promise? A broken promise? A joy? A pain? A plan? Nothing? 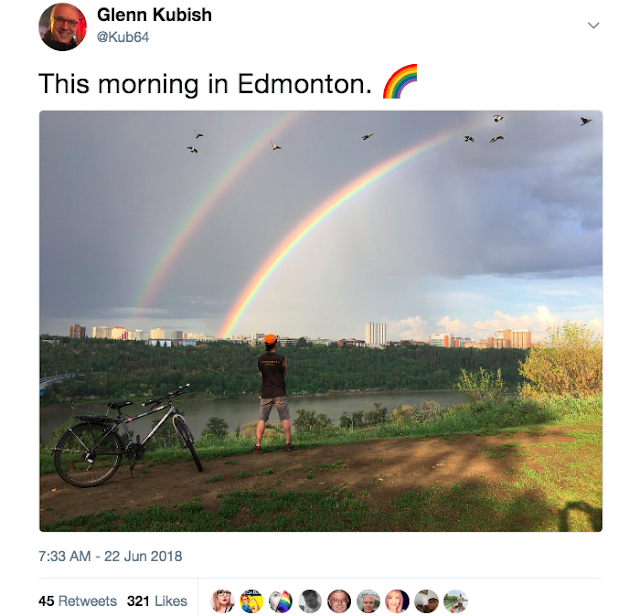 Later in the morning, this email from the man in the orange hat dropped in.

Yes, I did have an amazing and fantastic day. The rainbow was spectacular. So is a camera.
So is email.