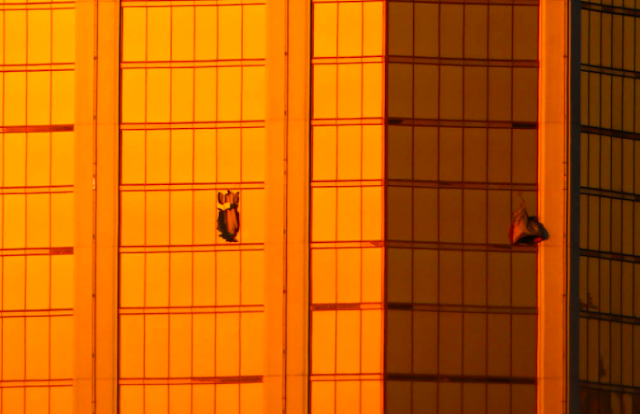 In a newsroom, you have to know what to do, and quickly, when disaster reveals its face. I am thinking now about the recent massacre in Las Vegas where a sniper transformed a tower from an illuminated landmark into a bristling gun nest. He killed 59 people on the Strip below. They had been listening to music.

In a TV newsroom there is no time to stare and wonder. Facts have to be chased, rumours abandoned, tweets tweeted, video reviewed for suitability, anchors called in, production lineups built, stories debated, angles checked off. Find a way to localize the story, bring it home. Were there any Canadians there? Albertans? Edmontonians? Among the dead, the same questions. Think about breaking into regular programming with updates. There are a hundred things on the to-do checklist as the story breaks and then in the days ahead.

At some point in the continuing coverage, there will be an inkling from someone with some meta that televising the massacre itself is an issue. That, invariably, will lead to a version of a story that answers the question, how should we talk to children about mediated events like the Las Vegas massacre? Those stories have good advice that include, invariably, some version of the imperative to hug your children and your loved ones a little closer.

Which is, of course, the impossible work of a lifetime. And good as far as it goes.

I have been thinking lately about what else to do, how else to respond, how to try to re-form myself after something like Vegas. I don't anymore have the luxury of being in a newsroom, where as difficult as it can be to make your living dealing in the heartbreaking, you still get to be busy at it. Activity insulates. The rest of us humankind only get to watch, and try our luck at bearing too much reality. And, of course, spending more time with friends and holding loved ones a little closer.

I live in a city. One of the remarkable things about a city is how reliably it delivers up encounters with strangers. Most of the people I see on my bike rides to and from work I don't know. Truly, I don't want to know them in a meaningful way. I have enough work to do with loved ones, friends and work colleagues.

But, still, I feel, and feel especially keenly at the intersections of my commute, that I owe strangers something and that somehow it profoundly matters. Intersections are where strangers in cities come together. Intersections get us out of each others' ways, but they also reveal where we're at with each other. Who agrees to yield? Who agrees to delay? Does might make right? Do we wave a thanks for an intersection kindness received? Do we signal with a hand-double-heart tap that we made a mistake? Do we see intersections as joints where we can still demonstrate how flexible we are with each other and with the spirit of public give and take that really keeps things moving smoothly?

Do we say hello?

Last week, I was walking my bike across a marked crosswalk on 112 St. A car driver stopped to let me go by. As I passed in front of the grille the dude behind the wheel revved the engine and masterfully shot ahead an inch to try to scare the shit out of me. I looked back and yelled. He laughed and shrugged. His passenger thought it was pretty funny.

What does the Vegas story, the imperative to keep our loved ones closer, and this close encounter outside the Blue Willow have to do with each other?

It's not that there is any equivalence between a mass shooting and everyday bad manners in traffic.  There isn't. It's just that somehow I think the answer to what is to be done after nightmares like Vegas includes not just watching the news and then retreating to our precious private lives to make them more meaningful. There is a faint call also to protect the idea of a life outside the private, a public life where strangers are the supporting characters. I think this is the other work that is waiting for us on streets and at intersections.