May 01, 2016
Edmonton tells itself a convenient snow-white lie that by May 1 every year has officially run out of the gas it is made of.

Politicians are in on it, citizens are complicit in it, the media magnifies it. It has legs. It has traction. It is out in the world. And it has gotten inside.

Here is the lie. (These are not my words, but they were actually written and published. Honest. I share them only because they elegantly and efficiently capture the lie.)


Bicycles will never be a significant all-season transportation alternative in a city where the streets are snow-covered between five to seven months of the year.

There is no end to this superstitious wailing. With tea leaves, playing cards, pentagrams and horoscopes, Edmonton's winter sky is a medium that, when read by the initiated who can descry these dark things, contains our destiny. And the city's destiny is the automobile.

(As an aside, can you imagine what wouldn't have been built if the logic of weather-as-destiny had taken hold in Edmonton? Actually, that is a moot question. There would be no Edmonton.)

It's not that I have no truck with the automobile. It's just that in a would-be big city that experiences winter, the automobile can't be all there is.

The seven months of the year in Edmonton too wintry to allow bicycling are thought to be October through April. In a Leap Year scenario, that means there are 213 days that winter cycling is beyond the pale of reason.  Days like November 23, 2015. 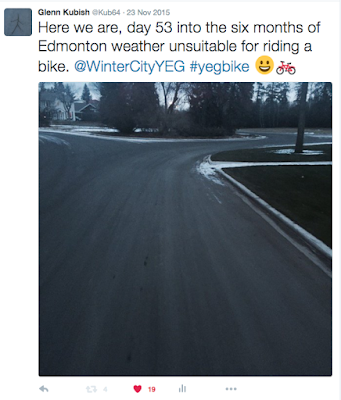 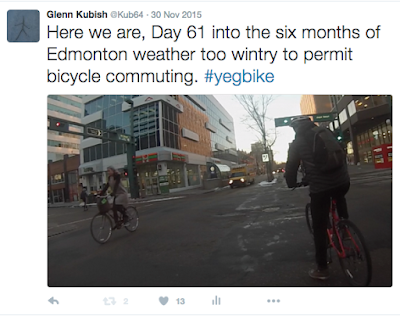 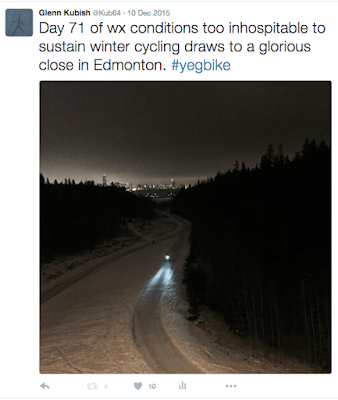 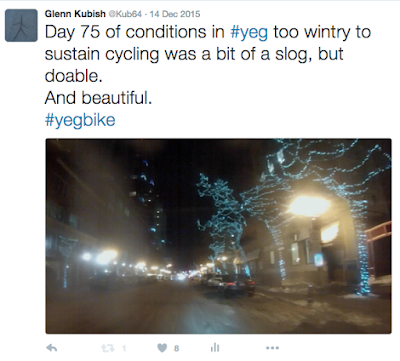 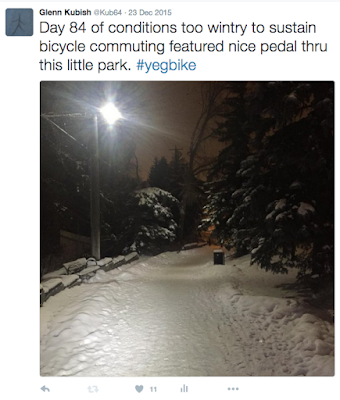 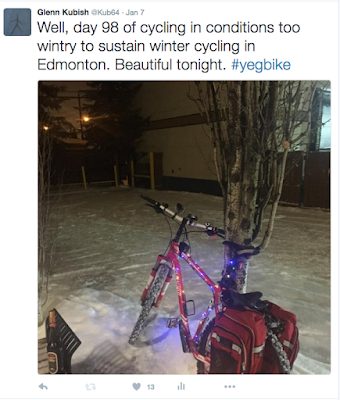 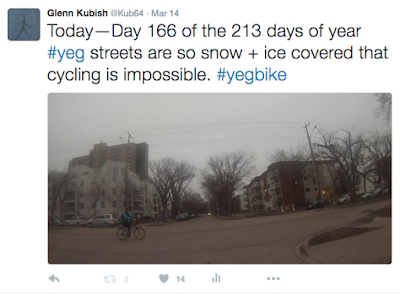 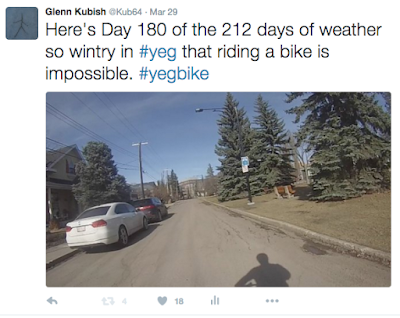 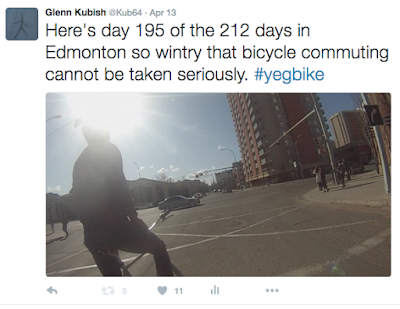 Can we agree that the emperor has no winter clothes?

Can we agree that the verdict against safe bicycling infrastructure in Edmonton is not a pronouncement from the heavens but, rather, a decision the leaders of the city, those who you see and those who you don't, make quite apart from the supposed determinism of some snow and dark? Can we agree it's just about light and lanes and plows and will, just like funding other modes of transportation infrastructure? Can we agree that people who spin the fiction of Edmonton's being a winter wasteland fit only for automobiles deserve some friendly derision? And a jacket and tocque?

If we can't agree to all of that, that's okay, I suppose. Because we can agree that today, May 1, 2016, is a beautiful day to celebrate Winter Bike "Freedom" Day here in Edmonton. 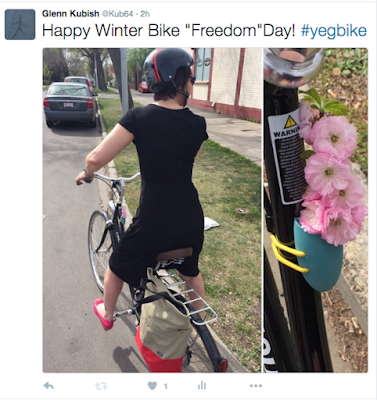