The Chain Is Strong

December 13, 2014
Bill Clark, from all I have seen, is one great cop. The city owes him a lot. The families of murder victims that he has given answers to owe him a lot. Prosecutors owe him a lot. News reporters, who get the benefit of his unique personality and his talent at clipping up (as we would say in the TV news game), owe him a lot. He's the real thing. Like Andy Sipowicz on NYPD Blue.

Now, Bill Clark has convinced more than a few of us it is time to pay. :)

Bill Clark is making news these days, angry that the Edmonton Police Service did not get all it asked for during budget hearings at city hall.


Quick background: Edmonton city council granted the police service only 87 of the 136 new employees the force asked for in the 2015 budget.

Clark made his case to the media, and made headlines by comparing the money the cops didn't get to money that is going to other city initiatives, including bicycle lanes and a suicide-prevention barrier on the High Level Bridge.

Quick background: both of those initiatives were passed unanimously by council.

"We've got several councillors out there that just don't get it," Clark is quoted as saying. "How can you justify $8 million for bike lanes, $3 million for a net on the High Level Bridge when you can look at the Groat Road Bridge and go jump off of that bridge, are you kidding me?"

I am an all-season bicycle commuter and welcome the arrival of bike lanes along stretches of 102 Ave. and 83 Ave. And I get that you can maybe debate bicycle lanes, especially if you haven't seen them or haven't been outside Edmonton to a city, even to other northern cities, where they are in place and where they move people. I get that. I get that bike lanes are dismissed as chic by bottom-line critics.

But to suggest that if you are somehow prevented from jumping off the High Level Bridge that you can simply head over to the Groat, well, that struck me as, well, an opportunity. 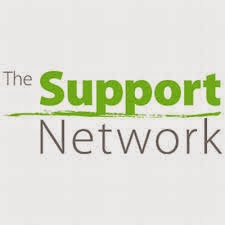 To raise awareness and a bit of cash. Not for bike lanes, but, for suicide prevention. So, I tweeted out the idea to my bicycle commuter friends and kicked in $20 to start the fund and waited to see what happened. This afternoon, as I keystroke this blog, we are at $1,000. Make that $1,420. Make that $1,515.

As the street cyclist/philosopher Laura Gibbs would say: rad.

The money will go to support the courageous work of The Support Network of Edmonton and their
programs for suicide prevention and suicide bereavement. They are great people and the city owes them a lot.

We have 37 donors, so far, in this ragtag effort.  If the statistics are right, most of those generous people are acquainted in some way with suicide. I am.

So, we passed the helmet and have raised a grand. Find me at @kub64 on Twitter if you want to help out. And just an idea: it might be cool if the police passed the hat and matched us. It is the season to connect.