One of the most amazing chapters of my time at CTV Edmonton was a convergence culture moment. The term convergence culture is Henry Jenkins's, and it refers loosely to the meanings created when established media collide with new media. My up-close view of this came in the Duckett Cookie Episode, when then (and that's not a throwaway adjective in this case) Alberta Health Service CEO Stephen Duckett chose not to answer reporters' questions. 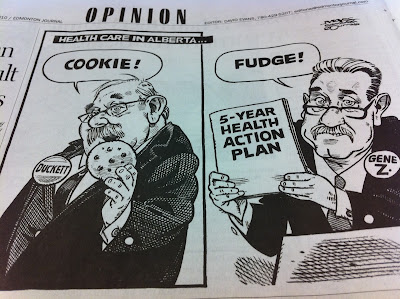 The questions, as it turned out, were about whether he would answer questions, whether he thought he should stop to talk about emergency room wait times. CTV posted the video of that encounter to YouTube. Hundreds of thousands of people viewed the video, thousands commented, scores created mashups. The premier told the legislature that he thought everyone had seen the video. Duckett was subsequently fired. It is not the firing that is of interest to me. Who knows? It may have been politically motivated, and had nothing to do with convergence culture. But the event had everything to do with convergence culture.
I have tried to mine significance by viewing the video and its fallout through various theoretical lenses and with the perspectives afforded by various authors. It has been a remarkable process, following links and bringing voices past and present into the discussion aimed at learning what can be learned from the Duckett Cookie Episode. 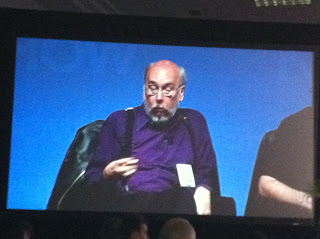 There has definitely been serendipity and good fortune  along the the way. True story: I was in Las Vegas last summer at the NAB convention, and noticed on the event app that Prof. Henry Jenkins was speaking that same day. I had recently finished his book, Convergence Culture, and approached him after his presentation and haltingly told him about the Duckett Cookie Episode. I remember that he listened to me. And he invited me to stay in touch. So, I did. I sent him a couple of emails out of the blue and, from out of the blue, he responded right back, encouraging me to develop this or that angle of my thought. I am very grateful for that. Jenkins wrote:

"Thanks so much for taking the time and sharing this story with me. It's a really great example of grassroots use of the media in ways which are hard to imagine in a broadcast-only culture, and I have to say the actual "cookie interview" footage is nothing short of astonishing."

Jenkins asked that I consider Stephen Duncombe's  Dream. (I will explore that in a future blog.) 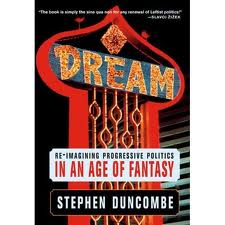 Duncombe's argument pointed me back to Walter Lippmann in Public Opinion, a book I have wanted to spend some time with. It is the joy of learning, when you watch as one author points the way to others. 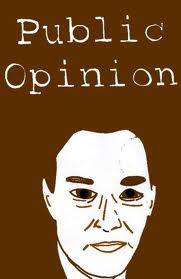 Lippmann, of course, wrote before the mass popularity of television, and in the smuggling into the mass imagination of personalities such as The Cookie Monster, who played a leading role in the Duckett Cookie Episode mashups. But I vaguely sense that there are veins of meaning that I may be able to apply to my Duckett research.
"But at any rate," Lippmann writes, "like Plato in his argument about the poets, [those who wish to censor art] feel vaguely that the types acquired through fiction tend to be imposed on reality. Thus there can be little doubt that the moving picture is steadily building up imagery which is then evoked by the words people read in their newspapers."
Tentatively, I suggest that we are now at the point where mass-reach television has now built up so much imagery that it is automatically evoked by the words we hear spoken by public officials. At some level, isn't this what happened with the Cookie Monster-styled responses to the Duckett video?
And here is more from Lippmann on the power of the photograph...

"Photographs have the kind of authority over imagination today [1921] which the printed word had yesterday, and the spoken word before that. They seem utterly real. They come, we imagine, directly to us without human meddling, and they are the most effortless food for the mind conceivable. Any description in words or even any inert picture requires an effort of memory before a picture exists in the mind."

... and the superpower of the moving picture.

"But on the screen the whole process of observing, describing, reporting, and then imagining, has been accomplished for you." 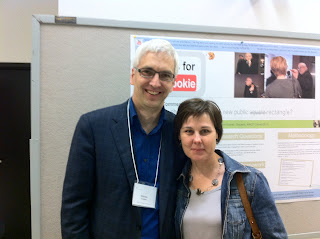 All of this, or some of this, will make its way into my final project. I hope.