Here's to the pavement! 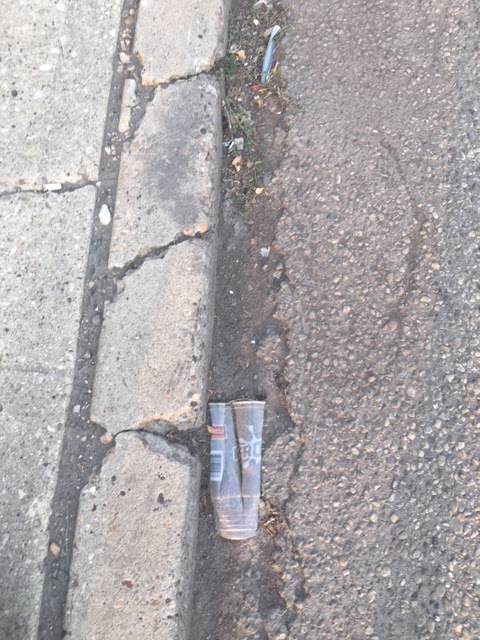 Riding a bicycle every day means looking at the pavement. Riding a bike every day is, added up, probably 80 per cent pavement time and 20 per cent sky.

That's too bad. The sky gets more than its fair share of attention. Attention from the painters and the poets. The sky attracts the longing souls and the dreamers, and those hooked by augury or meteorology or just plain eternity. Stephen Stills did not sing Southern Cross to an intersection.

But we city bicycle riders are pavement and intersection people. Riding a bicycle in the city is inconceivable without the sheets of black paper we scroll across and feel and glance at. So, here's to the lowly street. Here's to the cracked pavement. Here's to the curbs and the gutters that are, and are not, beneath us.

The curbscapes are kinds of forlorn beaches. The curb is the end of the line for the jumble of city material tossed by wind and passing traffic, the wreckage that bicycle riders cannot help but see and register.

On some days, there's stuff that has washed up from beyond. I remember one morning pedalling along 102 Ave in downtown Edmonton and spotting ahead, lying next to the curb, a coil of neon green rope of some kind. It looked like a tangle of exotic seaweed. 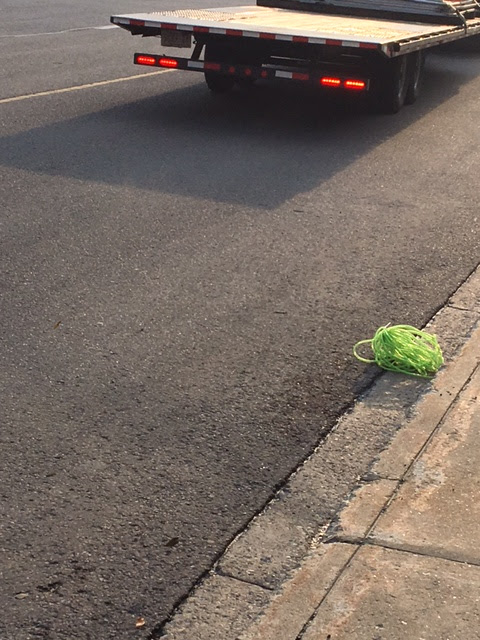 I stopped and picked it up. It was a light, nylon rope. I had no idea what it was intended for or where it had come loose from. Now I was committed. Standing there over my bicycle in morning rush hour traffic with a cat's cradle mess of green rope. What to do with it? I couldn't exactly toss it back. I couldn't even throw it in a garbage bin. And I couldn't stand there. I carefully attached it to my haul, and headed up the strand. 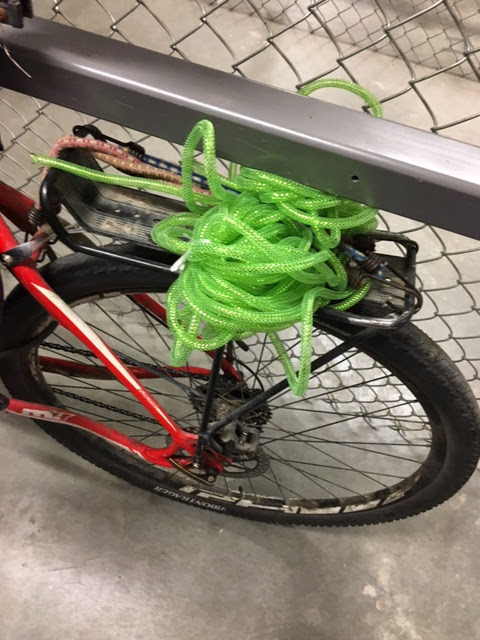 There is a constant temptation to defend bicycle riding as an efficient and clean and friendly way to get from point A to point B. And, for me, it is, and continues to be. But there is so much of the city in between, and down there, too.

So, here's to the unregarded infrastructure that lets city bicycle riders play beachcomber every now and then, and feel a part of the whole place.