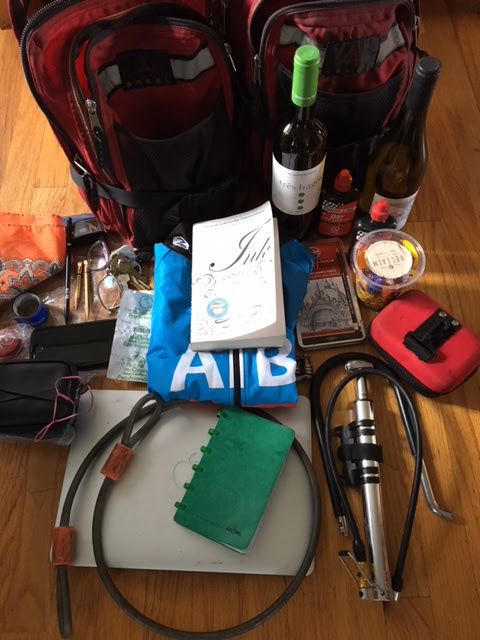 When I pedal my bike through the city, I carry some things with me. Some other things I pick up along the way. Here are the contents of my red Arkel bike bags (Red Bike, Cliff), in no particular order of weight, after this morning's ride.


I try to pack light.
And carry a lot with me.