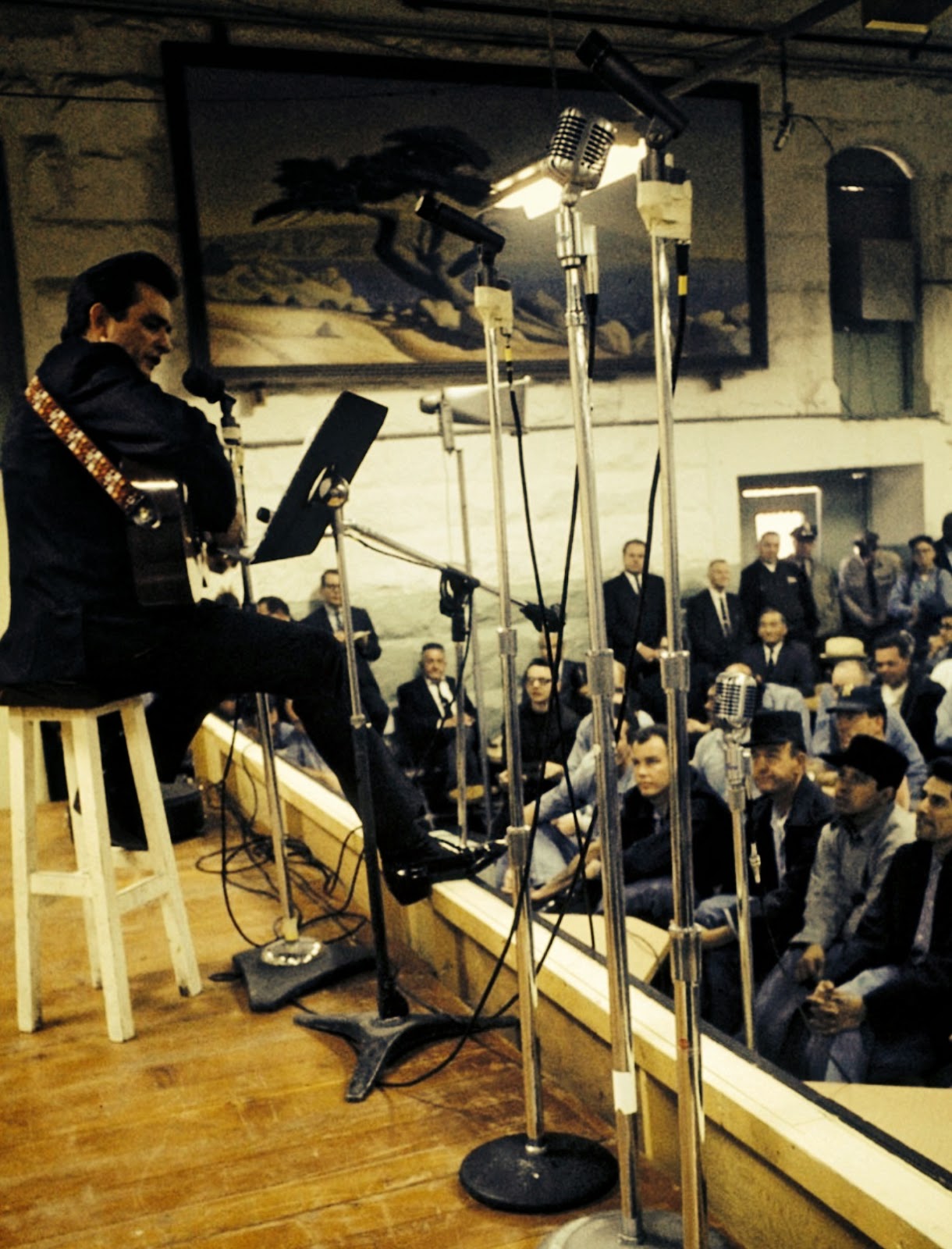 This is one of my favourite pics. Johnny Cash, Folsom Prison, January 13, 1968. I'm sitting in the second row behind the dude with the hat. :)

I searched it out the other day as part of an exercise in the book ThinkerToys that I am reading (and it me) that challenged me to just look at a favourite photo for 10 minutes—straight. That is a very different use of 10 minutes. I don't know what the average time spent viewing any Instagram pic is, but it's not 10 minutes. The goal is to see the photo differently, see more in it, extract from it visual themes that can be transferred to other areas of life.


And what else did I see?

I see pretty painfully clearly that I am a skimmer. I read a pic quickly. And miss a lot. I think I also read words this way, or can read words this way. There is so much to read. So many directions to go. It might be more worthwhile, though, to try to do more justice to what I see and what I read by approaching, even for a bit, words and pictures like a prisoner might.

With nowhere else to go.